After completing his training at the art academy in Antwerp, Charles Grips (as he called himself) mainly focused on painting interiors, usually featuring one or several women absorbed in domestic tasks. The clear light and skilful use of perspective to render space imbue his scenes with a tranquil serenity evocative of the intimate interiors of seventeenth-century genre painters such as Pieter de Hooch. Grips furnished his scenes with household objects and expensive decorative items, an element that became increasingly prominent in his work from the 1880s onwards.

previously for salepaintings by Grips C.J. 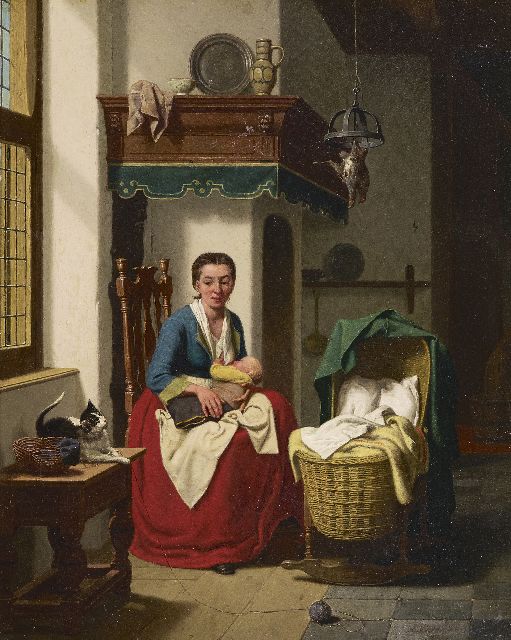 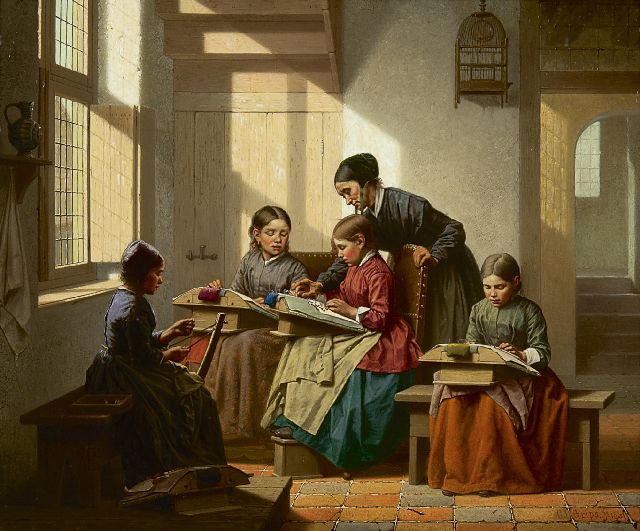 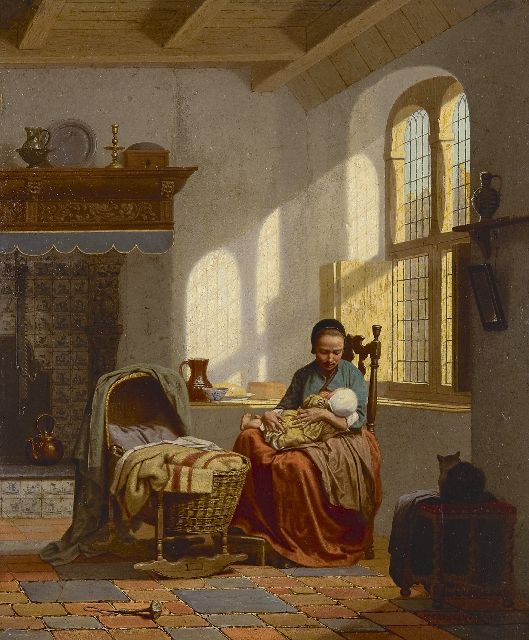 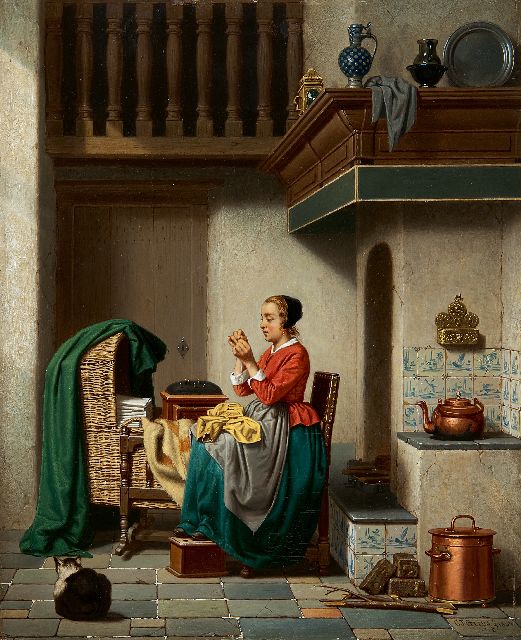 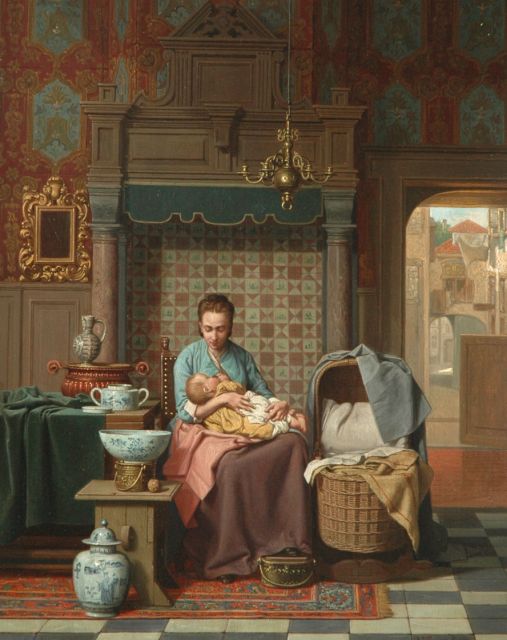 A Dutch interior with mother and child 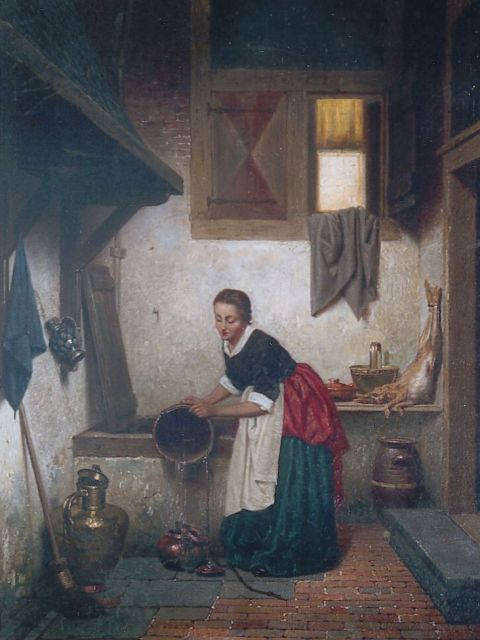