H.J. Scheeres was only 11 when he became a pupil of the Hague-based genre painter Huib van Hove, who had made his name with Pieter de Hoogh-style interiors. Scheeres subsequently built on this training, specialising in interiors and genre scenes, often with sunlight slanting in, as well as pictures of figures in seventeenth century settings and armourers in their seventeenth or eighteenth century workshops. 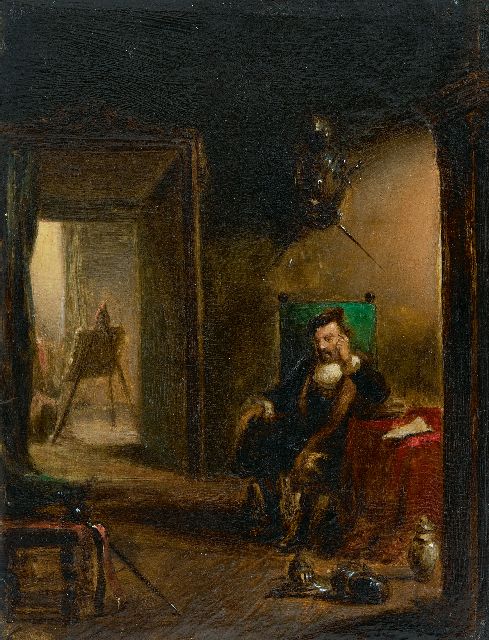 A painter taking a nap in his studio 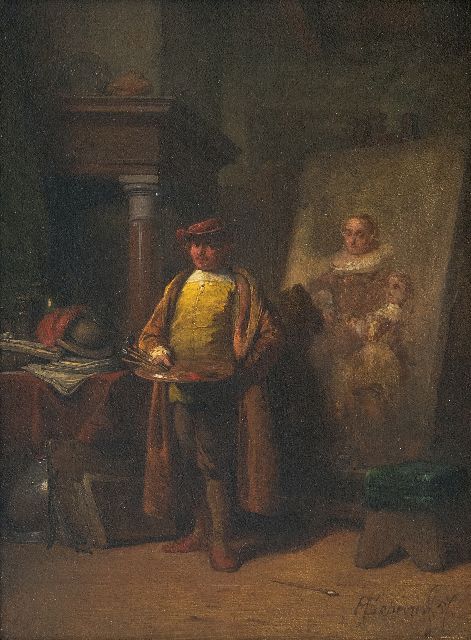 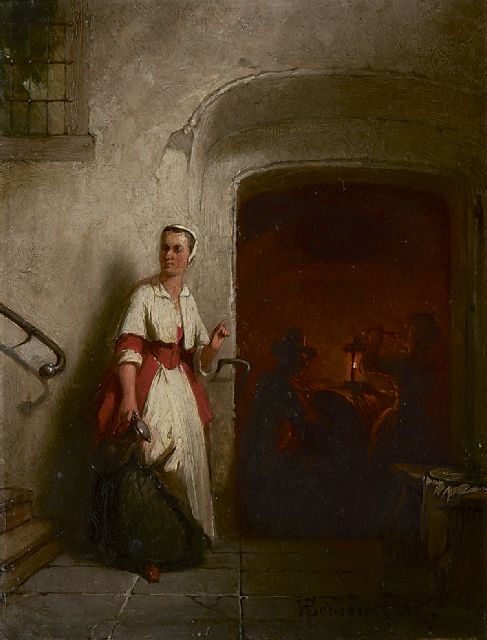 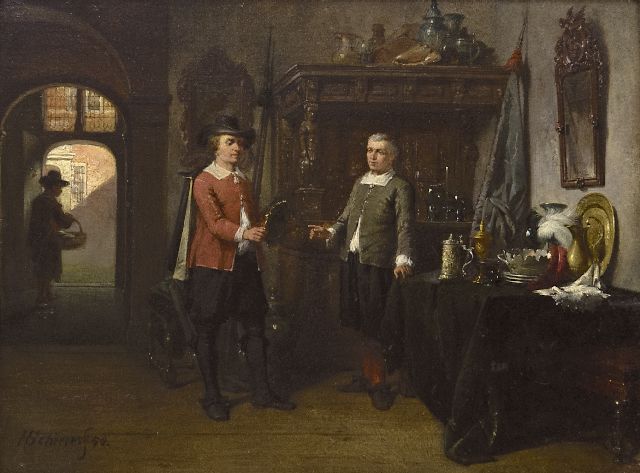 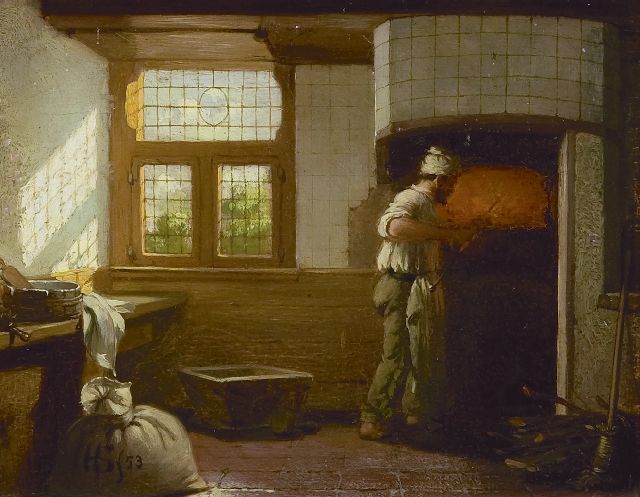 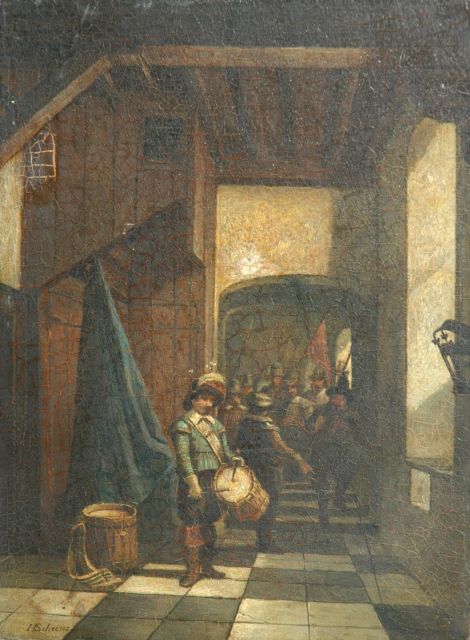 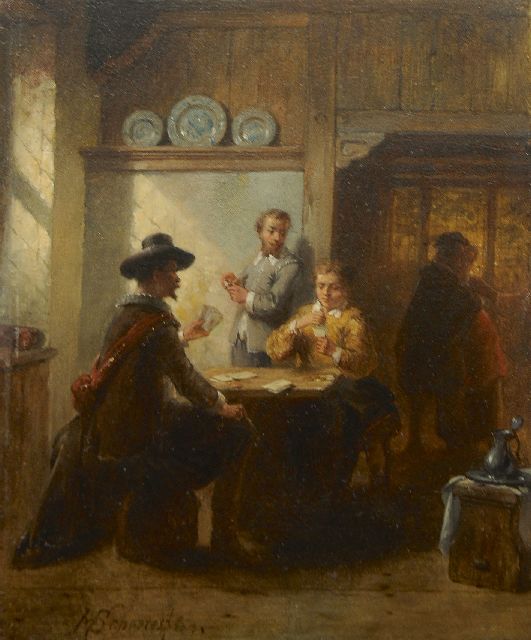 Card players and a courtship in an Old Dutch interior, 1863 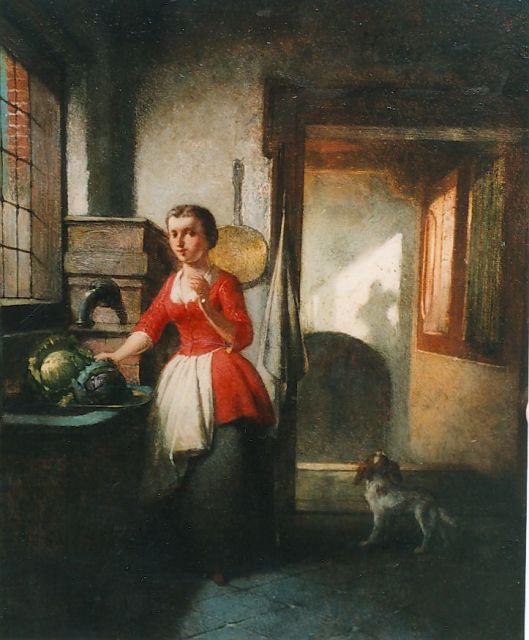 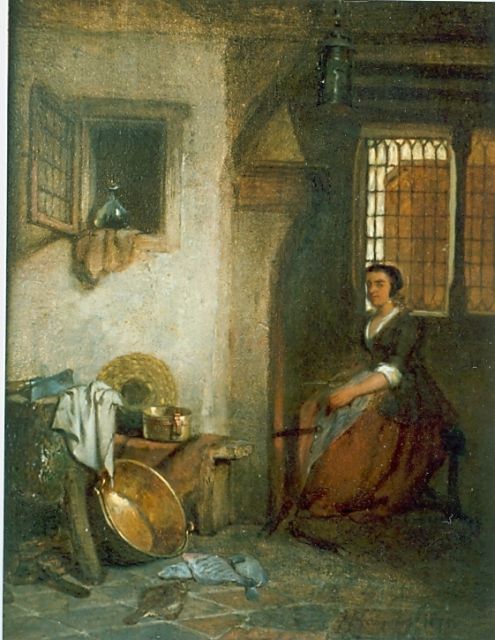