H.J. Scholten painted, watercoloured and etched anecdotal genre pieces, interiors with elegant figures and historical scenes. He completed an apprenticeship as a painter in Amsterdam, as a student of the well-known genre and portrait painter P.F. Greive. His interiors with figures strongly remind of those of the 17th-century painter Pieter de Hoogh. Scholten also painted scenes from Dutch history, with an emphasis on the period of the Golden Age. In 1872 he became curator of the Teylers Foundation in Haarlem (the later Teylers Museum).

previously for salepaintings, watercolours and drawings by Scholten H.J. 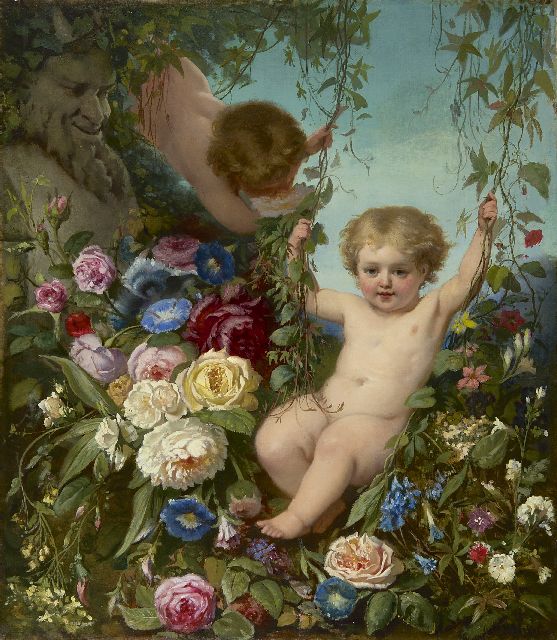 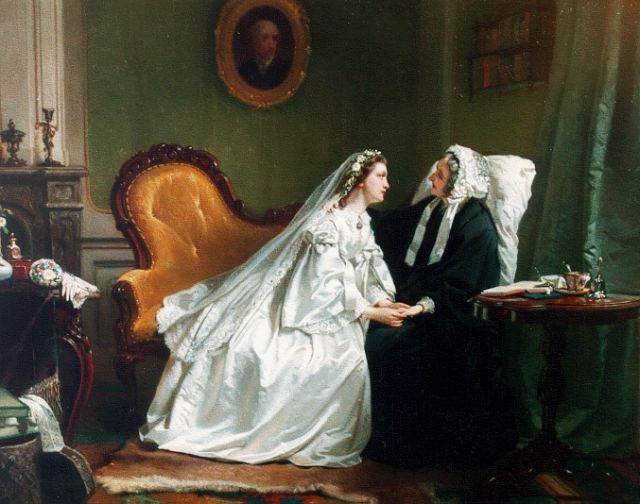 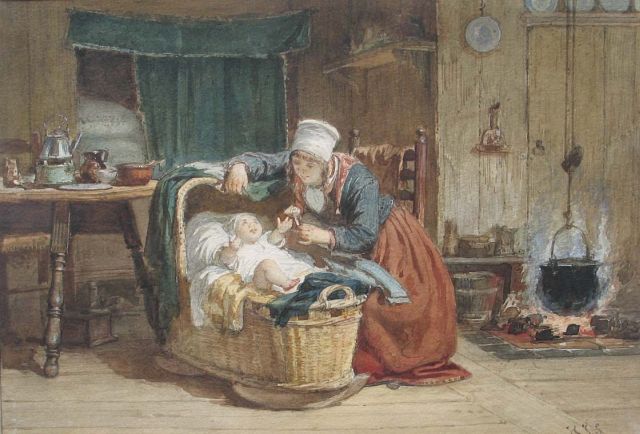 A woman from Marken with her baby