The painter, watercolourist and etcher Jabez Heenck, who died young, has become known for his very finely detailed bird drawings. He was born in The Hague and moved with his parents to Leiden, where his father Engelbertus Heenck got a position (among other things as a taxidermist) at the Leiden University naturalia collection. Jabez was a student of the bird and animal painter Aert Schouman, whose taste he would follow in drawing and painting various types of native and exotic fowl. His work is in the Artis collection and in the collection of the Teylers Museum in Haarlem. 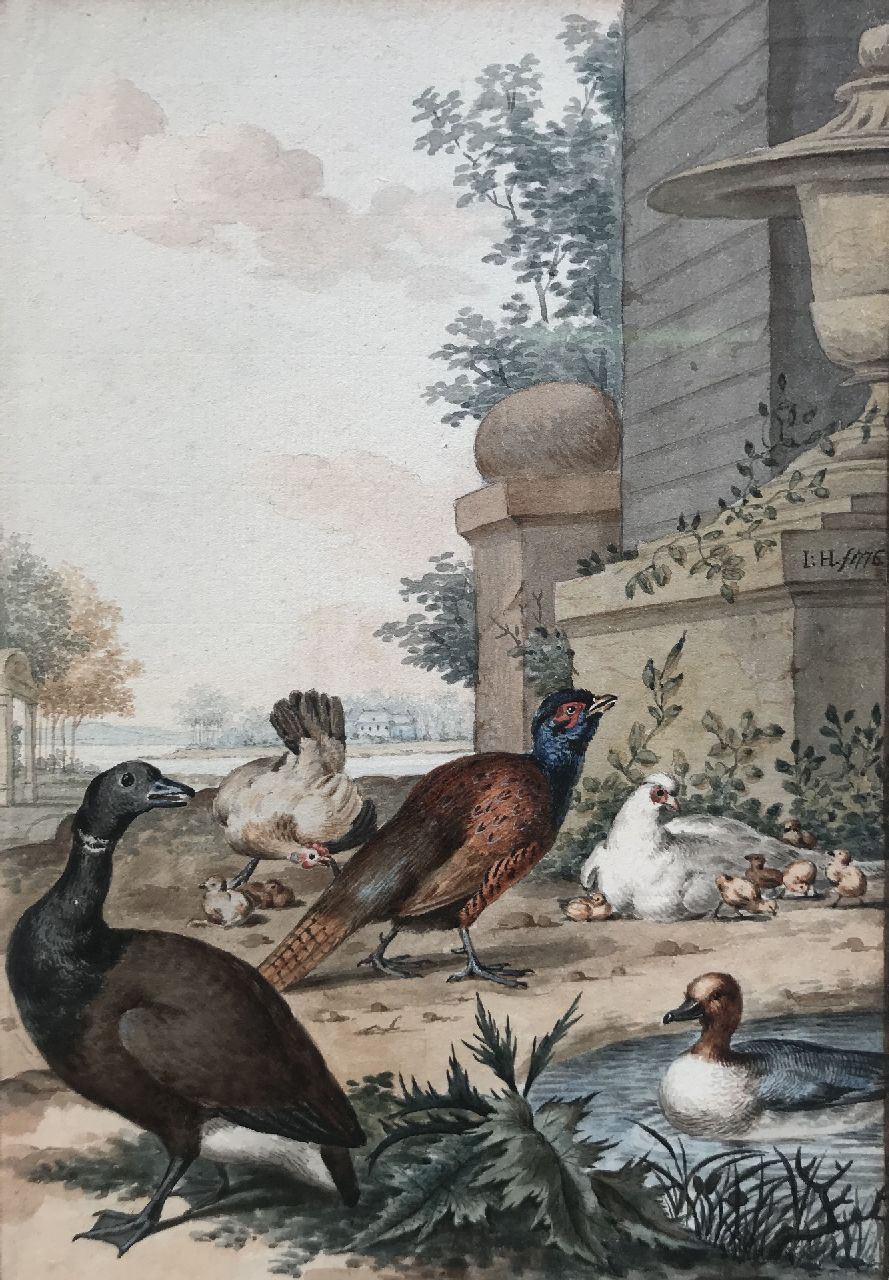 A pochard and other birds in a landscape, 1776