This painter, draftsman and graphic artist, son of the luminist painter Franz Gailliard, was educated at the Brussels academy. Initially he painted impressionistically. After that, Gailliard went through a Symbolist period and around 1918 he became one of the first Belgian abstract painters. Gailliard also lived for some time in Paris. He developed a very personal style that is described as Surimpressionism. Gailliard's themes are very diverse: landscapes, cityscapes, portraits, still lifes and abstract compositions. The artist often incorporated texts into his work. Several Belgian museums have included work by Jean-Jacques Gailliard in their collection.

for salepaintings by Gailliard J.J. 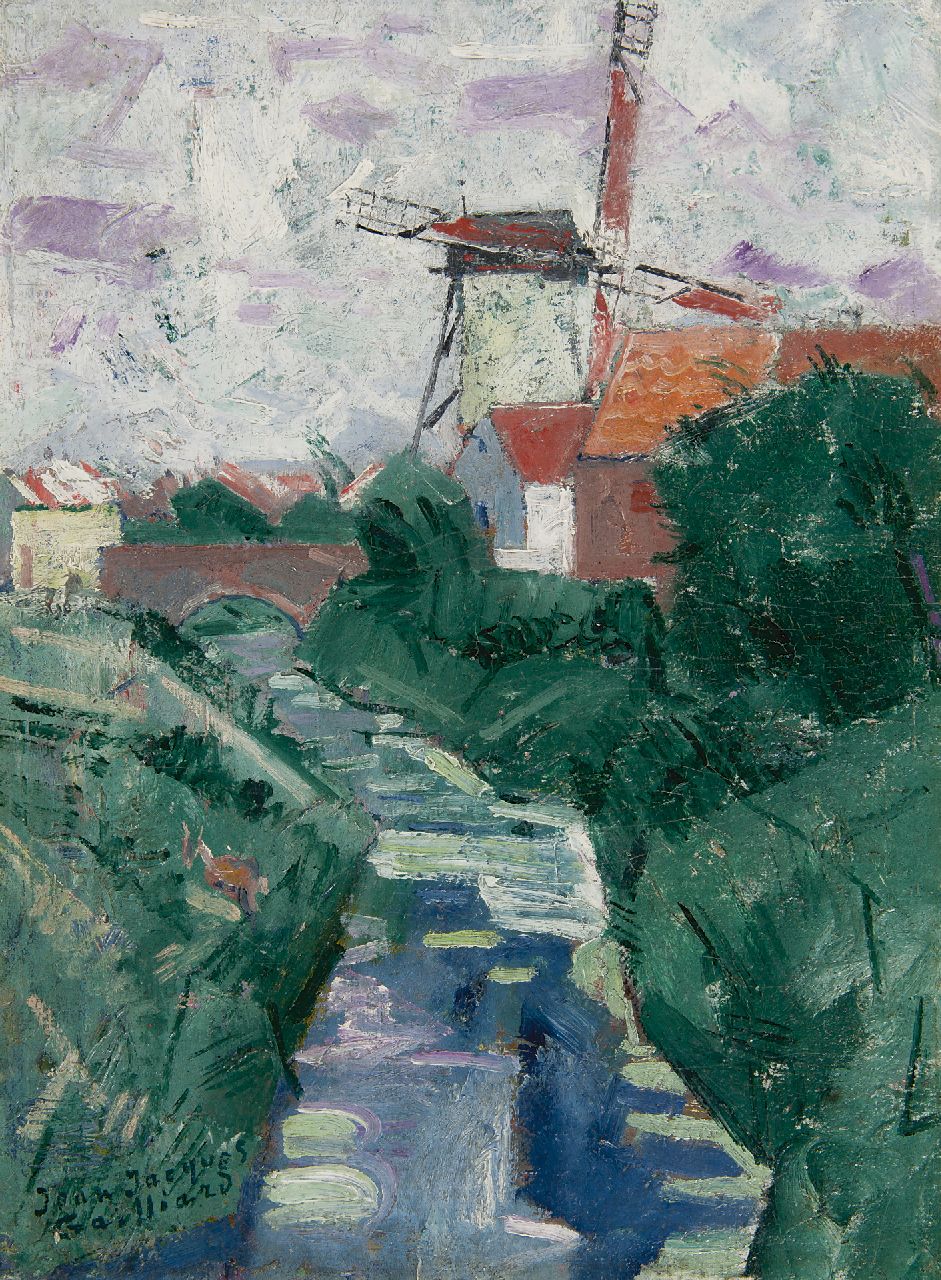