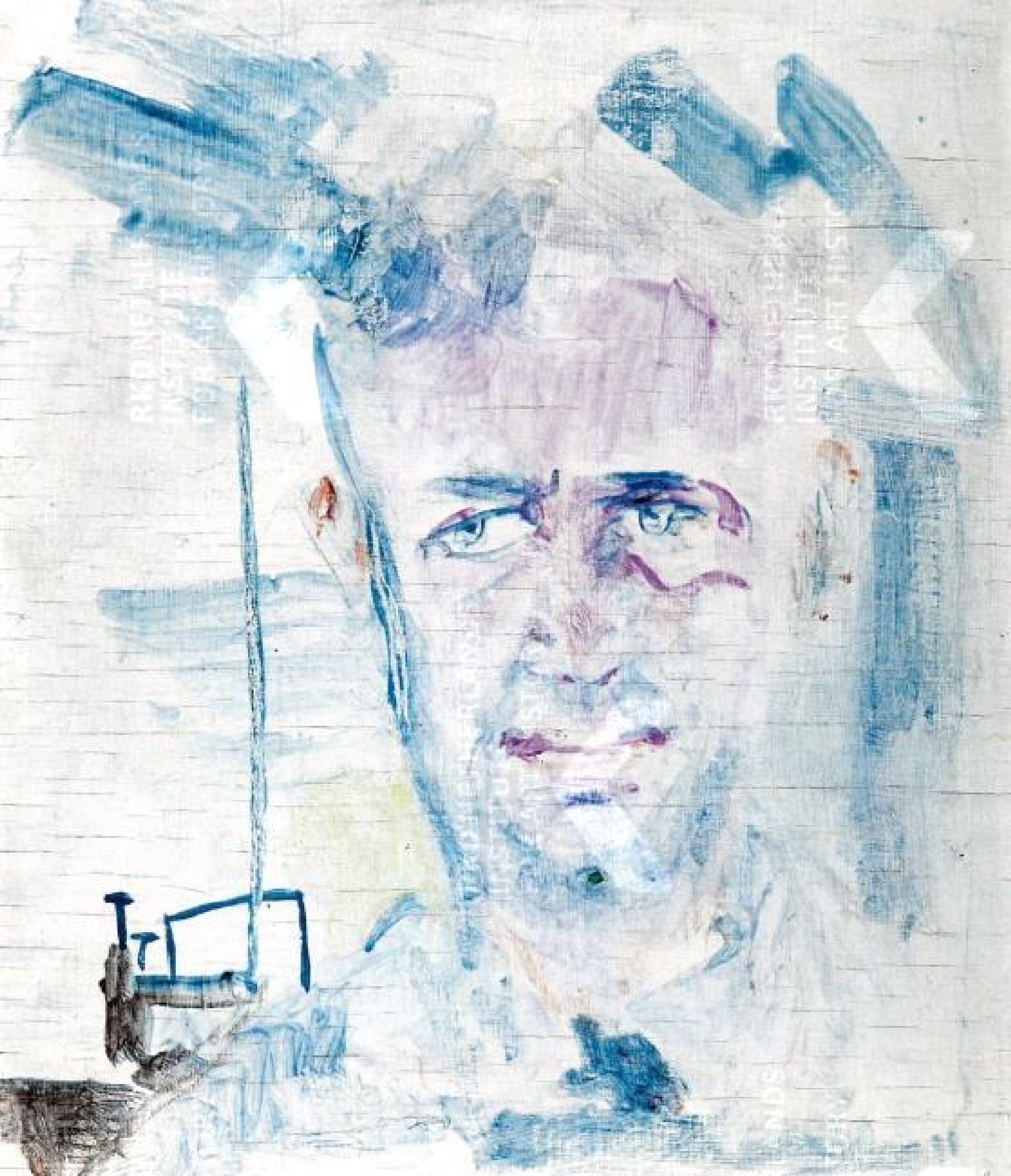 Jacob Gerard (Job) Hansen is one of the most fascinating painters of De Groninger Ploeg. His artistic career was somewhat different from that of the other members of De Ploeg. Hansen attended the Higher Trade School in Groningen and in 1920 found a job in Amsterdam as a correspondent abroad at the Company for the Operation of Fine Timber Trade and Steam Sawmill. There he lived in rooms with Johan Dijkstra in the same house, where he also met Jan Wiegers. In 1922 he returned to Groningen to work as an architectural draftsman at the architectural firm of Evert van Linge. He designed homes and completed renovations. He designed a house in Warffum for fellow team member Ekke Kleima. As an architect, Hansen had a preference for the formal language and views of the avant-garde group De Stijl, which included Theo van Doesburg.

Hansen joined De Ploeg in 1923. As a non-painting member, he was appreciated for his great knowledge and interest in modern painting and his artistic involvement. He wrote various texts for catalogs by De Ploeg and contributed to Hendrik Werkman's magazine The Next Call, in which he described the artist's climate in Groningen in his own unique way and examined the work of Jan Wiegers, Jan Altink and Hendrik Werkman. Hansen was much appreciated for his sharp eye.

In 1925 De Ploeg's annual exhibition took place in the halls of Pictura Groningen, for which only progressive work was selected under the direction of Hansen. It would be the most pronounced exhibition of De Ploeg and led to an internal conflict with the board because of the too modernist direction. That is why Hansen again thanked for membership in the same year.

From 1927, when architect Evert van Linge had to give Hansen an honorable discharge because of too few commissions, Hansen decided to start painting again. Together with Jan Altink and Hendrik Werkman, he set out to explore the Groningen countryside on foot or by bicycle, especially in the area between the Reitdiep and the Boterdiep. He learned from Altink that 'things have no color, only light has color'. And soon Hansen developed his own style, based on an unconventional way of handling paint and carrier. He found the easel awkward, but a plywood panel, which he provided with a white tone, was easier to take with you and to put on your lap. He then applied paint diluted with petrol. The white background was an important visual medium. For him it represented light and space, from which his performances sometimes appear barely recognizable. Due to the strong similarities with the watercolor, this technique was called 'petrol riot'. 'The petrol reeling technique allows him to let the brush go over the panel without any obstacles, light and free ... The smooth brushwork, the thin colors and the limited definition of shapes give these paintings a fleeting character and also give them a certain degree of abstraction. In those cases, personal imagination and characterization of the landscape go hand in hand '(Han Steenbruggen).

Hansen increasingly painted in his studio, after moving to the city center of Groningen in 1933. This studio was a kind of observatory from which Hansen captured his immediate living environment in increasingly expressive use of color and more sketchy representations. From here he was able to experiment better than in the countryside. In addition to a wide brush, Hansen also increasingly used his hands and that gave a lot of mess outside if he had to go home by bike afterwards.

After Hansen rejoined De Ploeg in 1935 and took part in the annual exhibition, he experienced fierce criticism in Het Volksblad: The work of J.H, Hansen is of a wild, uncontrollable powerlessness; for the time being we refuse to call a sloppy-purple brush on top of a gruff green mass with ditto secondary parties a painting. 'Johan Dijkstra in the Provincial Groninger Courant was positive.

The friendship with Werkman was very important to Hansen. They had the same interest in innovations and strong ideas about this. He was one of the first to buy the 'prints' from Werkman. After Werkman was killed by the Germans in 1945, he cared about Werkman's family and his artistic legacy. This brought him into contact with Willem Sandberg, at that time director of the Stedelijk museum Amsterdam, who organized his first retrospective exhibition in 1953. After World War II, Hansen's palette became more colorful with more intense contrasts. The Groningen landscape was still a favorite, alongside flower still lifes, sailing boats and wall sides on the Paterwoldsemeer from his canoe.
© Simonis & Buunk

for salepaintings by Job Hansen 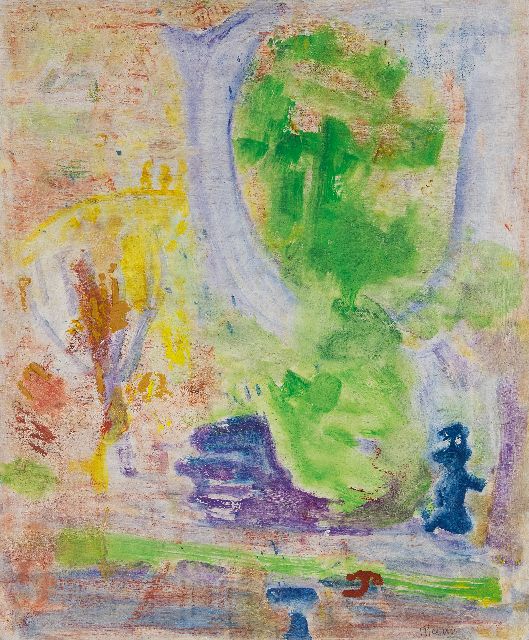 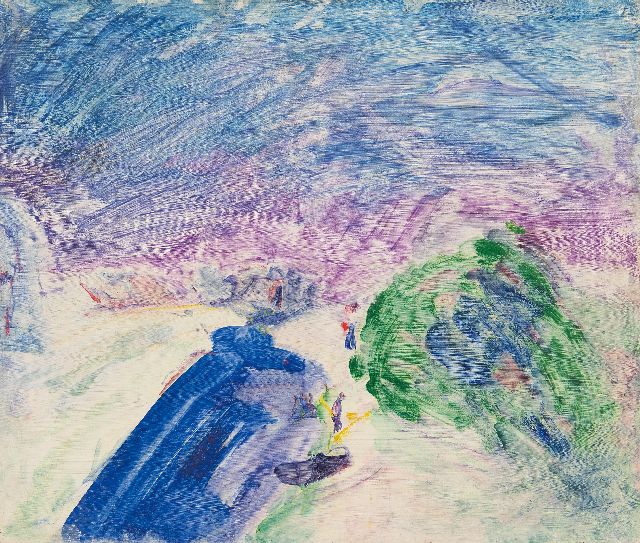 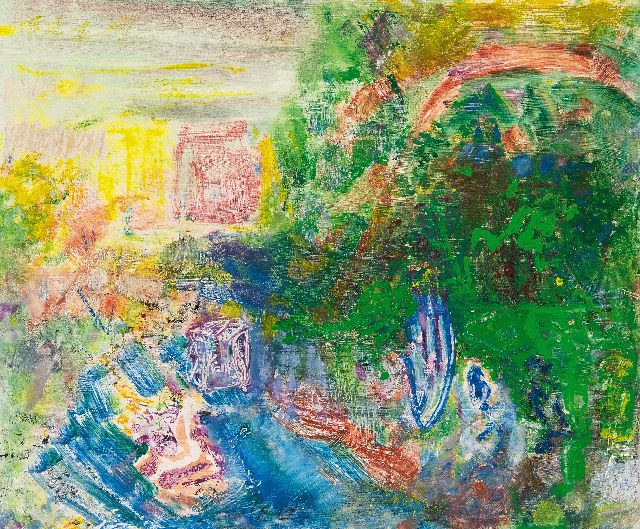 previously for salepaintings by Job Hansen 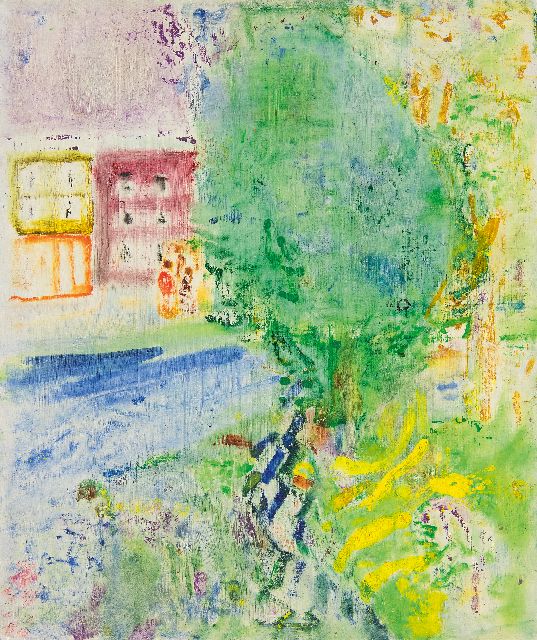 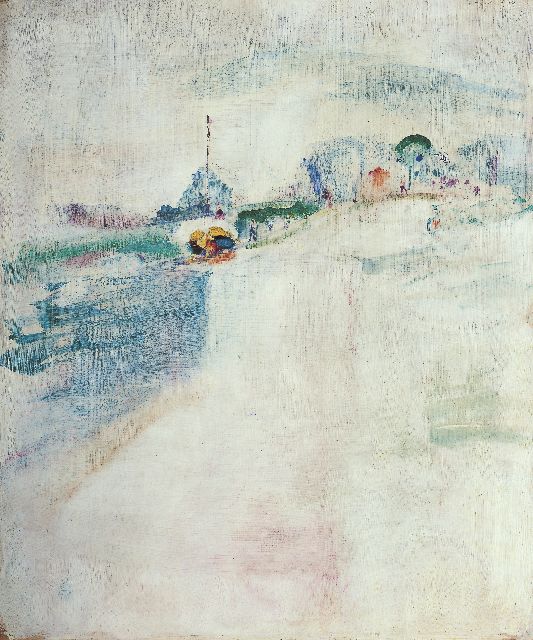 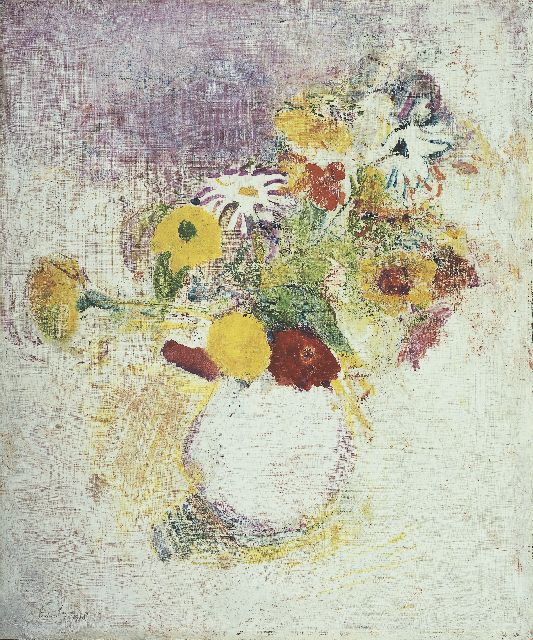