Marius Bauer came from an art-loving environment and visited the Haagse Academie from 1879 to 1885 together with Breitner, De Zwart and Willem van Konijnenburg. Initially, he was primarily known as an etcher, but after the turn of the century, Bauer developed more and more into a watercolorist and painter. First these were still lifes and scenes from the mundane life, colorful and sketchy portrayed under the influence of the Hague School and French impressionists such as Degas. In 1888 he made a trip to Constantinople. From that time on, the exotic atmosphere of the Near East was a source of inspiration for him.

for salepaintings, watercolours, drawings and prints & multiples by Marius Bauer 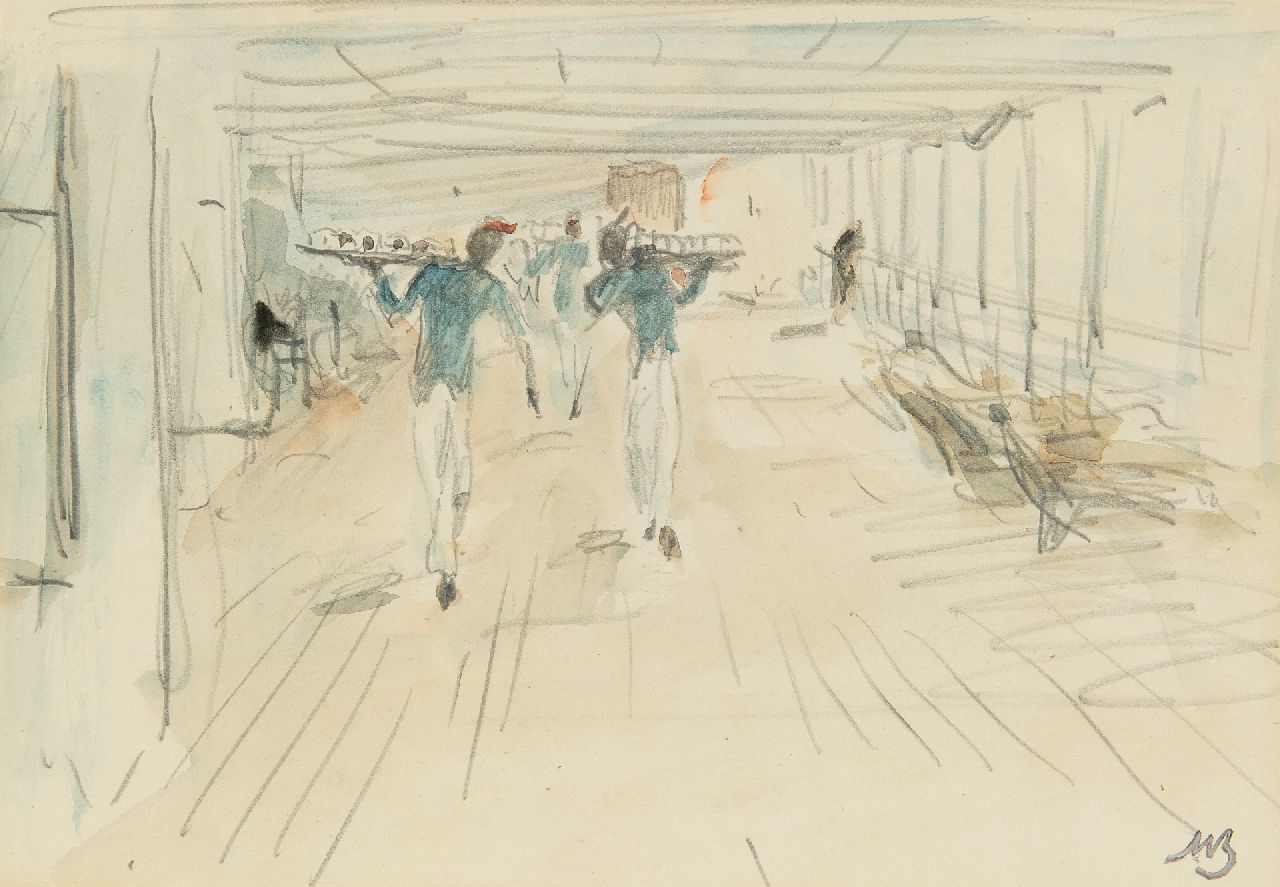 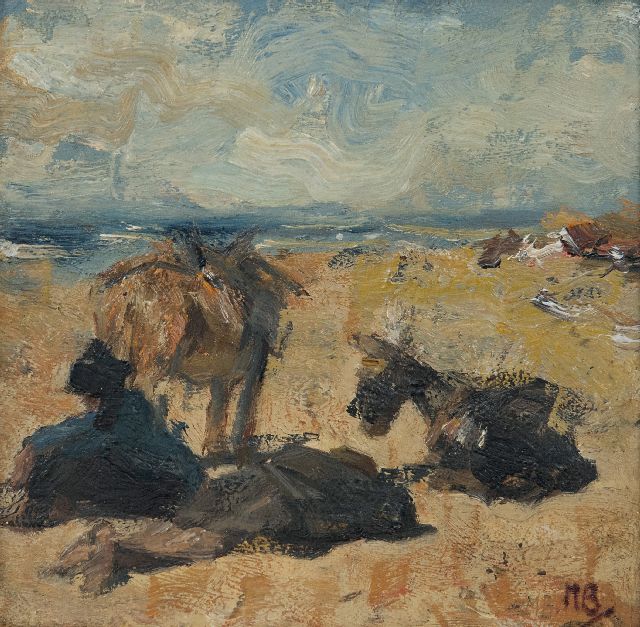 Donkeys resting on the beach 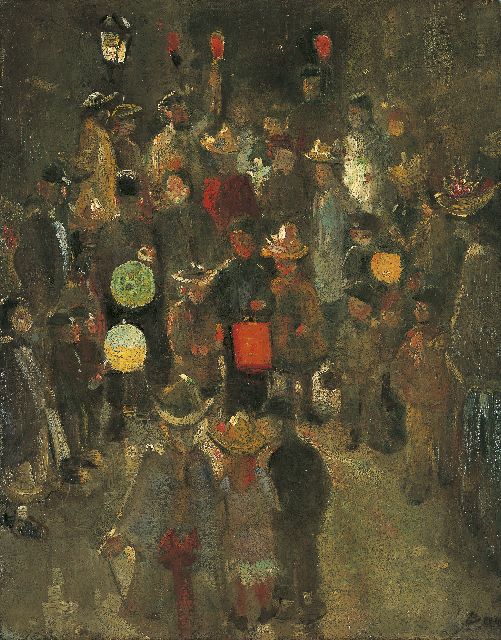 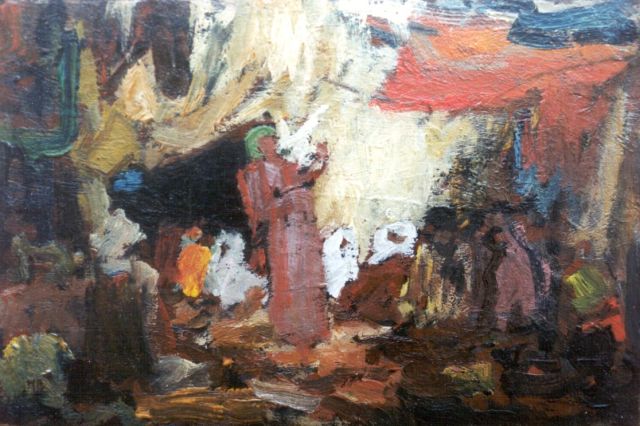 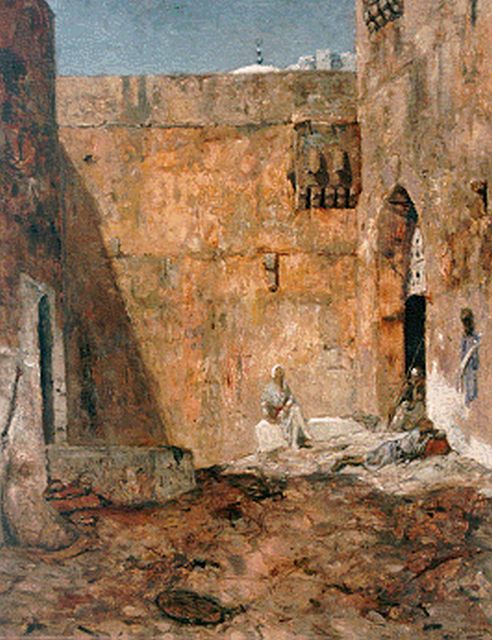 Guards on an Eastern courtyard 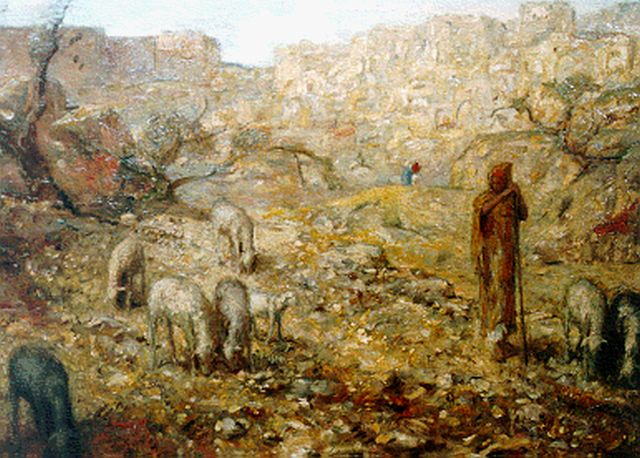 A shepherd and flock, Jeruzalem 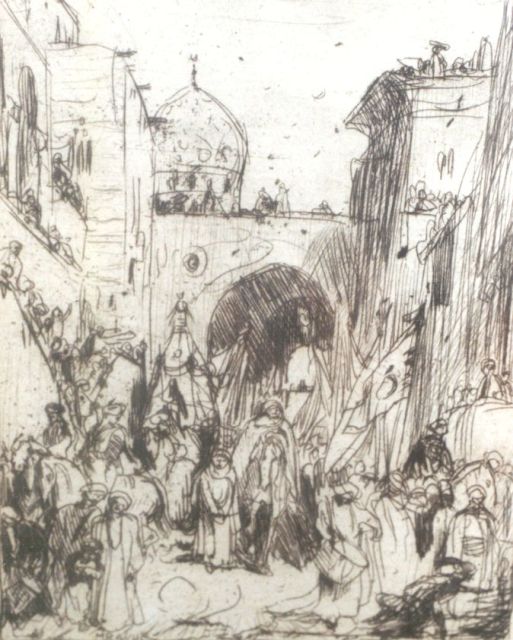 A wedding in Cairo 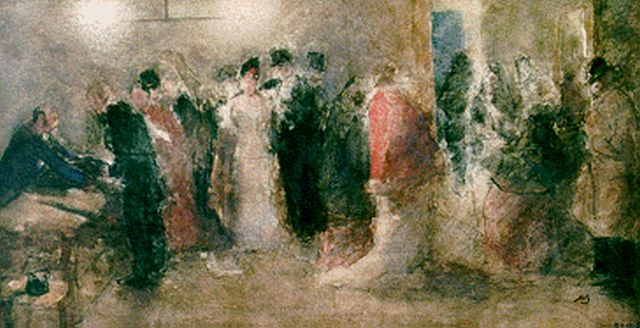 The cloakroom of the 'Haagse Stadsschouwburg', 1886 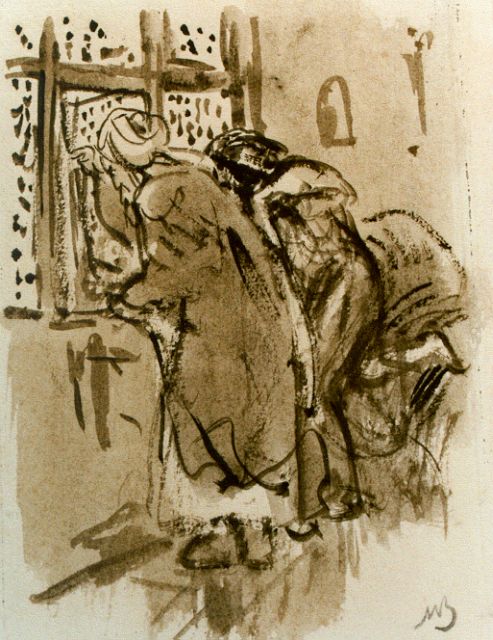 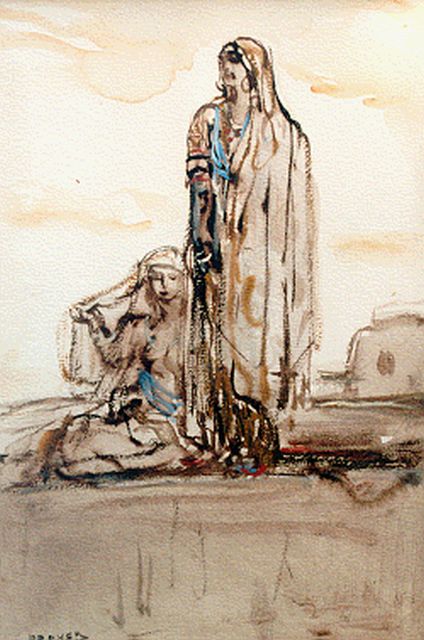