Like his brothers Elchanon and Salomon Verveer, Maurits Verveer was a painter who worked in The Hague. He started out painting pictures and producing wood engravings and together with his brother Sam (1813–1876) painted seaside scenes with boats. Maurits left off painting around 1855 when he discovered photography. At his photo and portrait studio in Wagenstraat, and later in Zeestraat, he took pictures of many eminent contemporaries, establishing his reputation as one of the first photographers in The Hague. He may have resumed painting after 1890.

for salepaintings by Maurits Verveer 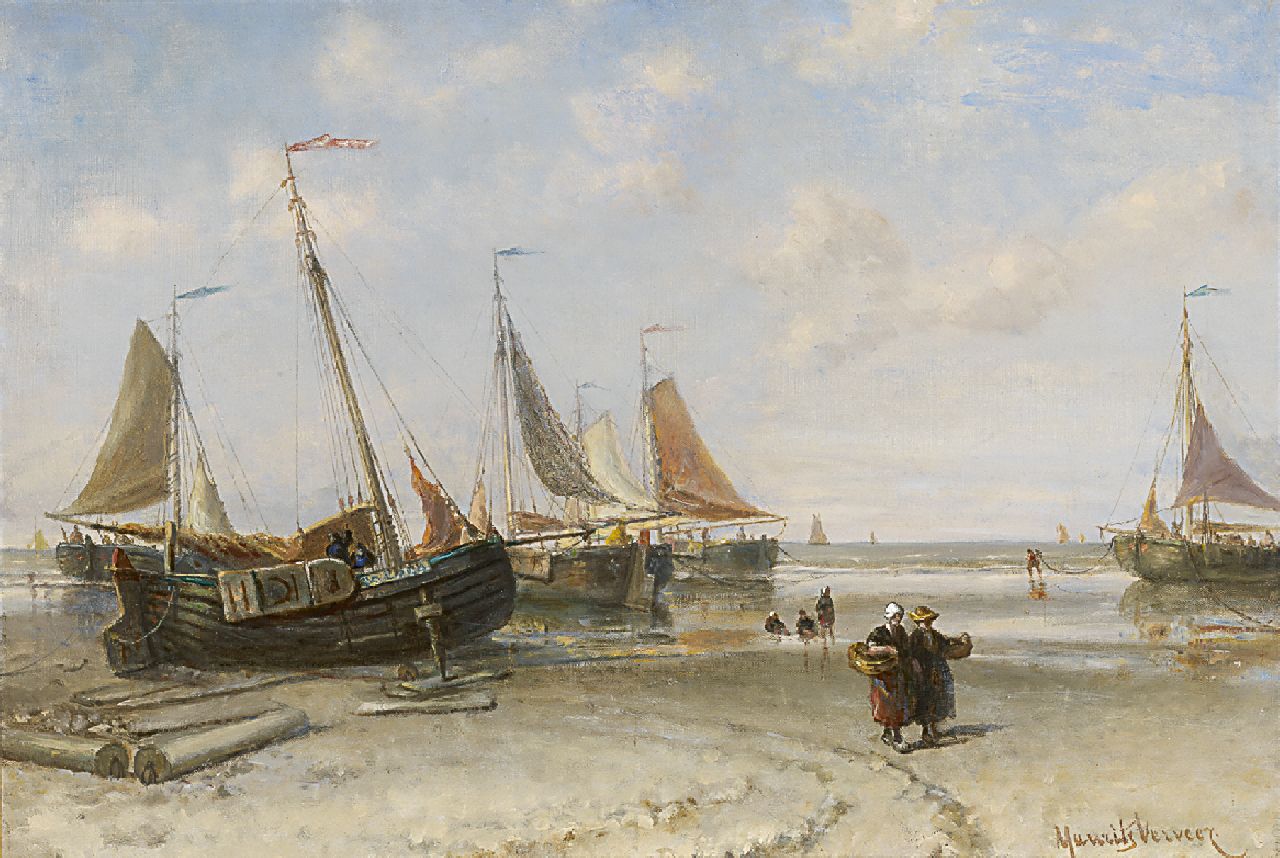 Fishermen's wives near the fishing boats along the coastline