Piet Ouborg is considered one of the go-getters of modern art in the Netherlands. He spent the years 1916-1938 in the Dutch East Indies. This period was decisive for his artistic development. He fell under the spell of Eastern art, which is strongly linked to the mystical and spiritual. He also felt closely related to the European Surrealists: he shared their view that the task of art is to make the unconscious visible. Ouborg developed his own interpretation of surrealism, which gradually evolved into abstract expressionism. His work often shows a great lightness and spontaneity of the gesture and is related to the art of the Cobra movement, more discreet, but just as vital. Ouborg was a member of Vrij Beelden (1946-47) and Liga Nieuw Beelden (1955-56) 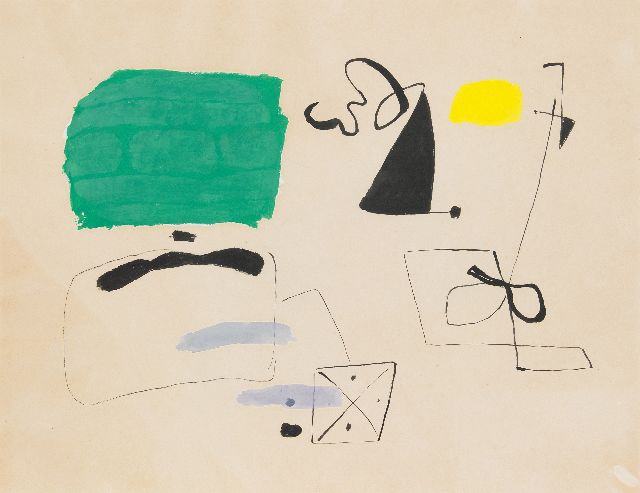 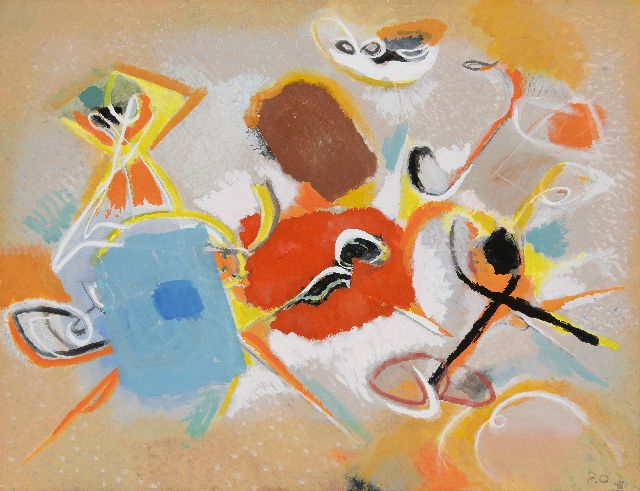 In heftige beweging (In Violent Motion), 1948 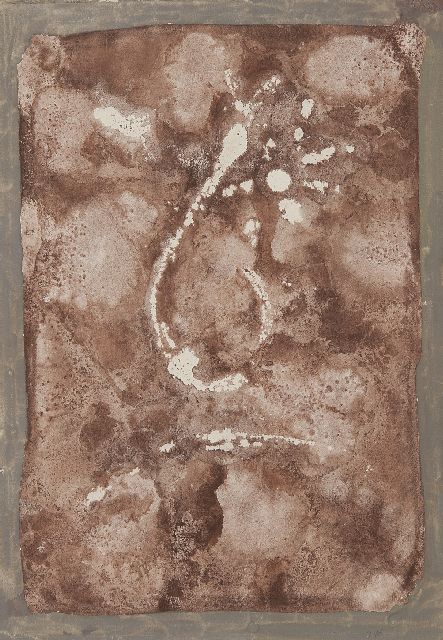 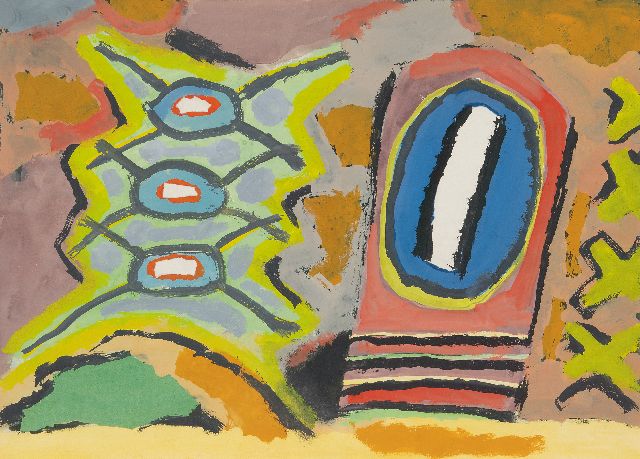