Siep van den Berg began his artistic career as a house and decorative painter in Groningen, but when he lost his job in 1932 during the Depression, he decided to make a career switch to fine art. Initially he painted in an expressionistic-impressionistic style influenced by Jan Altink. After 1947, when he began spending part of each year in Paris, Van den Berg started to divide his picture planes into angular fields of colour, inspired mainly by the French Cubists and Mondrian. Around 1953 he moved to Amsterdam, where his work gradually moved away from realistic representation and evolved towards compositions built up of separate, wholly abstract shapes. Siep van den Berg was one of the few Dutch painters to make a name for himself in the post-war constructivist movement, which favoured rigid abstraction. 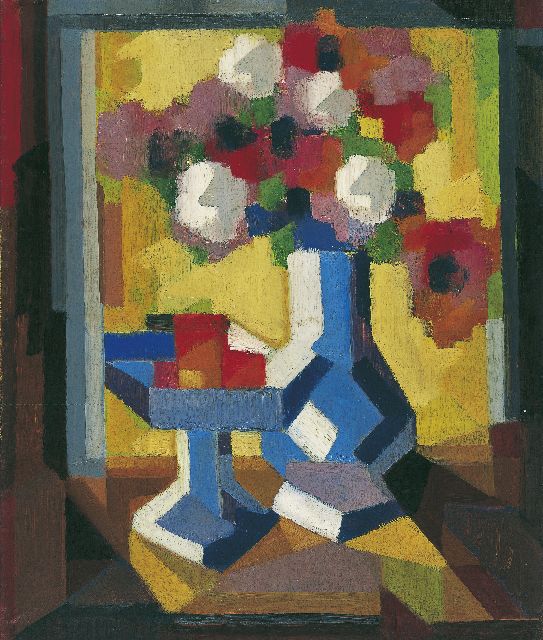 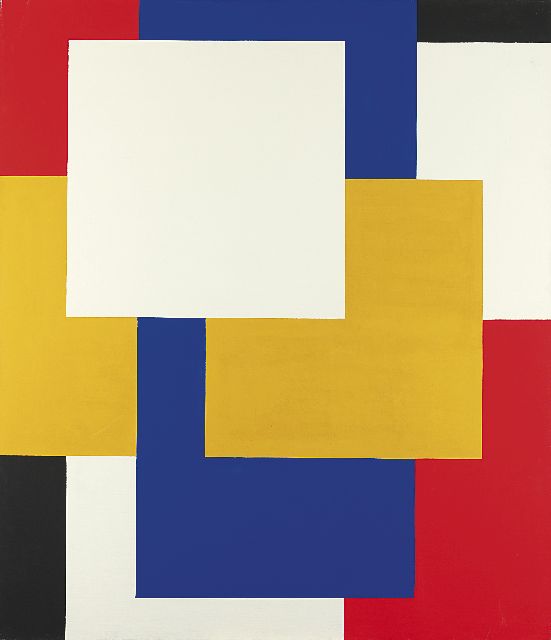 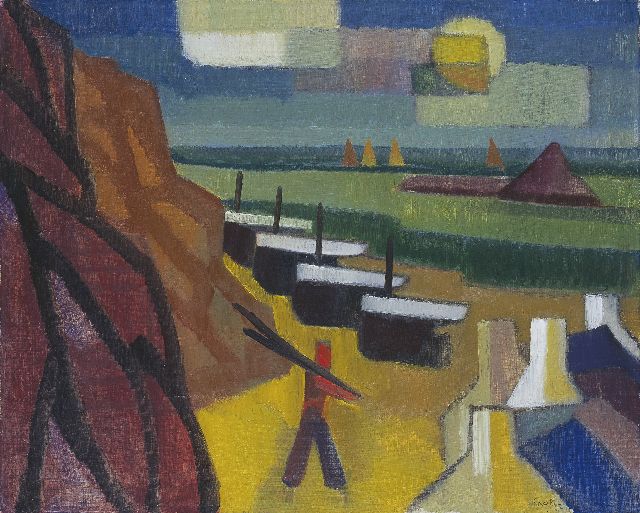 Fishing boats on the beach of Cancale, Bretagne, 1952 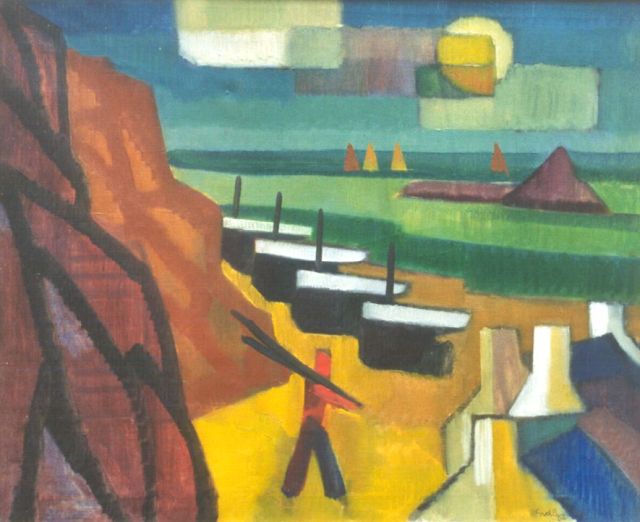 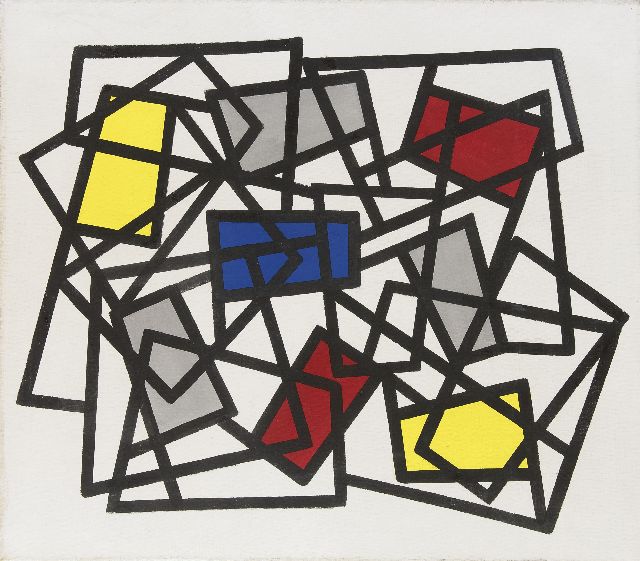