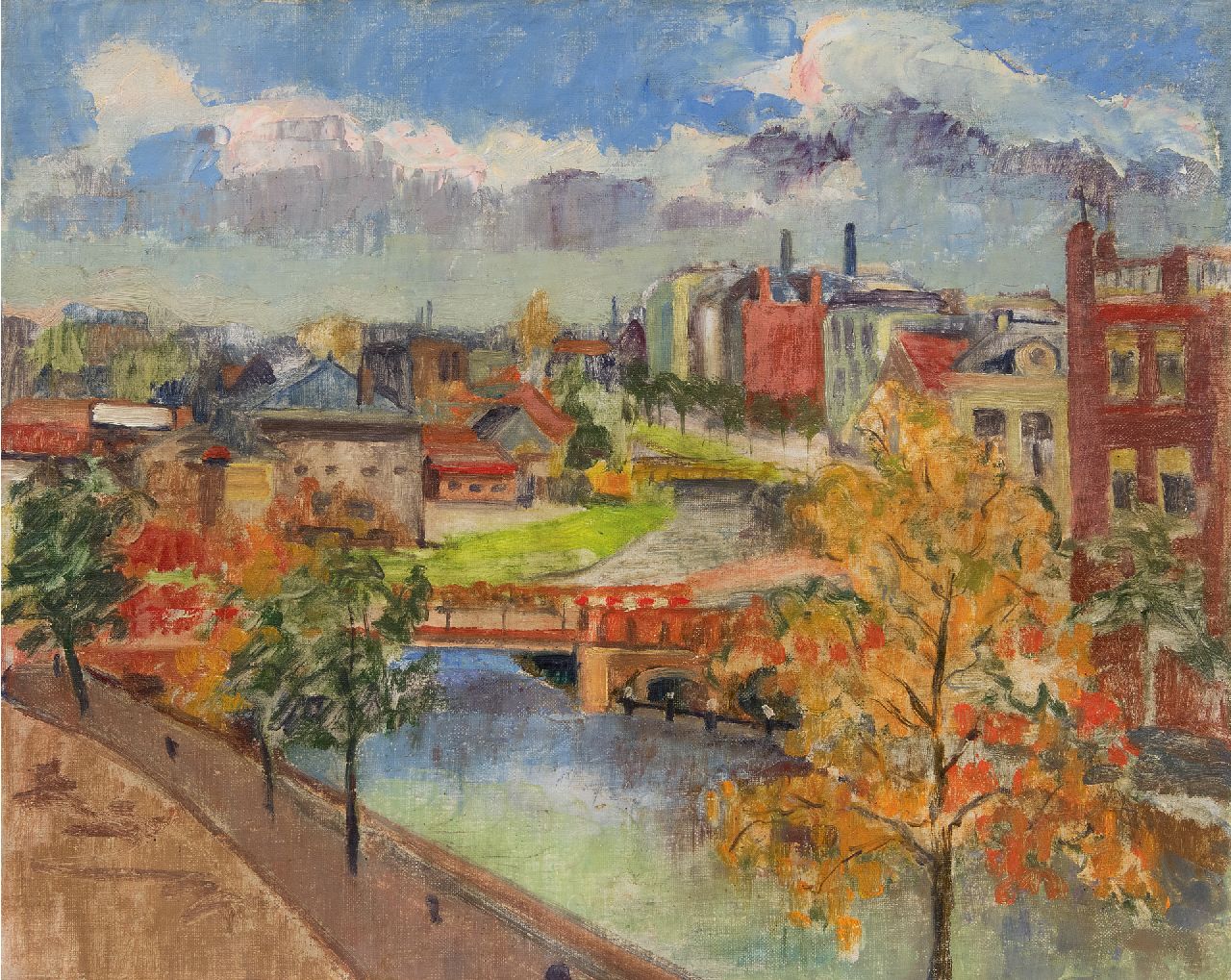 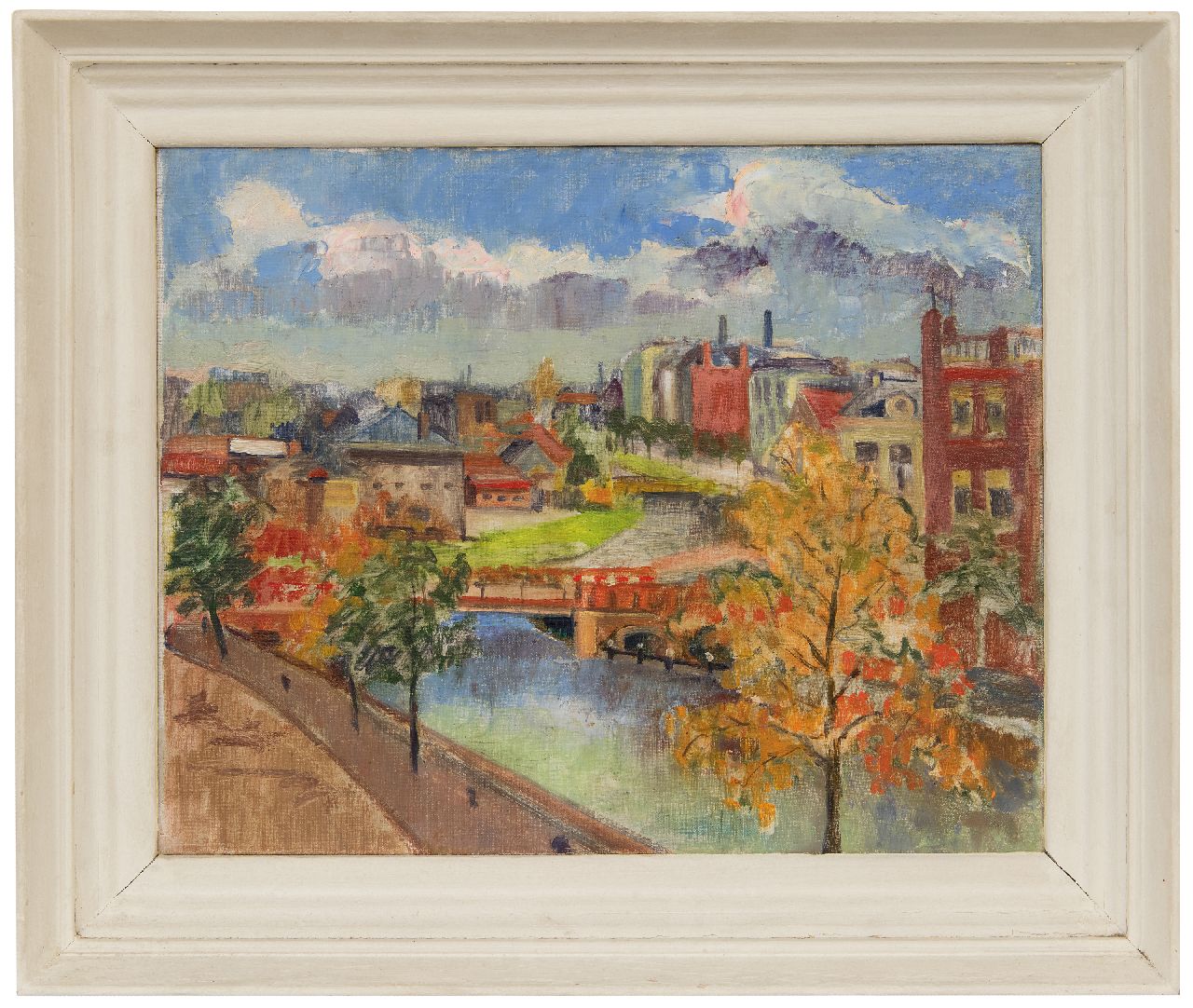 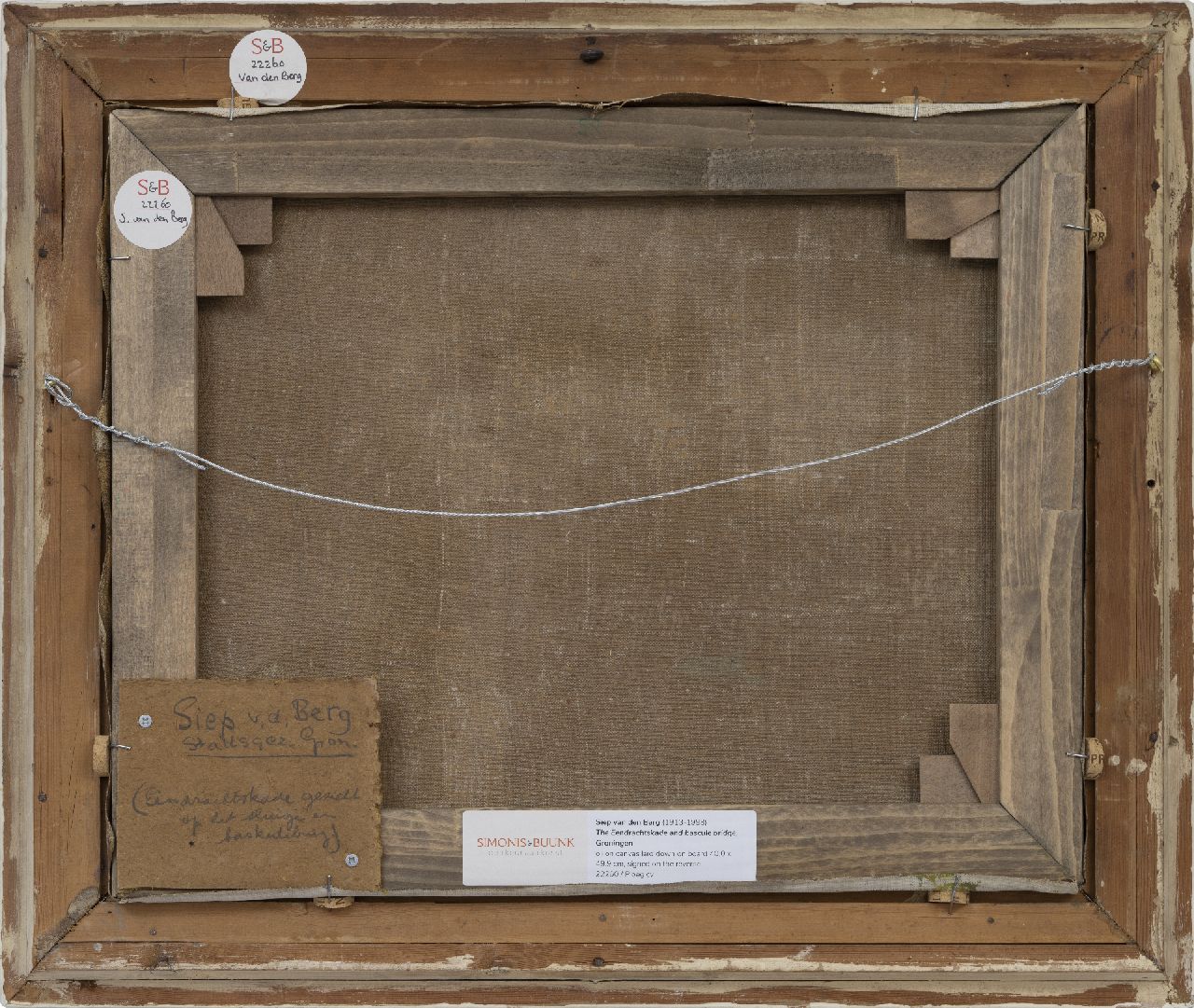 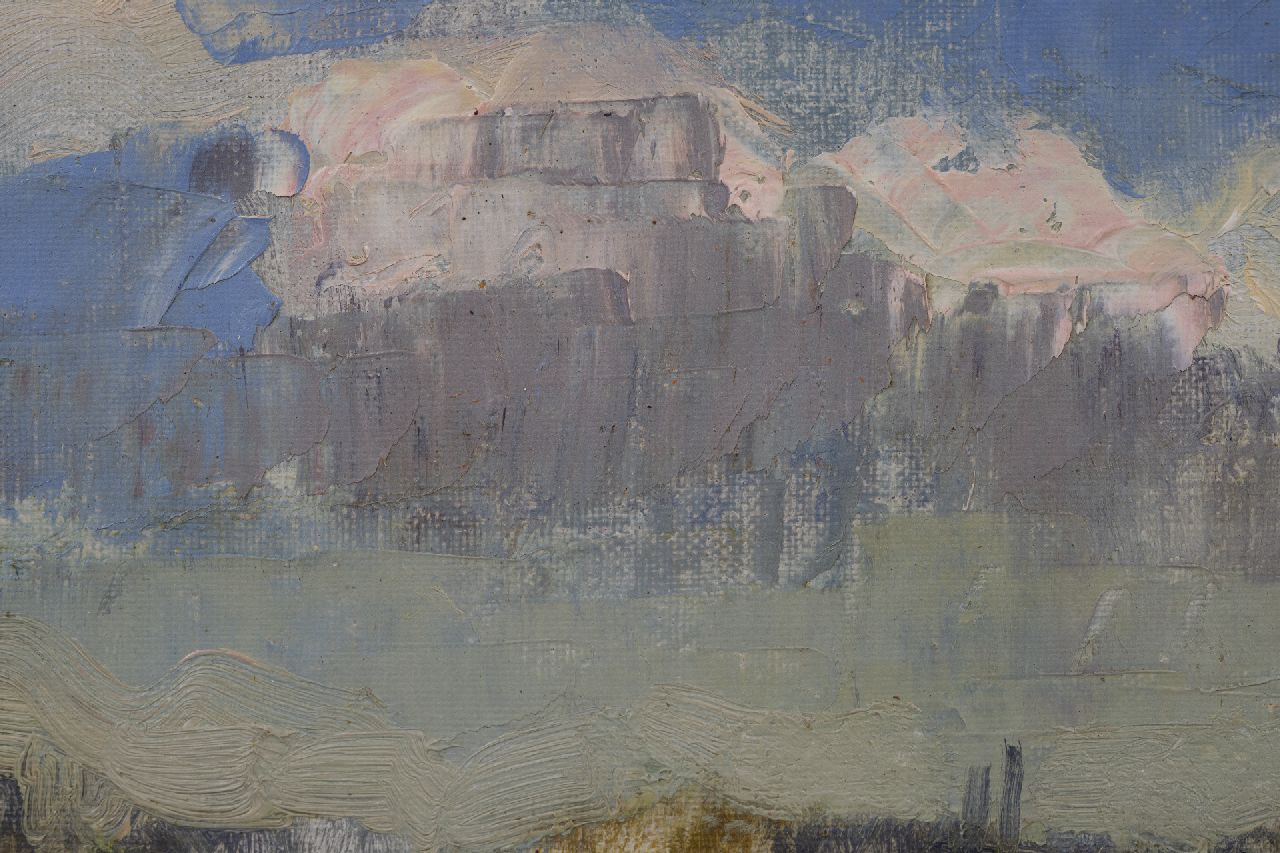 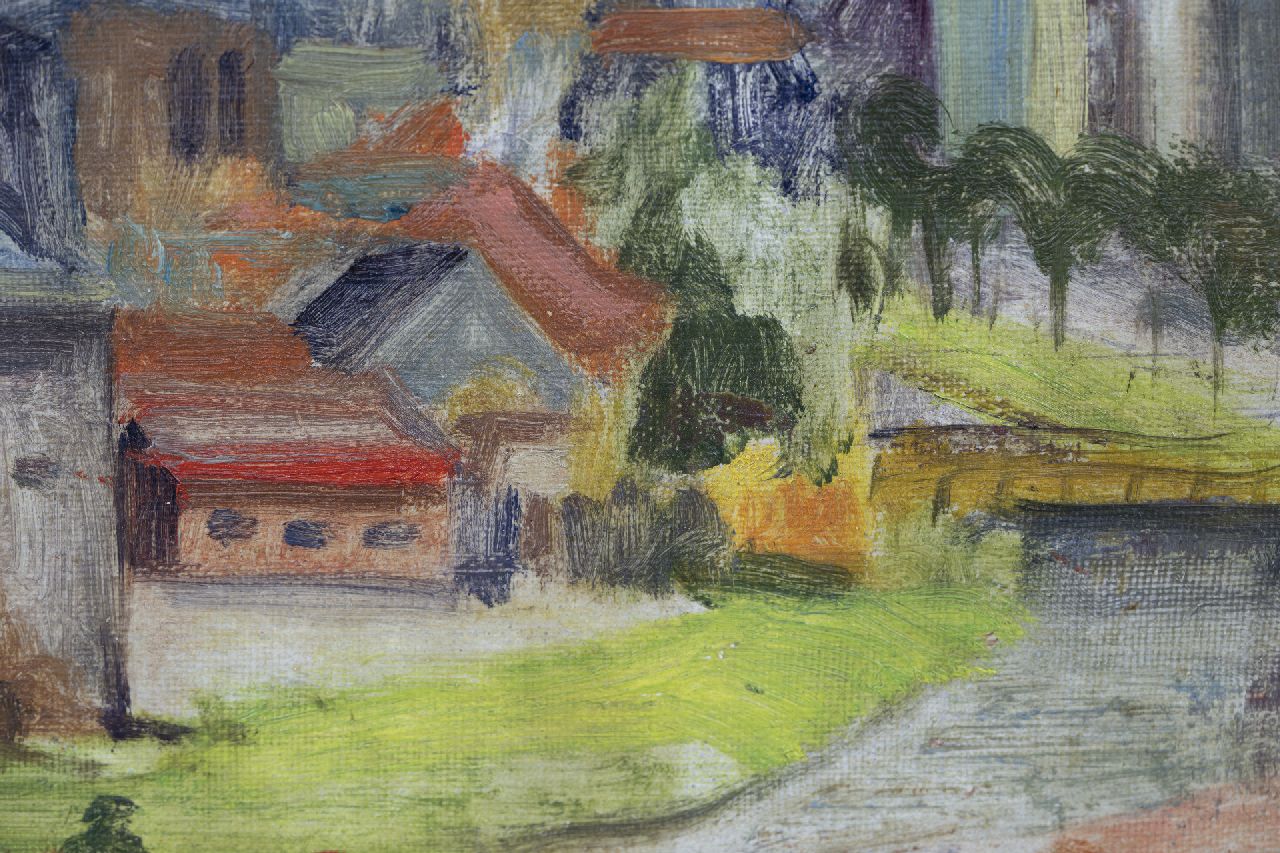 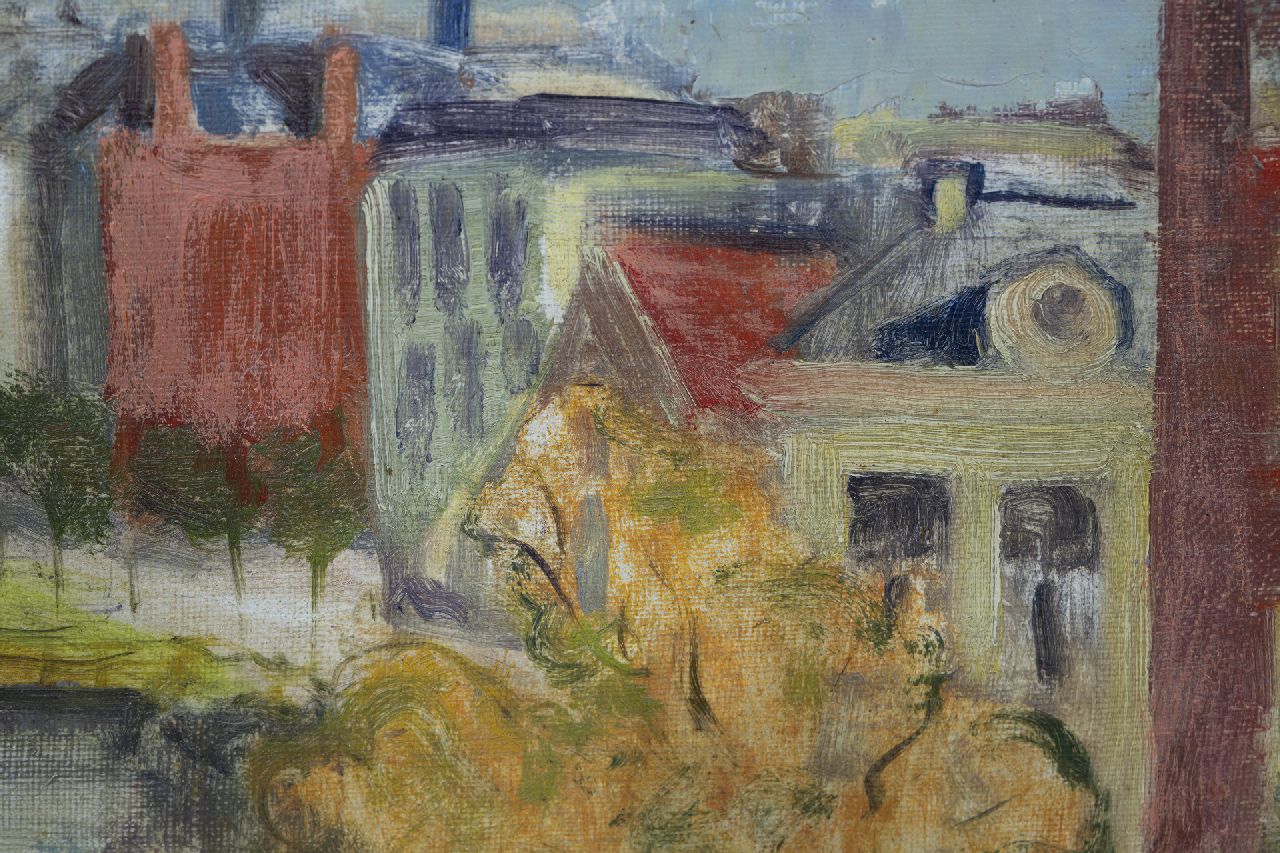 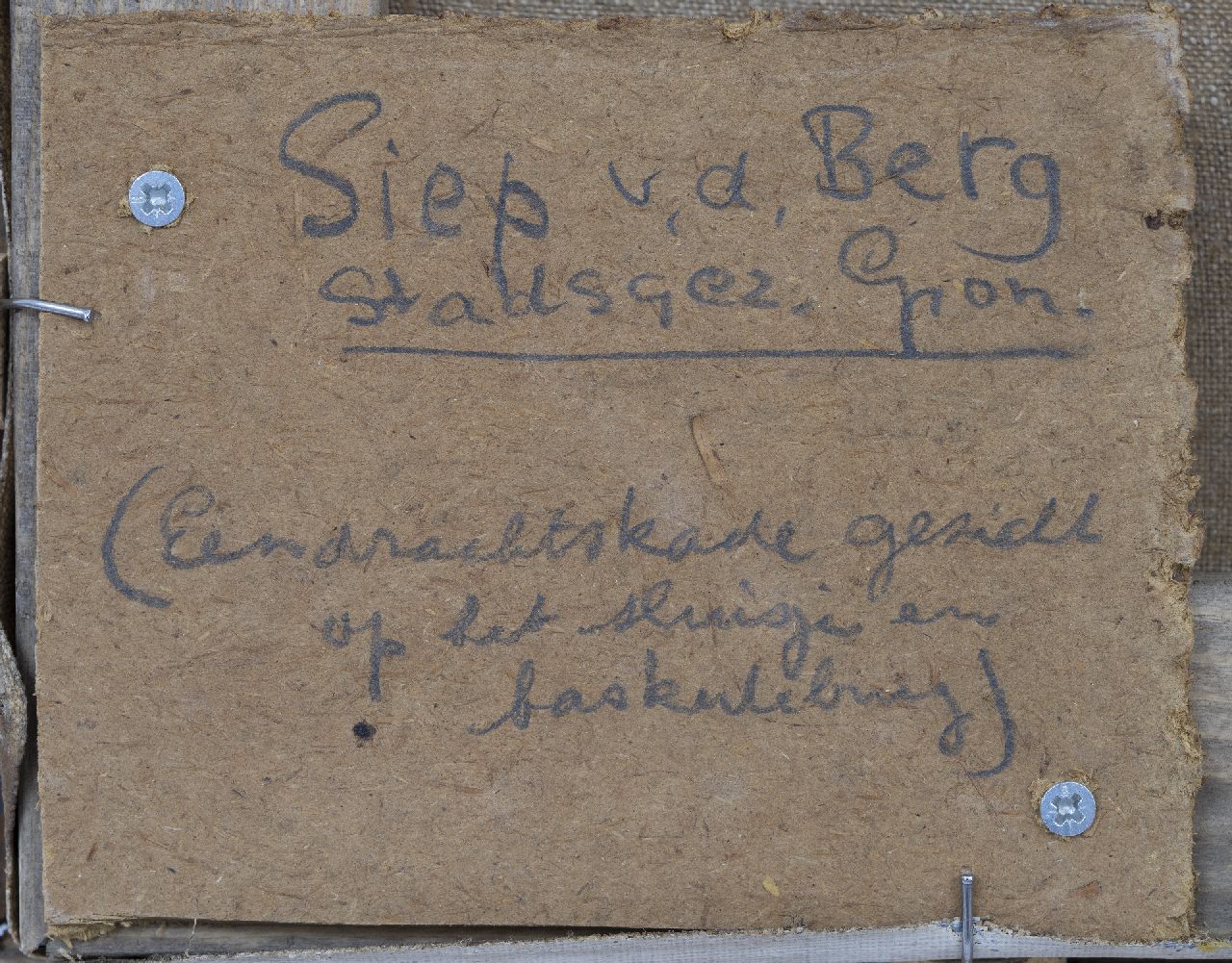 The Eendrachtskade and bascule bridge, Groningen
oil on canvas laid down on board 40.0 x 49.9 cm, signed on the reverse

The Eendrachtskade and bascule bridge, Groningen
oil on canvas laid down on board 40.0 x 49.9 cm, signed on the reverse

Siep van den Berg started his artistic career as a house and decorative painter in Groningen. In 1932 bad times brought him his resignation, which he took advantage of to finally opt for free painting. Initially he made expressive-impressionist landscapes in the vein of Jan Altink. After spending some time in Paris every year from 1947, he began to divide his images into angular areas of color. The French Cubists and Mondrian were his main source of inspiration. The painter moved to Amsterdam around 1953. There, the relationship with reality gradually disappeared from his work and compositions of loose forms in complete abstraction were created. Siep van den Berg was one of the few Dutch painters who made a name for himself in the field of this strict abstraction, also referred to as post-war constructivism . This painting by Siep van den Berg dates from before 1947, the year in which he was now annually in Paris. After 1947, his style changed drastically and Van den Berg, influenced by the French Cubists, began to divide his images into angular areas of color. Before 1947, Van den Berg painted expressive-impressionist landscapes of Groningen and its surroundings.