Willem van der Nat belonged to the group of Leiden impressionists that also includes Chris van der Windt, C. Vreedenburgh and A.J. van Driesten. Although he painted the greater part of his oeuvre in the first three decades of the 20th century, he continued to build on the principles of Hague Impressionism. His landscapes and peasant interiors are spontaneous, atmospheric impressions, while his still lifes have a more modest appaerance. Van der Nat garnered much success with his work during his lifetime, with buyers from way beyond the Dutch borders. 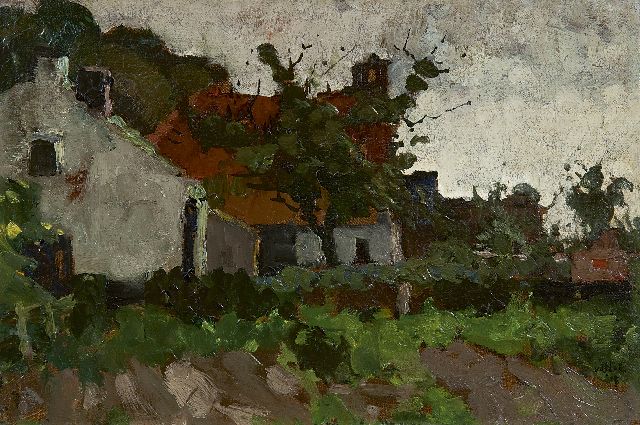 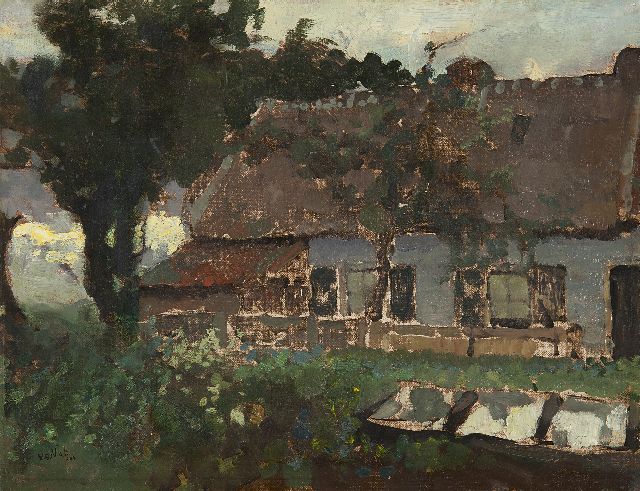 Greenhouses near a farm 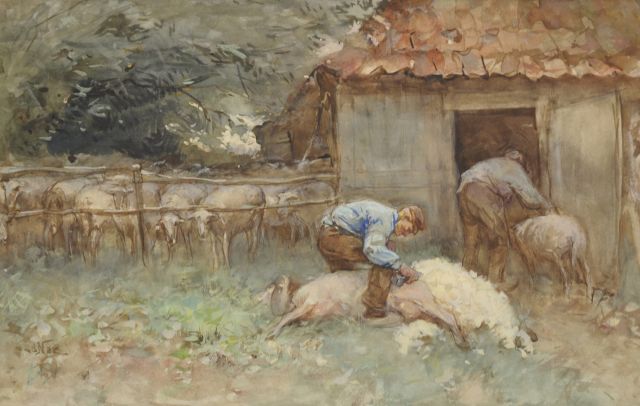 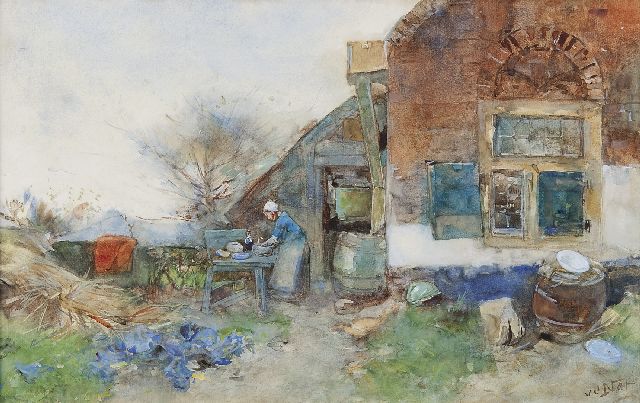 A Dutch farmyard with a peasant woman 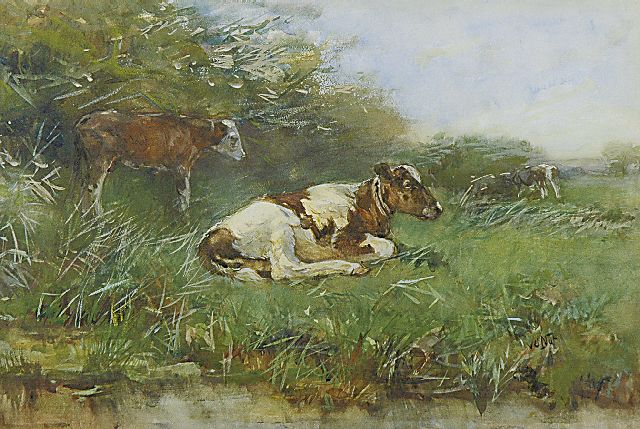 Calfs in a pasture 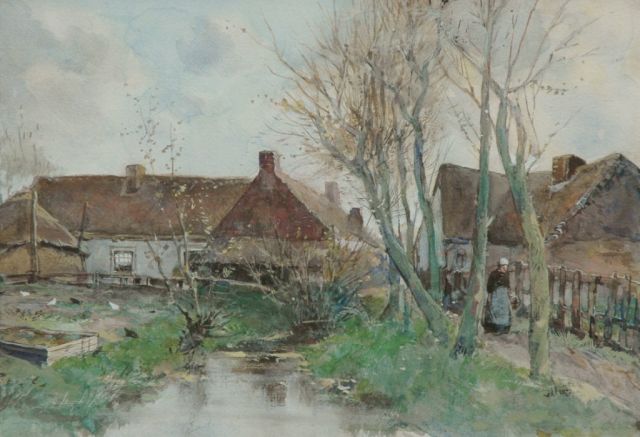 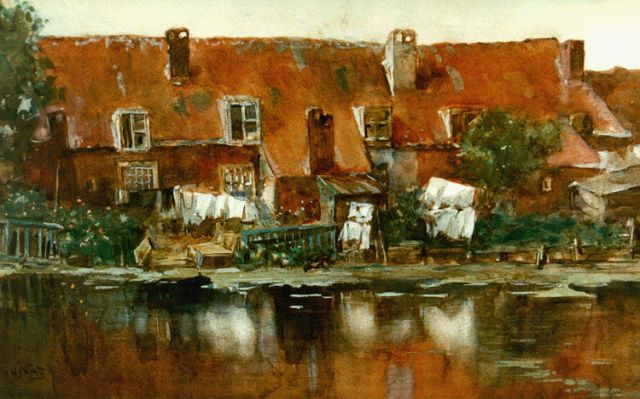