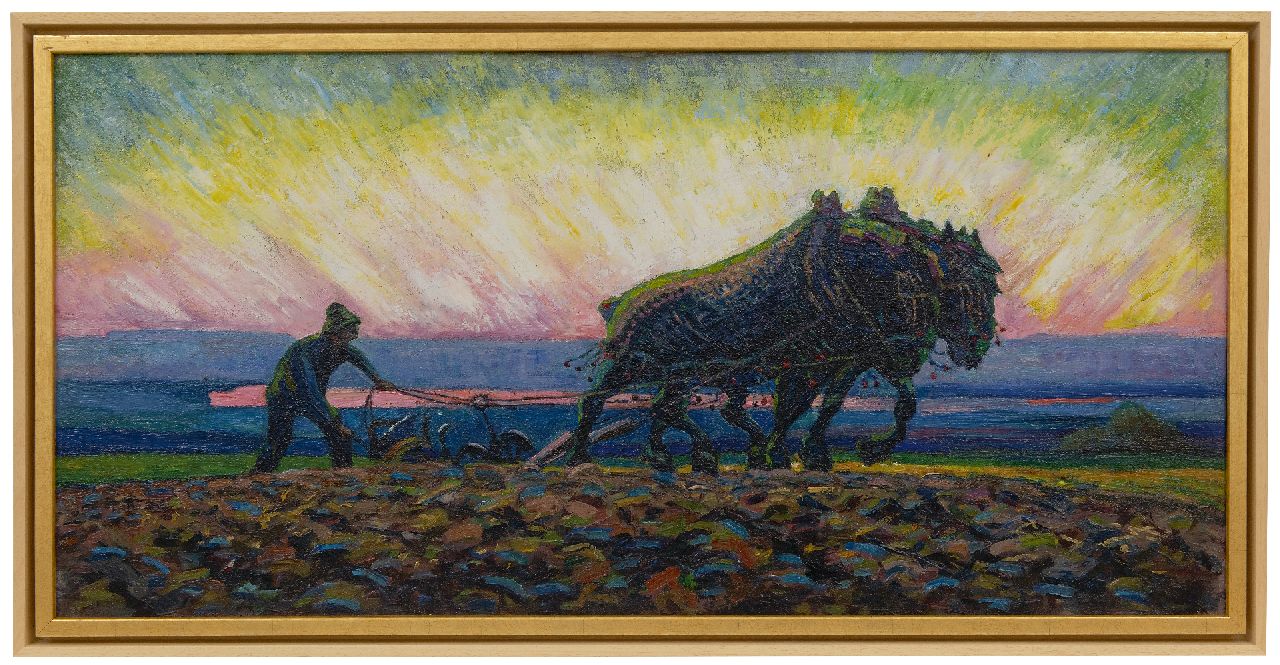 Herman Gouwe belongs to the Dutch Luminists. After studying at the Amsterdam Rijksakademie, he travelled throughout Italy and Spain for two years. Upon his return in 1905, he spent the summers in South Limburg, making expressive canvases of the farmland with its peasants and horses. After he became acquainted in Blaricum, in about 1910, with the Luminist work of Jan Sluijters, Leo Gestel and Ferdinand Hart Nibbrig, his paintings became pure sunlight and colour. An example of this is this painting. Horses, plow and farmer move through the field. In the distance from a purple morning mist loom the golden rays of an announcing sun. The backs of the horses already catch the first sunlight. In this play of colors, light and backlighting, they form a powerful symbol of cultivating the earth, as farmers have done for centuries.

Also for sale from Gouwe A.H.