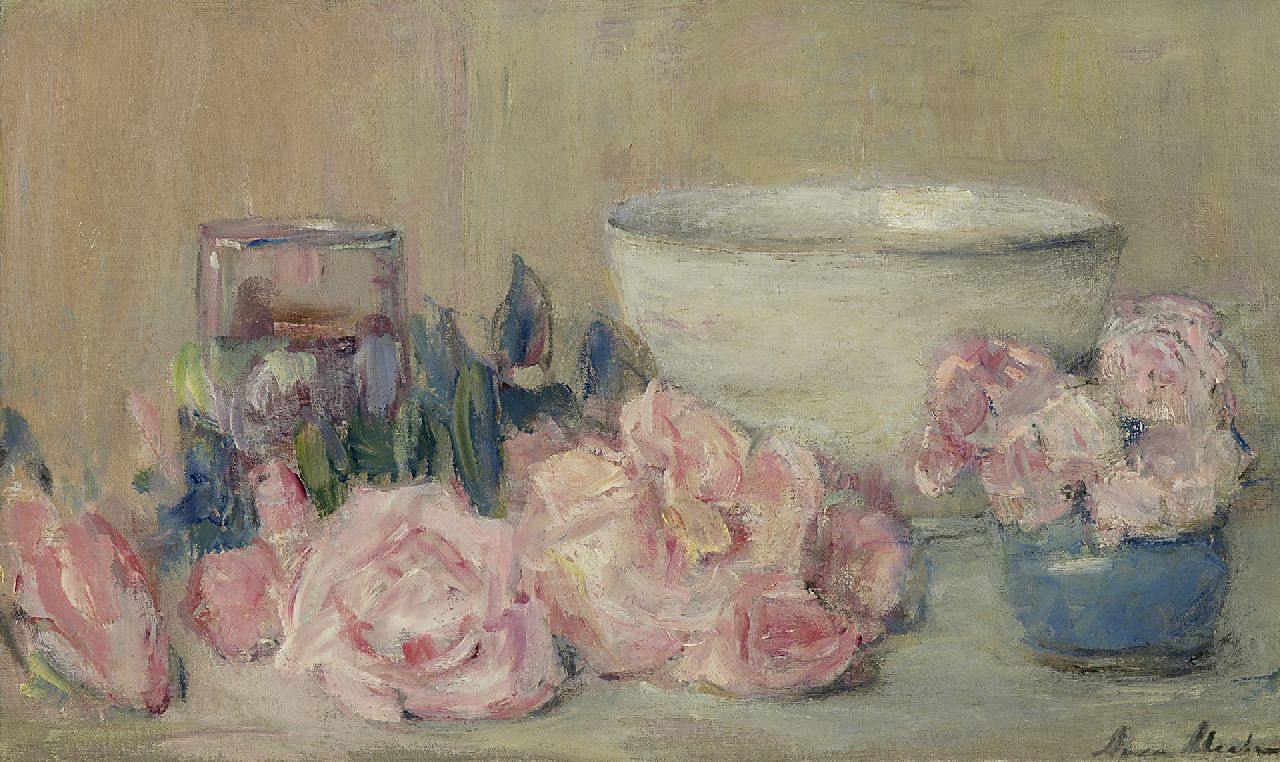 Anna Adelaïde Abrahams was born in Middelburg, where she received her first painting lessons from the marine painter J.F. Schütz. Important for her development were the lessons that she subsequently received as a student from the girls' boarding school De Tafelberg in Oosterbeek from the florists Maria Vos and Adriana Haanen. With their casual compositions and attention to the natural character of the flowers, these painters gave a natural turn to the traditional 'static' flower still life, as it was painted until then. Their student took over this.