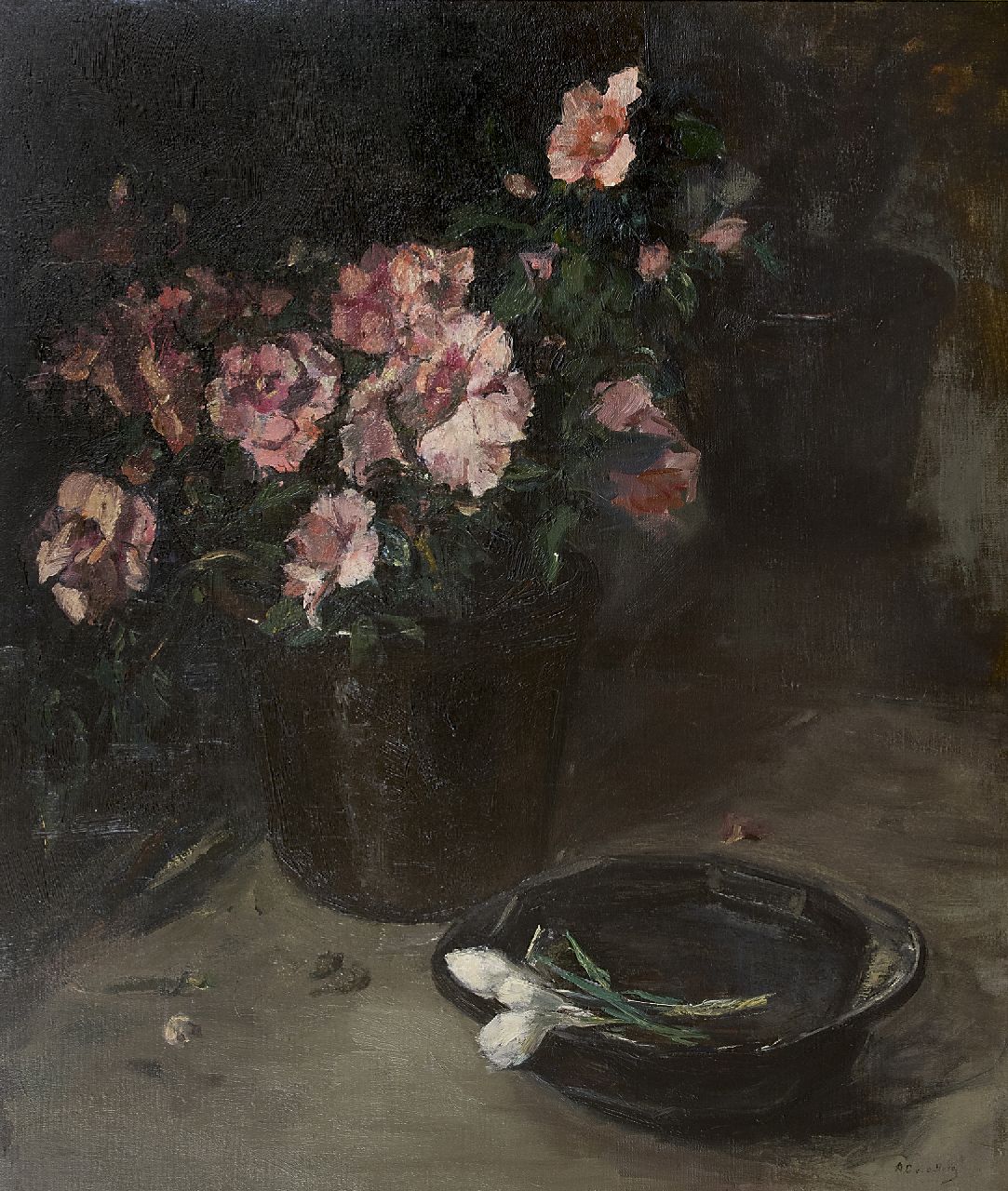 Ans van den Berg belonged to the Amsterdam Joffers, a group of upper class women who specialised in painting still lifes and flowers in a smooth Impressionist style. She was the only one of the group not to attend the Rijsacademie in the capital, but through an apprenticeship in Paris developed into a skilful painter. Although Van den Berg painted portraits and figures as well as Laren interiors, she preferred to depict floral still lifes. 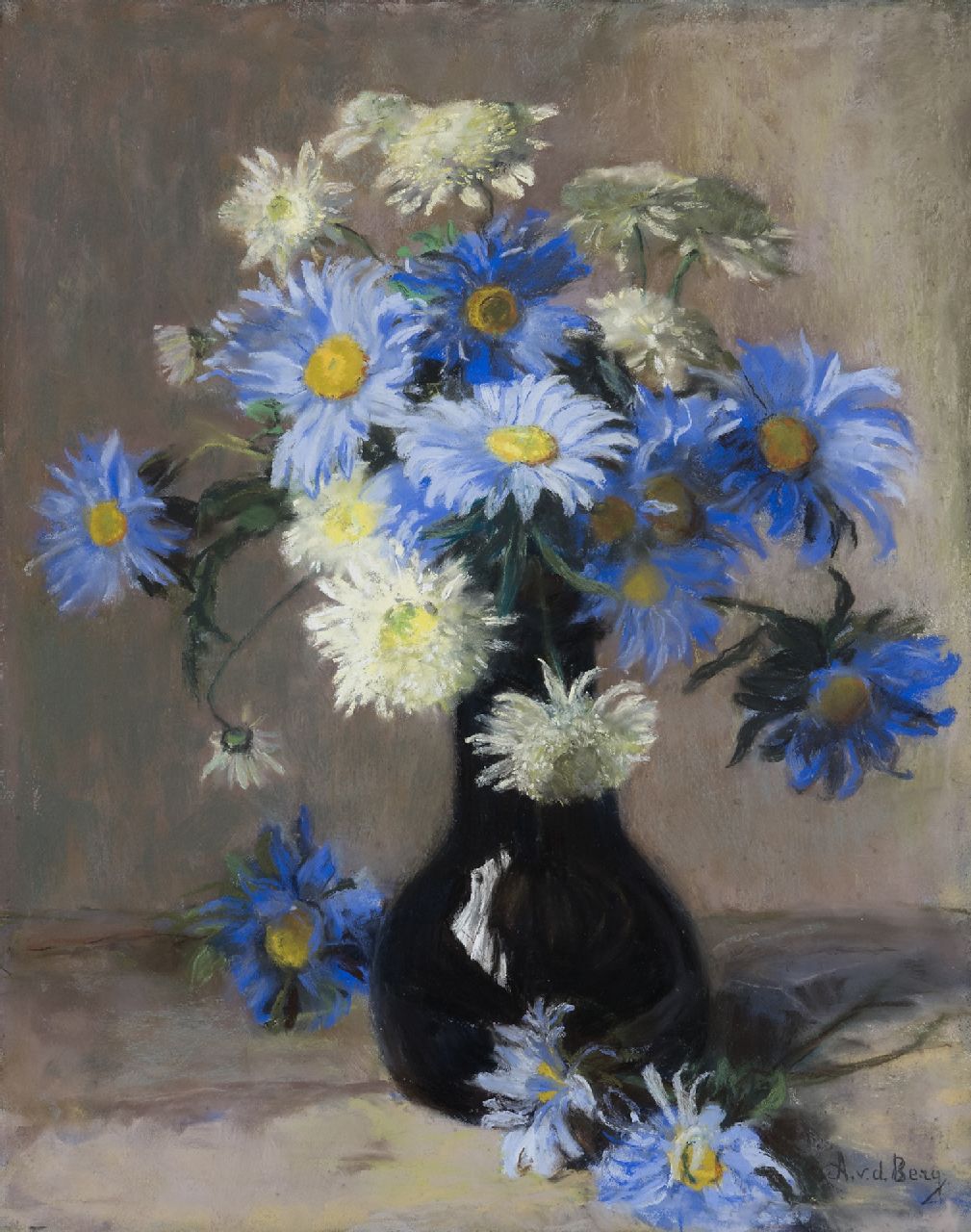