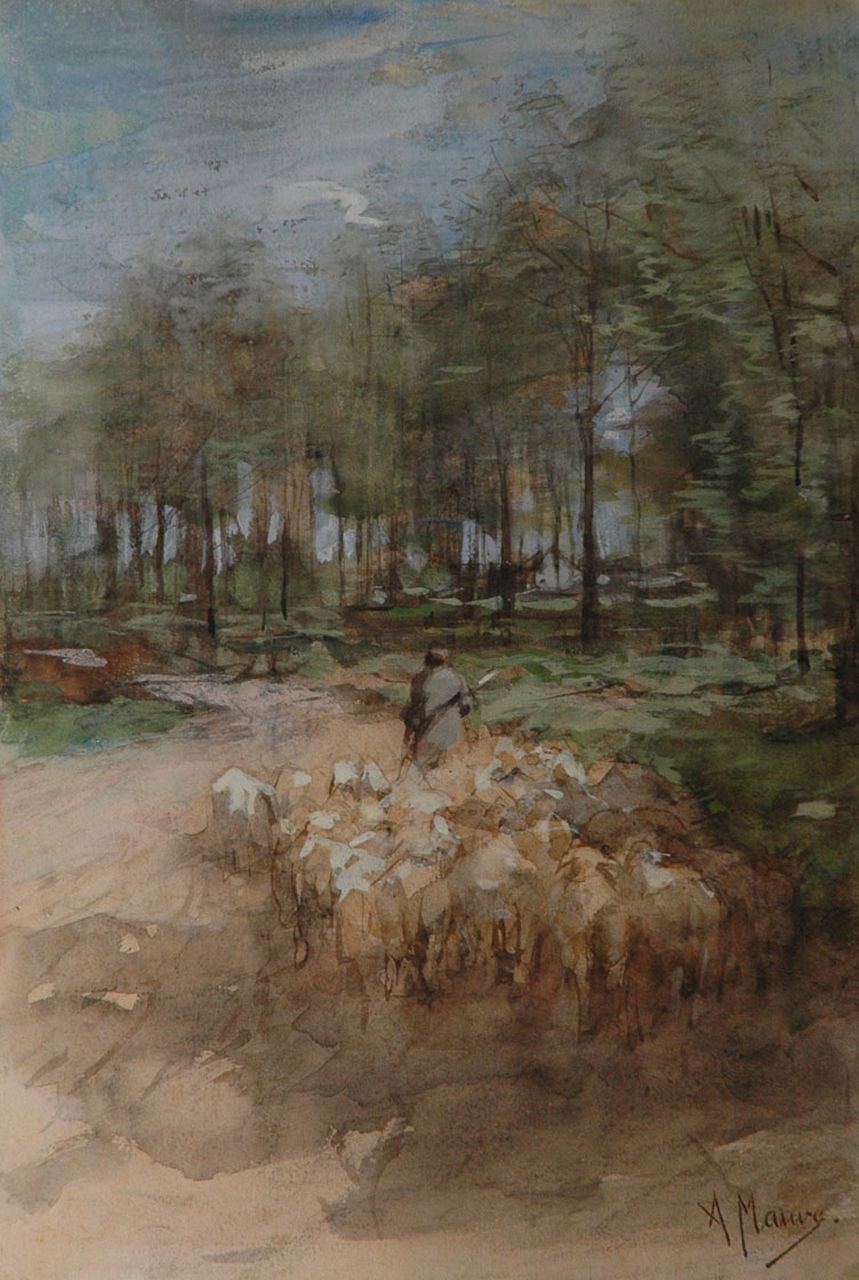 A shepherd and his flock on a sandy track
watercolour and gouache on paper 49.7 x 34.2 cm, signed l.r.

A shepherd and his flock on a sandy track
watercolour and gouache on paper 49.7 x 34.2 cm, signed l.r.