Bart van der Leck was one of the first geometric-abstract painters of the Netherlands and from 1917 to 1918, was part of De Stijl movement, which also included Piet Mondriaan and Theo van Doesburg. His work, as well as Mondriaan’s, illustrates his search for the essence of the shapes in the world around us, what he called ‘doorbeelding’. Subjects such as still lifes, animals and flowers were reduced by Van der Leck to geometric planes and fragments of contour lines, set separated from each another against a white background. His prerequisite was, however, that the subject had to remain recognisable. From the 1920s, Van der Leck was also engaged in applied art, and he created designs for fabrics, carpets, tiles, plates and letters. 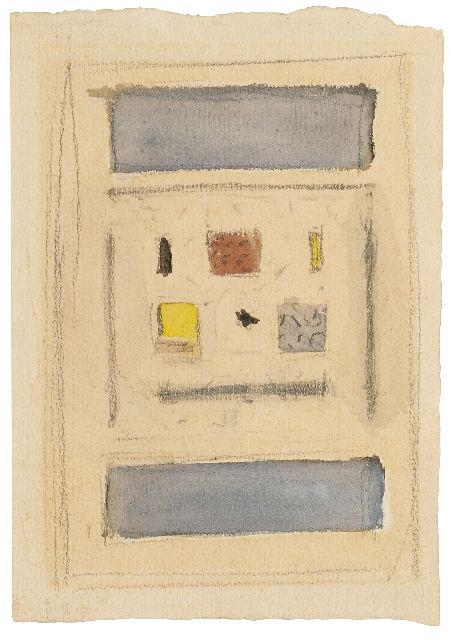 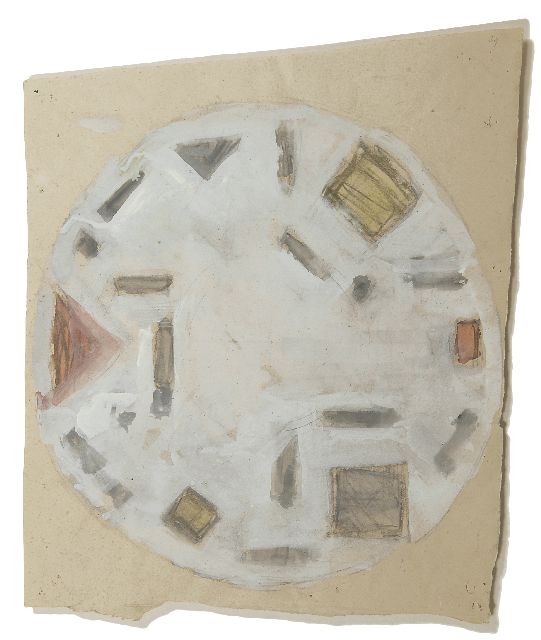