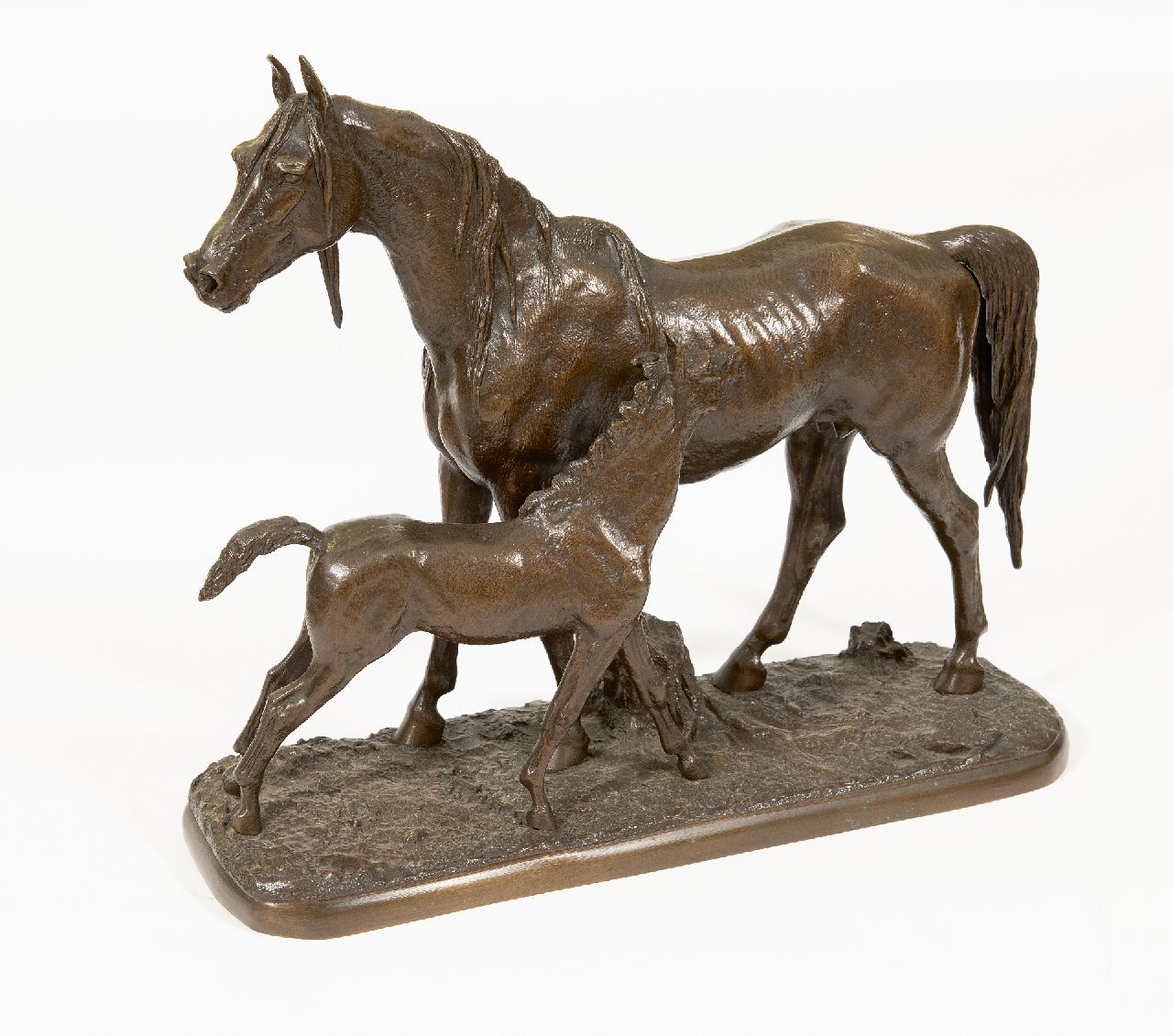 Mare with Foal
bronze 36.5 x 42.0 cm, signed with stamped signature on the base

Mare with Foal
bronze 36.5 x 42.0 cm, signed with stamped signature on the base

The French ‘animalier’ Christophe Fratin acquired a solid knowledge of animals’ anatomy from his father, who was a taxidermist. In his birthplace, he first followed an education to become sculptor and later studied in Paris with Théodore Géricault. Here he discovered his love for horses. Fratin was, together with Antoine Louis Barye, one of the first French sculptors who made bronze animal sculptures. Dogs and horses often present themselves in his oeuvre, as do wild animals. Fratin exhibited his work on the Salons from 1831 to 1842 and from 1850 to 1864. The most important sculpture collection of Fratin is found in Metz. One of the most well-known sculptures of Fratin – two eagles with their prey – is in Central Park in New York.