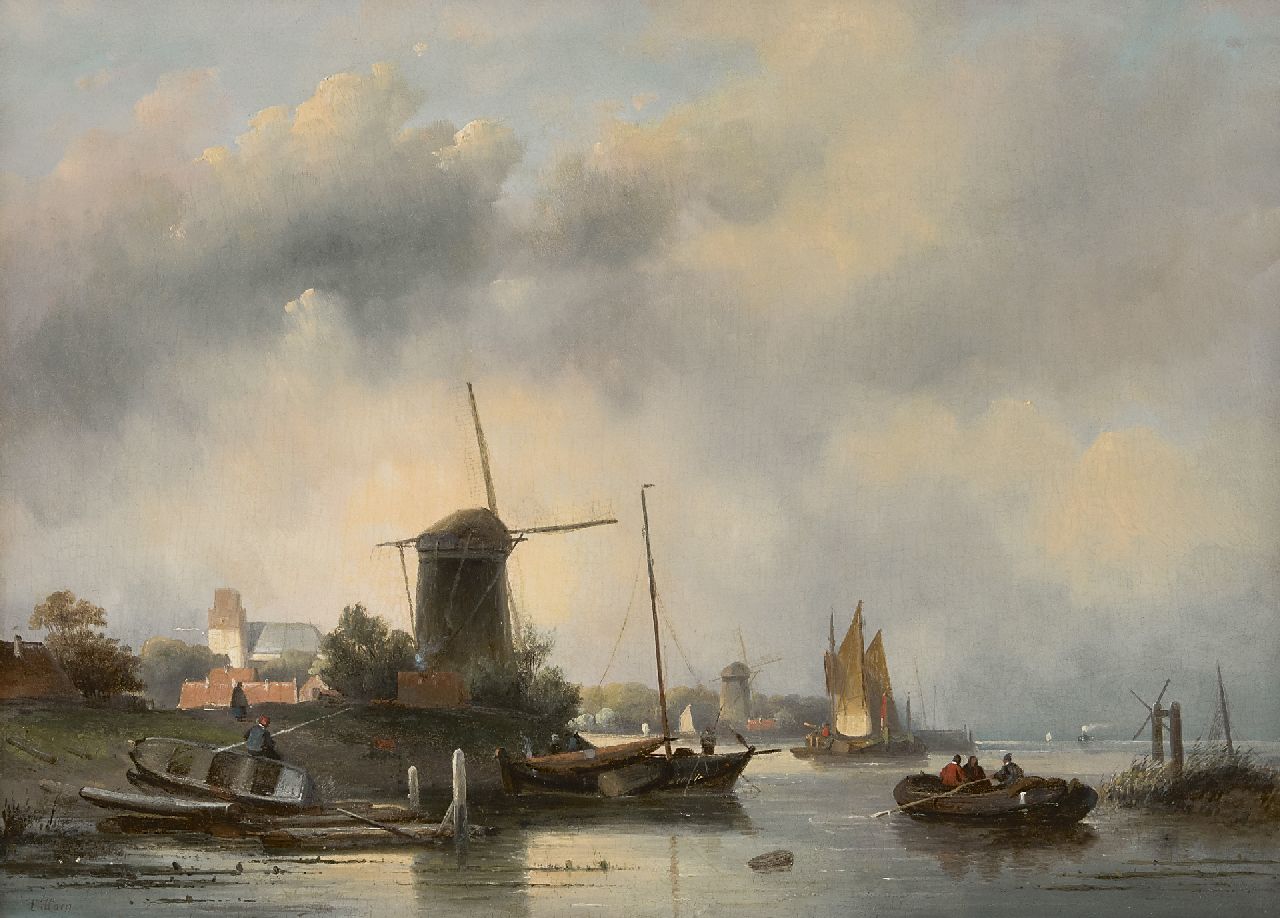 Cornelis Petrus ’t Hoen began painting relatively late in life. A merchant by profession, his artistic aspirations were only realised following his marriage to the painter Gertruida Maria Buys. ‘t Hoen took lessons from George Andries Roth and later from Antonie Waldorp. From 1841 to 1842 he trained at The Hague Art Academy, where he further honed his skills in drawing and painting under the guidance of the well-known artist Andreas Schelfhout. It is also possible that ’t Hoen took painting classes at Schelfhout’s workshop. Following in the footsteps of this master, ’t Hoen devoted himself to painting mainly winter scenes, along with summer landscapes as well as city and river views. His themes, composition and palette reveal he was one of Schelfhout’s talented yet obedient followers. 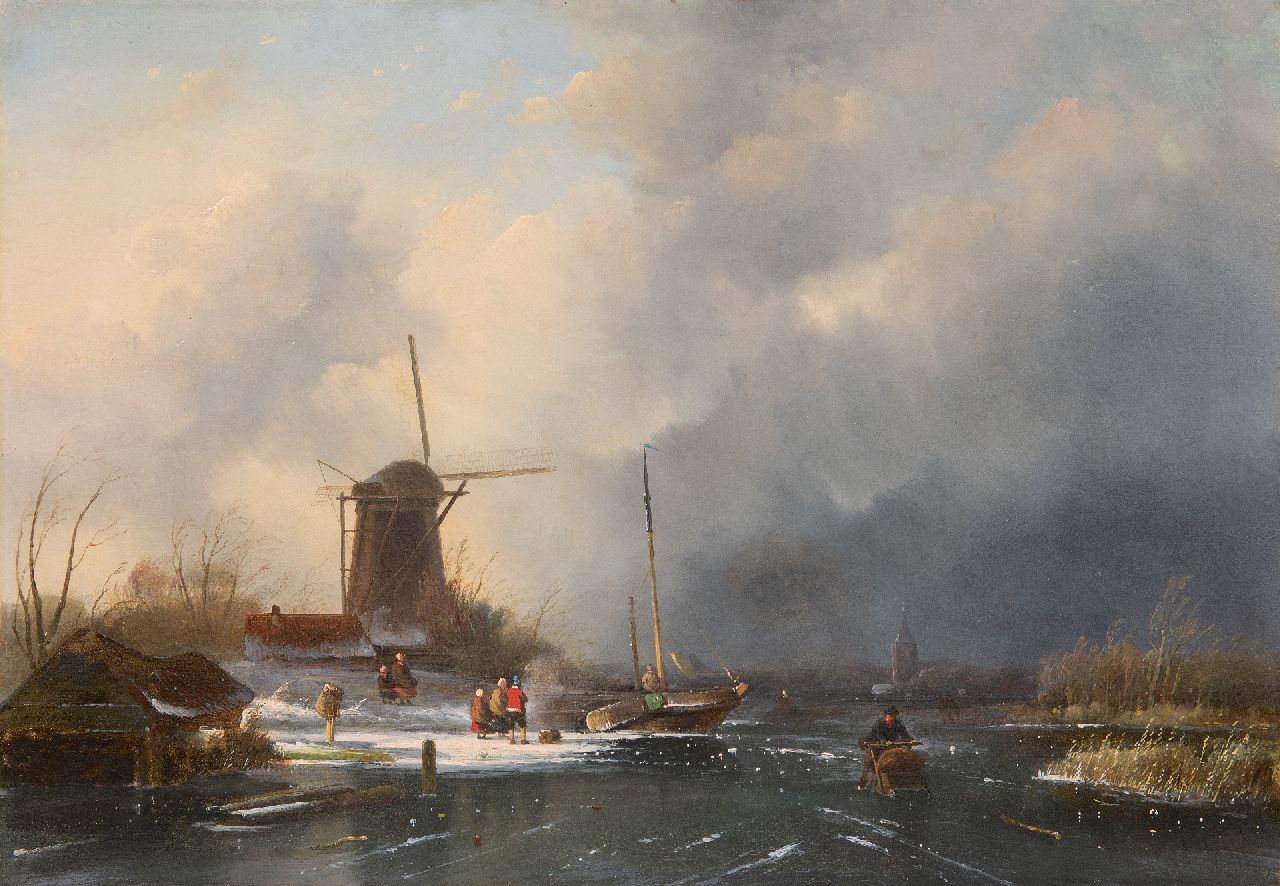 Skaters and figures on the ice, a snowstorm approaching, 1854