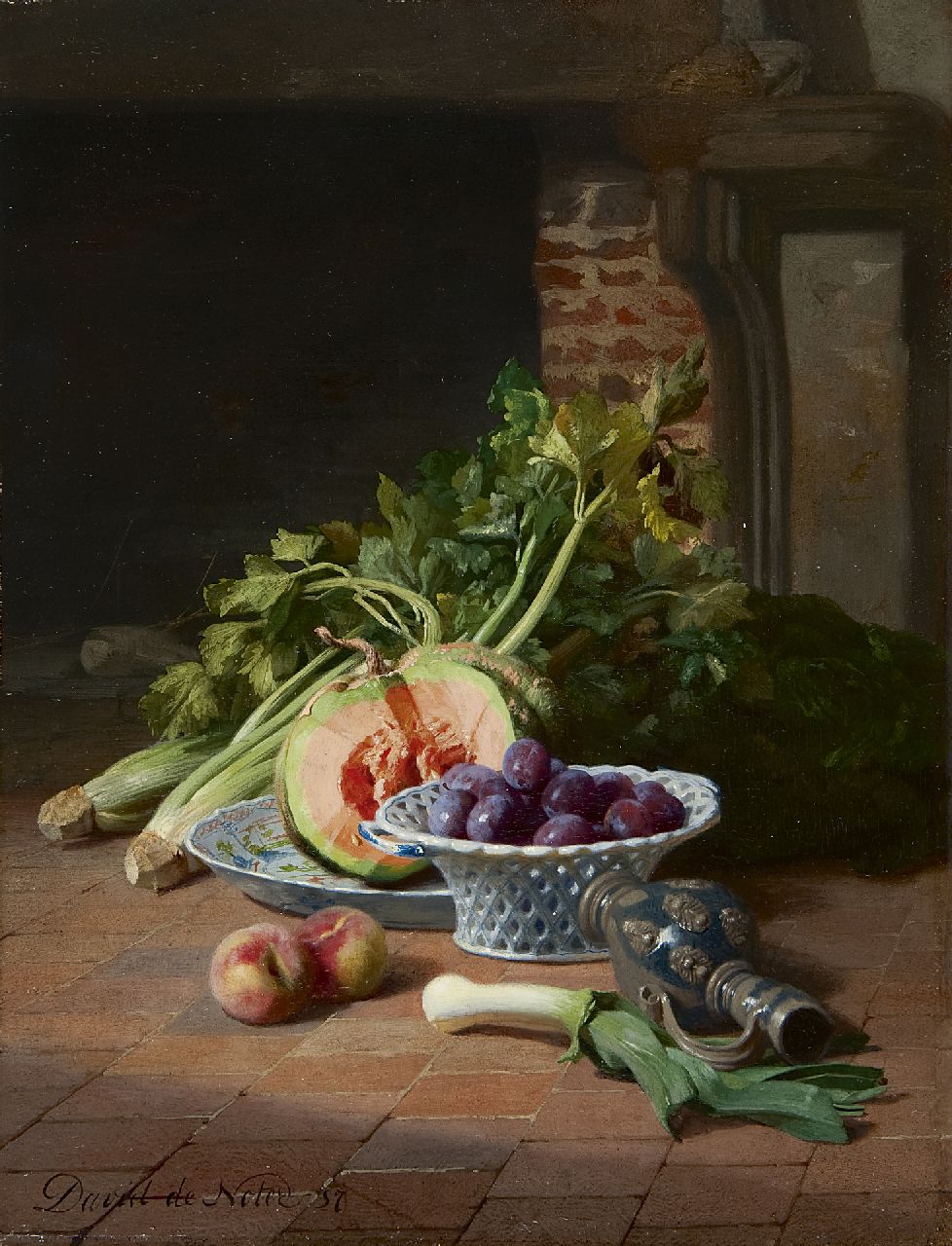 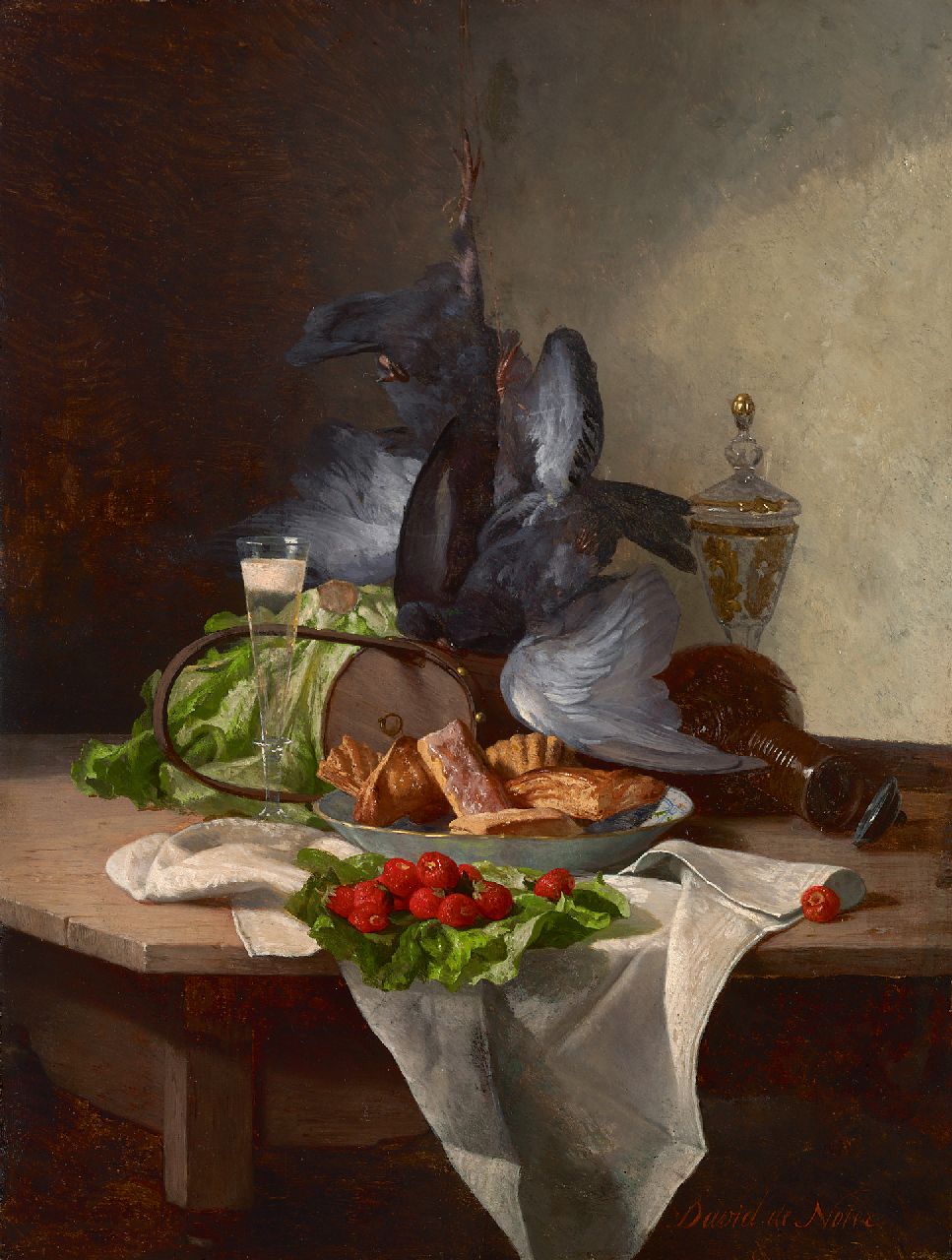 A still life with vegetables, pie and game