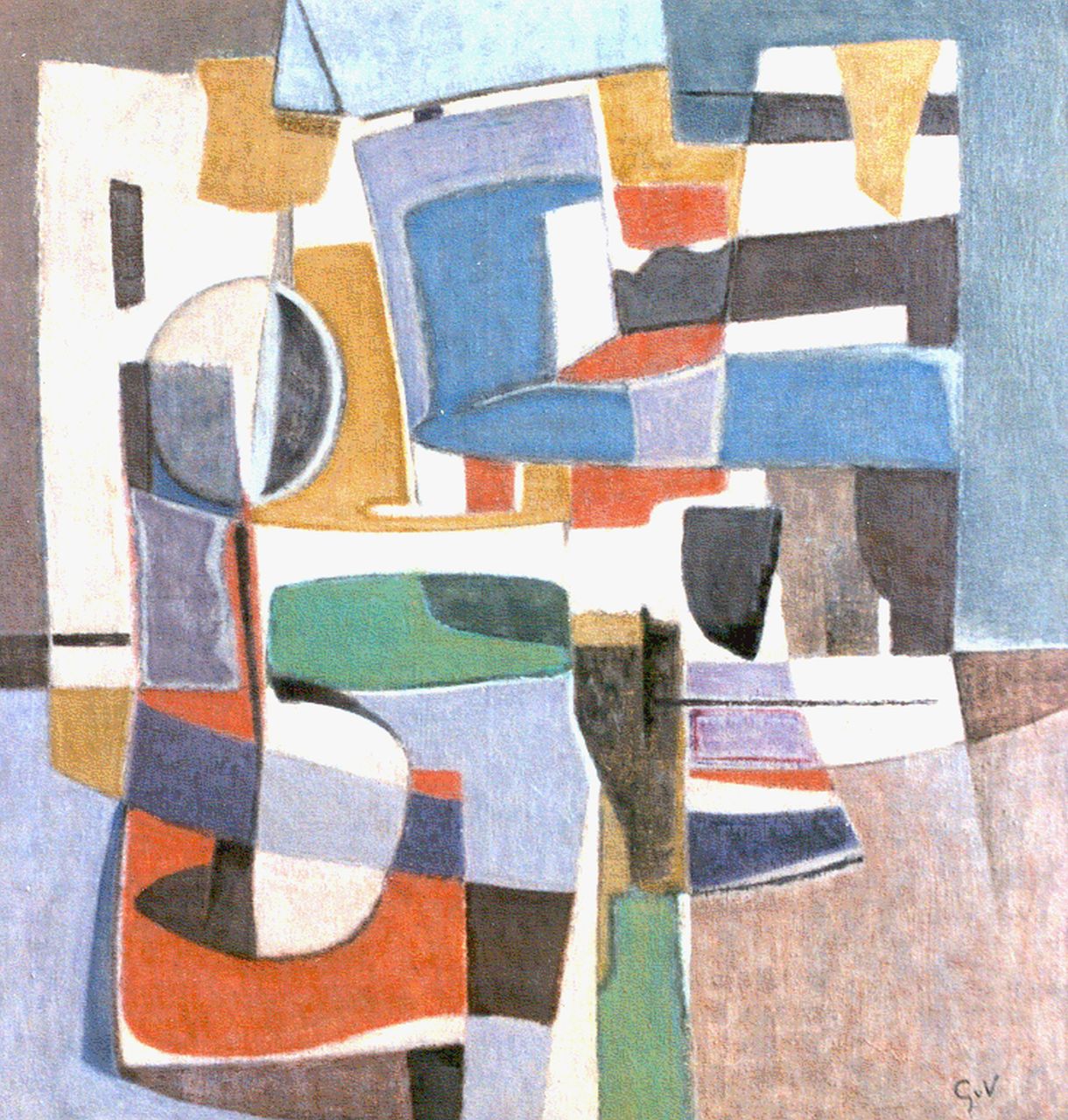 Composition
oil on canvas 84.2 x 79.8 cm, signed l.r. with initials and executed in the fifties

Composition
oil on canvas 84.2 x 79.8 cm, signed l.r. with initials and executed in the fifties