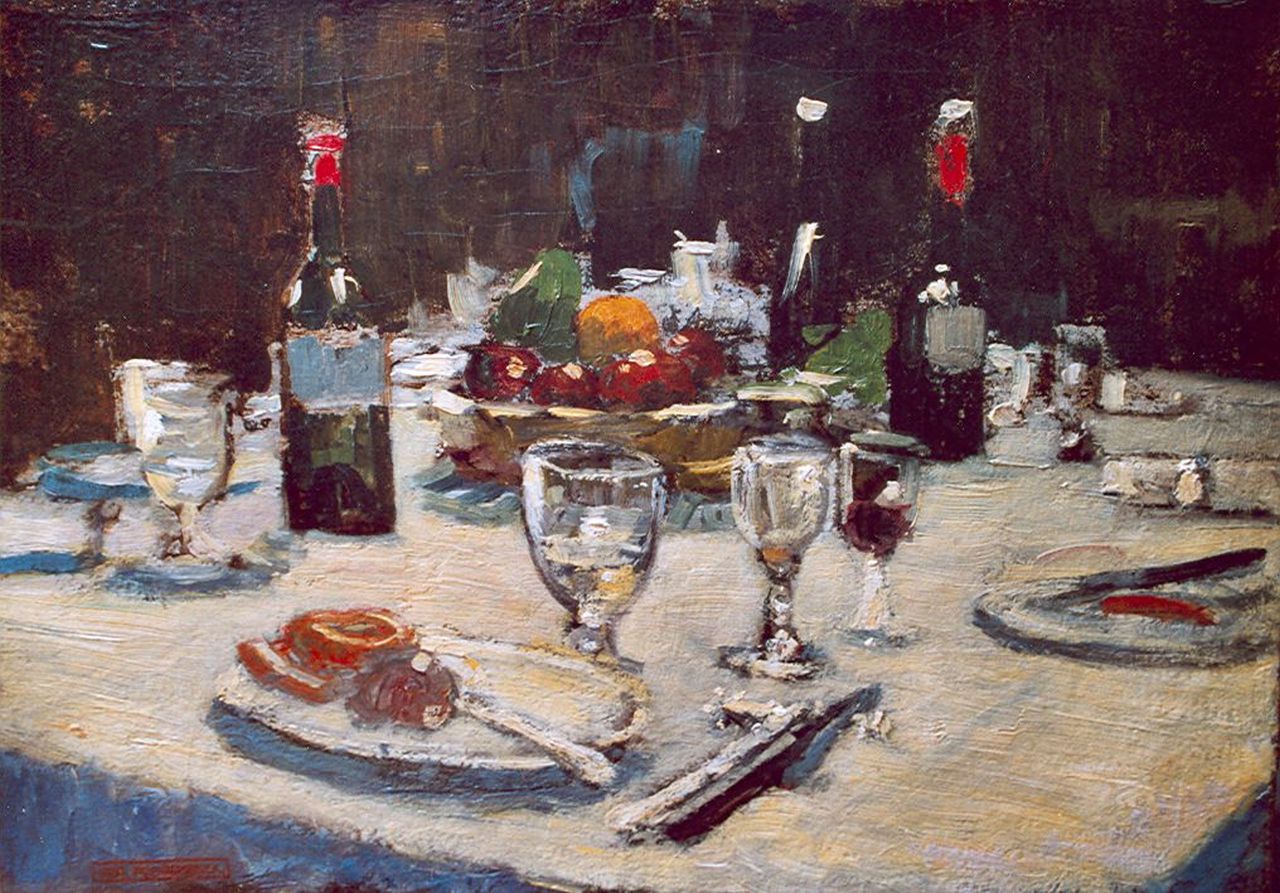 Geo Poggenbeek belongs to the late flowering of the Hague School. He depicted the Dutch landscape, in paintings and watercolours, in a dreamy tone reminiscent of Willem Maris and Anton Mauve. In his time Poggenbeek was very successful with his atmospheric representations of the Dutch landscape - often intimate places with cows or ducks on the ditch side, under the shelter of a grove. During the period that he lived with his painter's friend Nicolaas Bastert in Breukelen (1881-1887), he painted many riverscapes along the river Vecht. He was a teacher of J.F.C. Scherrewitz. 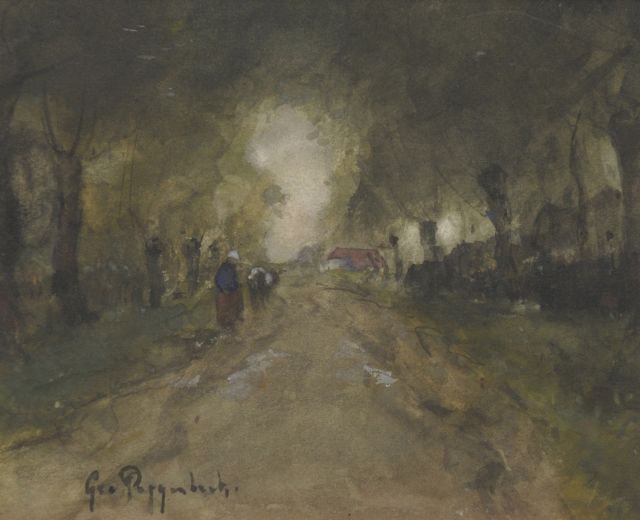 Cowherd with cow on a country road 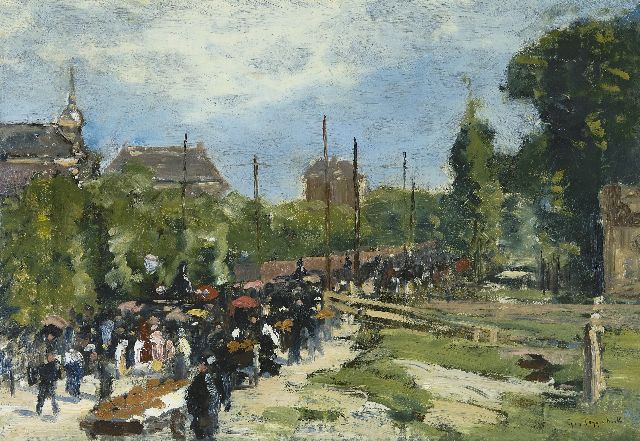 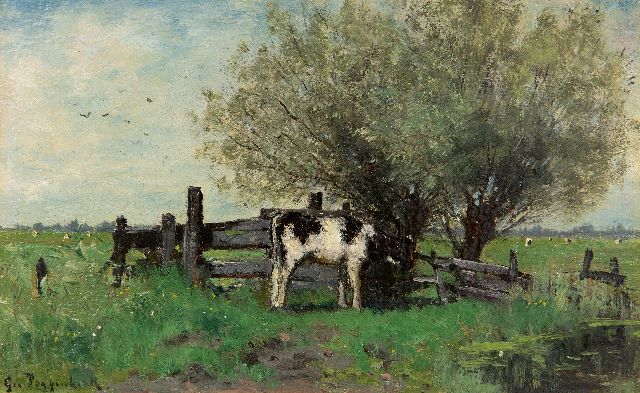 Young cow at a fence in the meadow