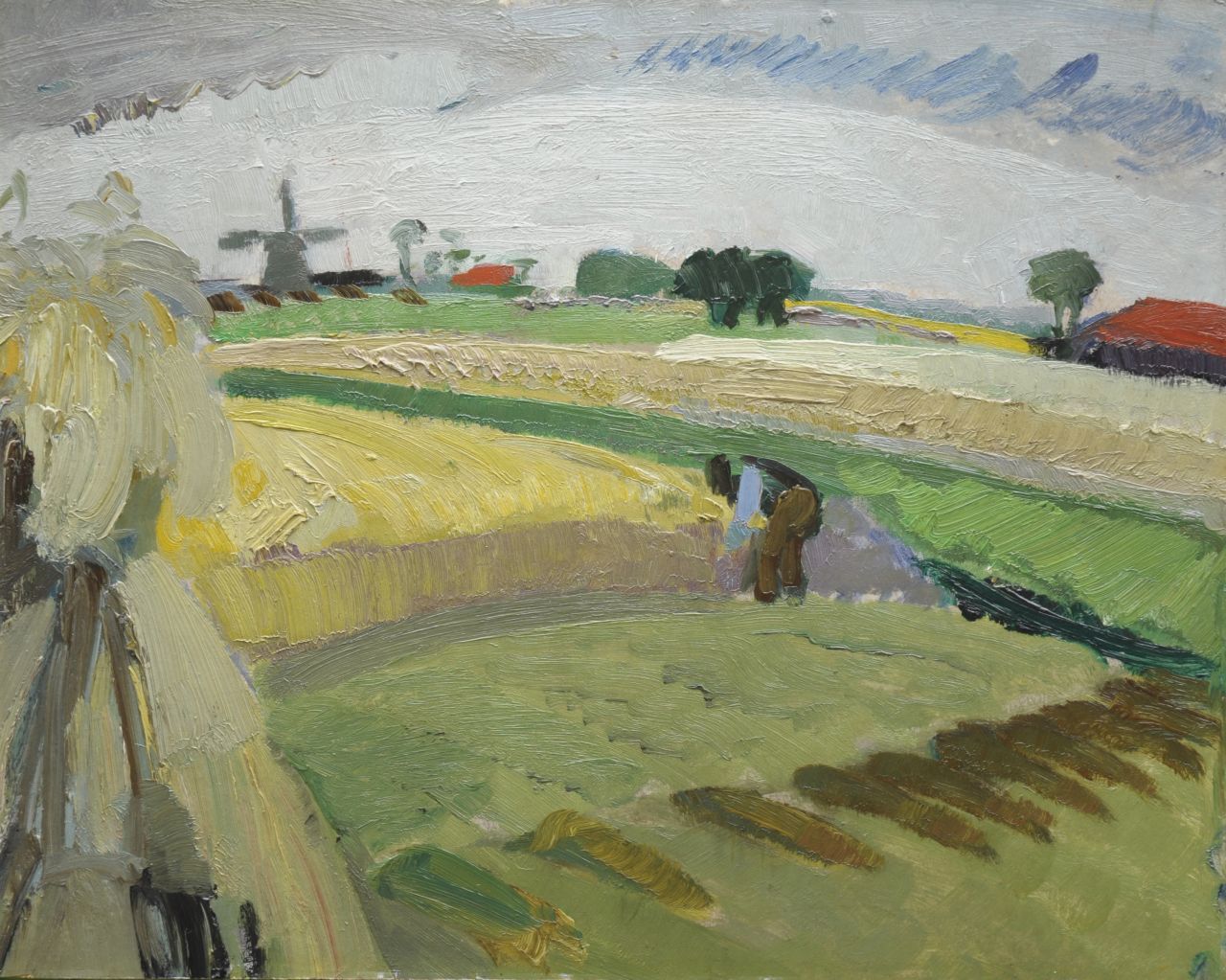 The Belgian painter Gustave De Smet is considered one of the founders of Flemish expressionism. Between ca. 1888 and 1895 he visited the Ghent academy. Important for his development was his move in 1908 to Sint-Martens-Latem on the Leie, where he was part of a close-knit group of painters, including Constant Permeke, Frits van den Berghe and Gustave's brother Leon, who later became known as de Latemse School. In this period, De Smet paints symbolist river landscapes, forest and garden views and flowering orchards in an impressionist style, full of lyrical mood. Only after 1914, when he lived in the Netherlands for four years, he became friends with Leo Gestel and was influenced by the Bergen School.