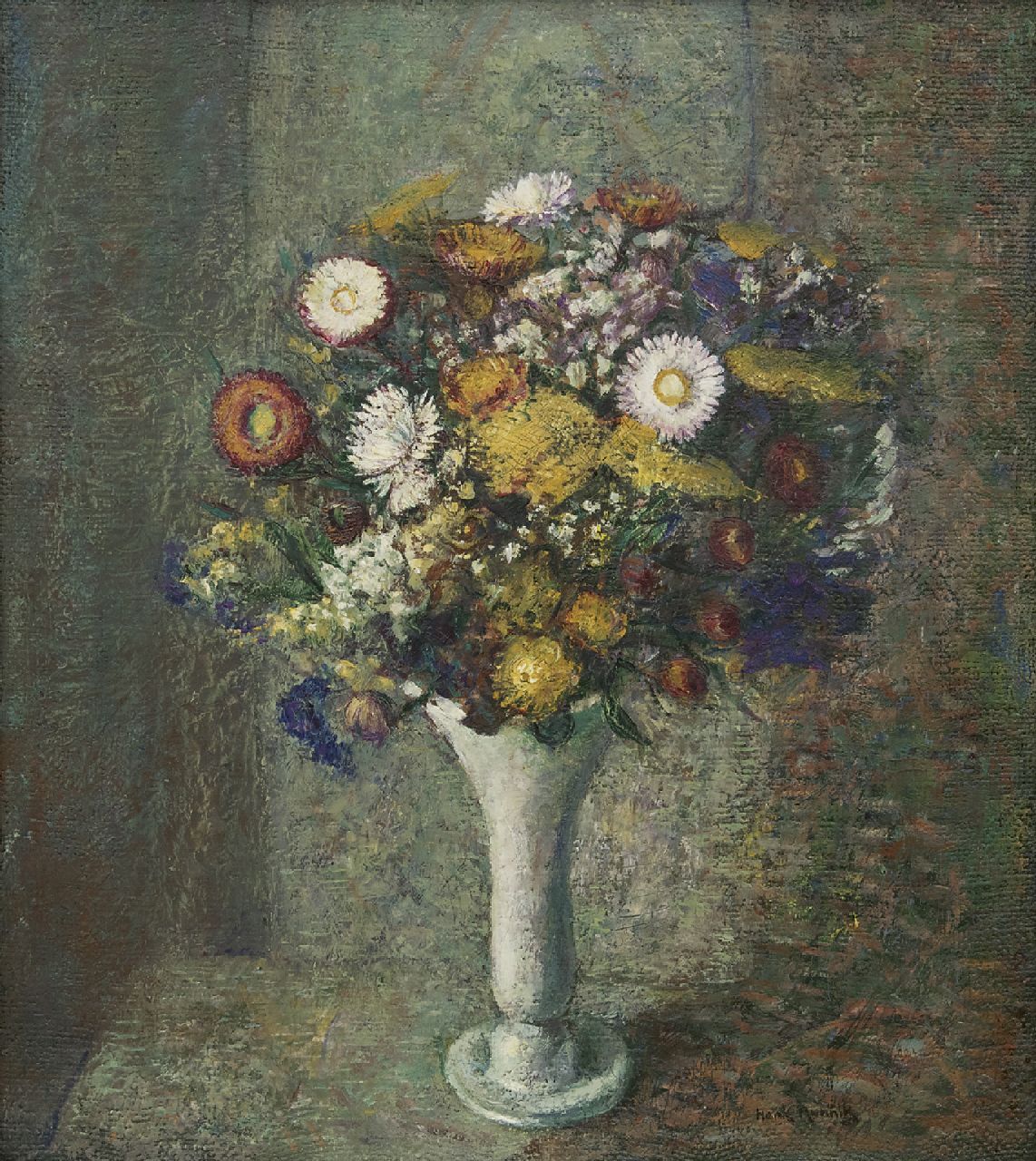 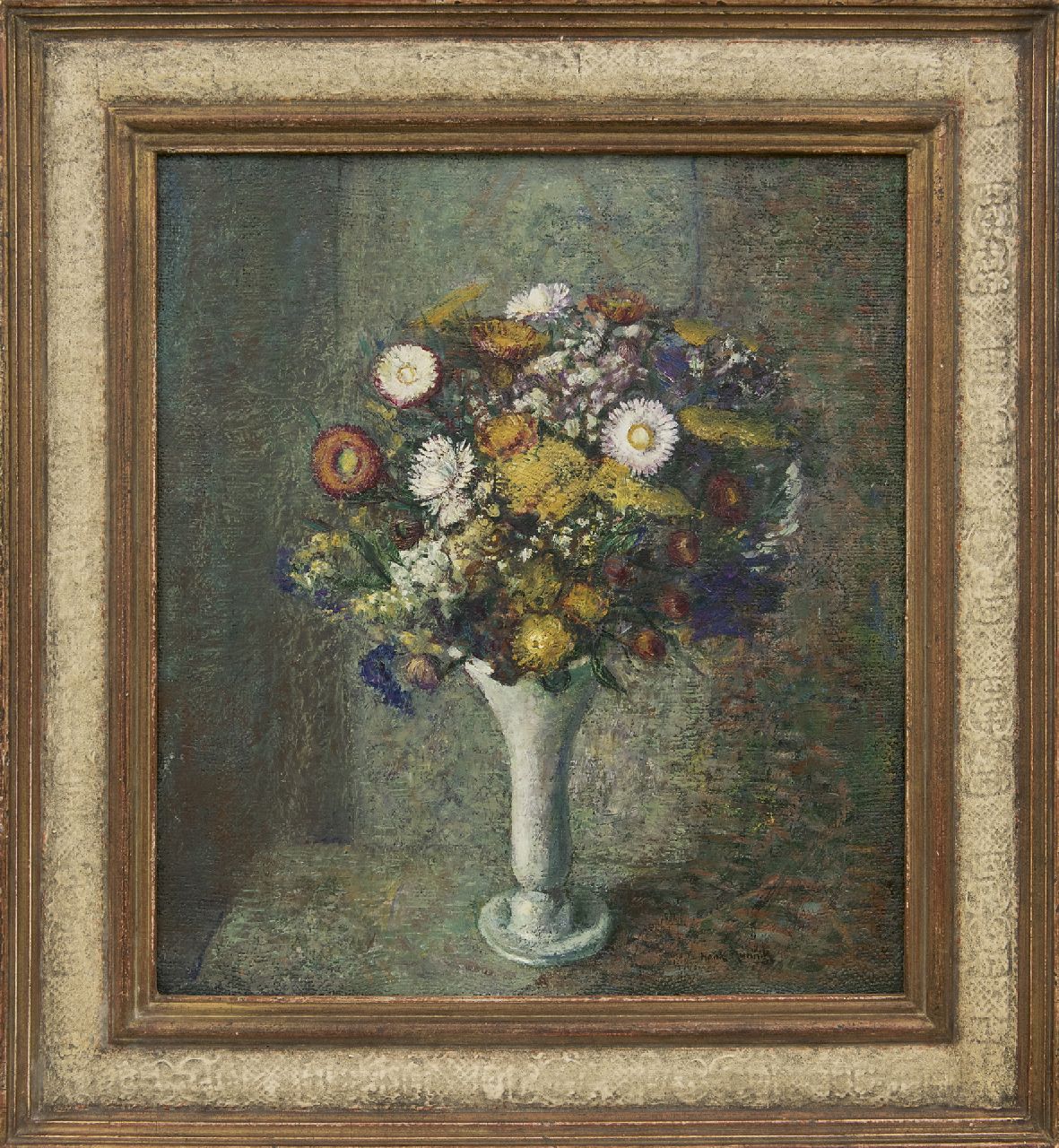 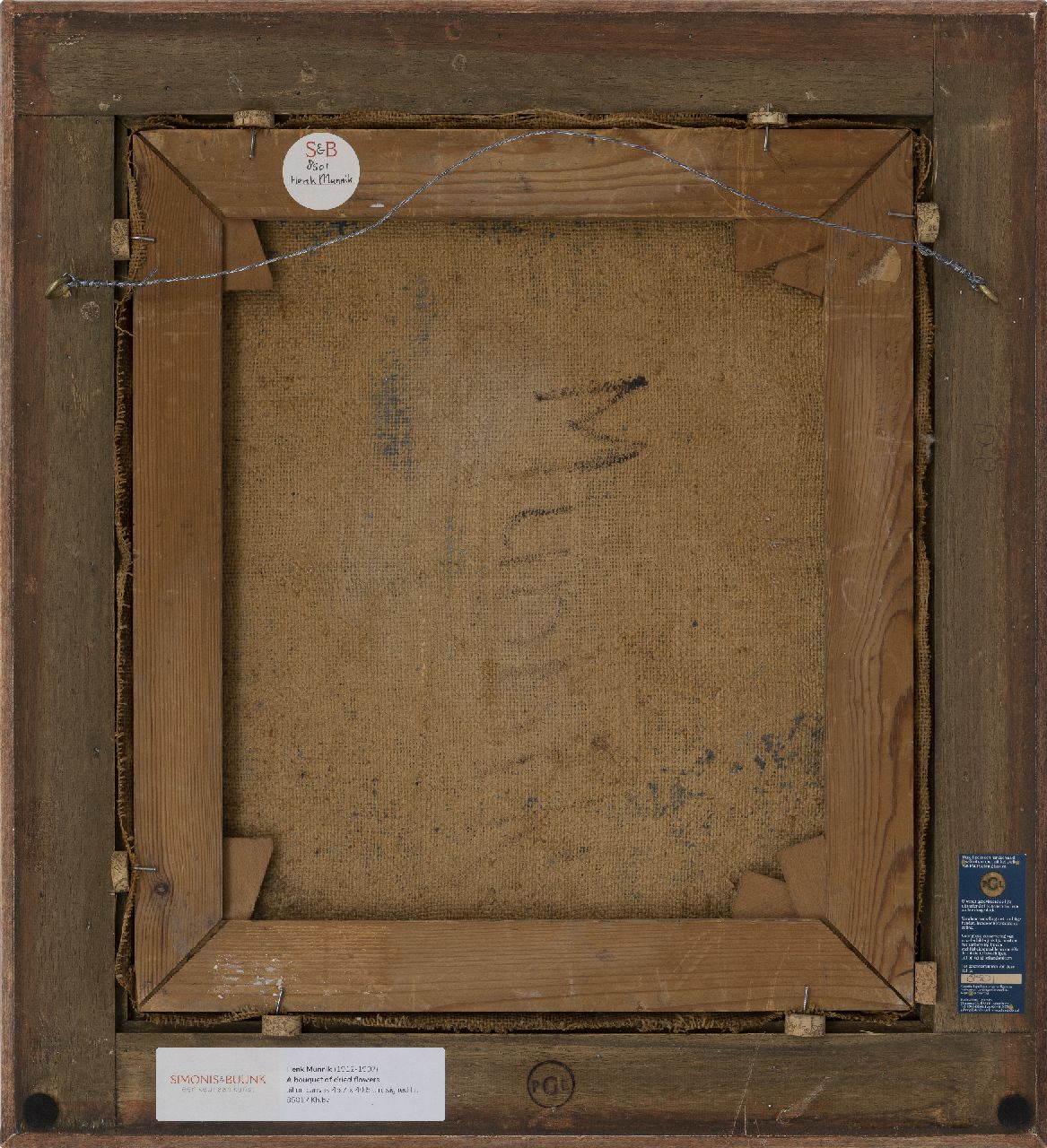 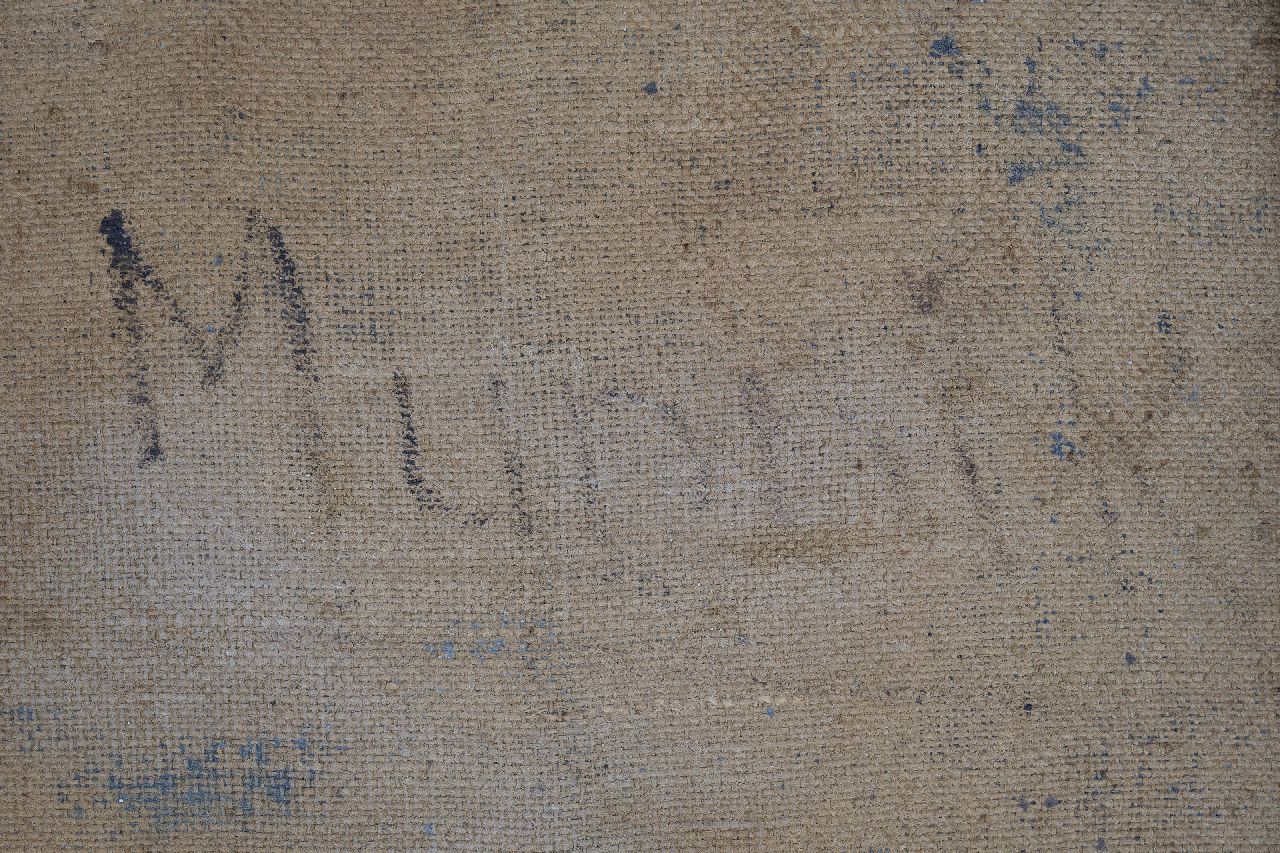 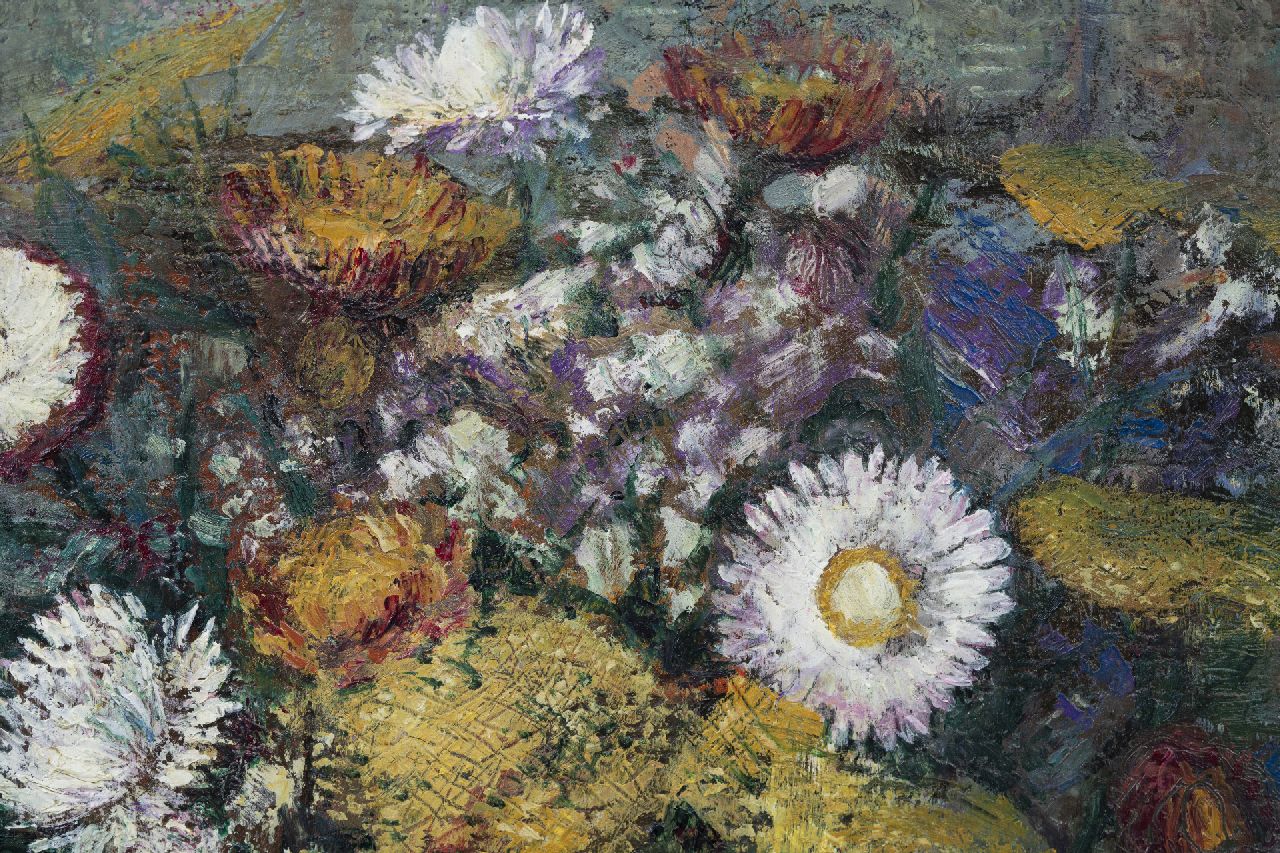 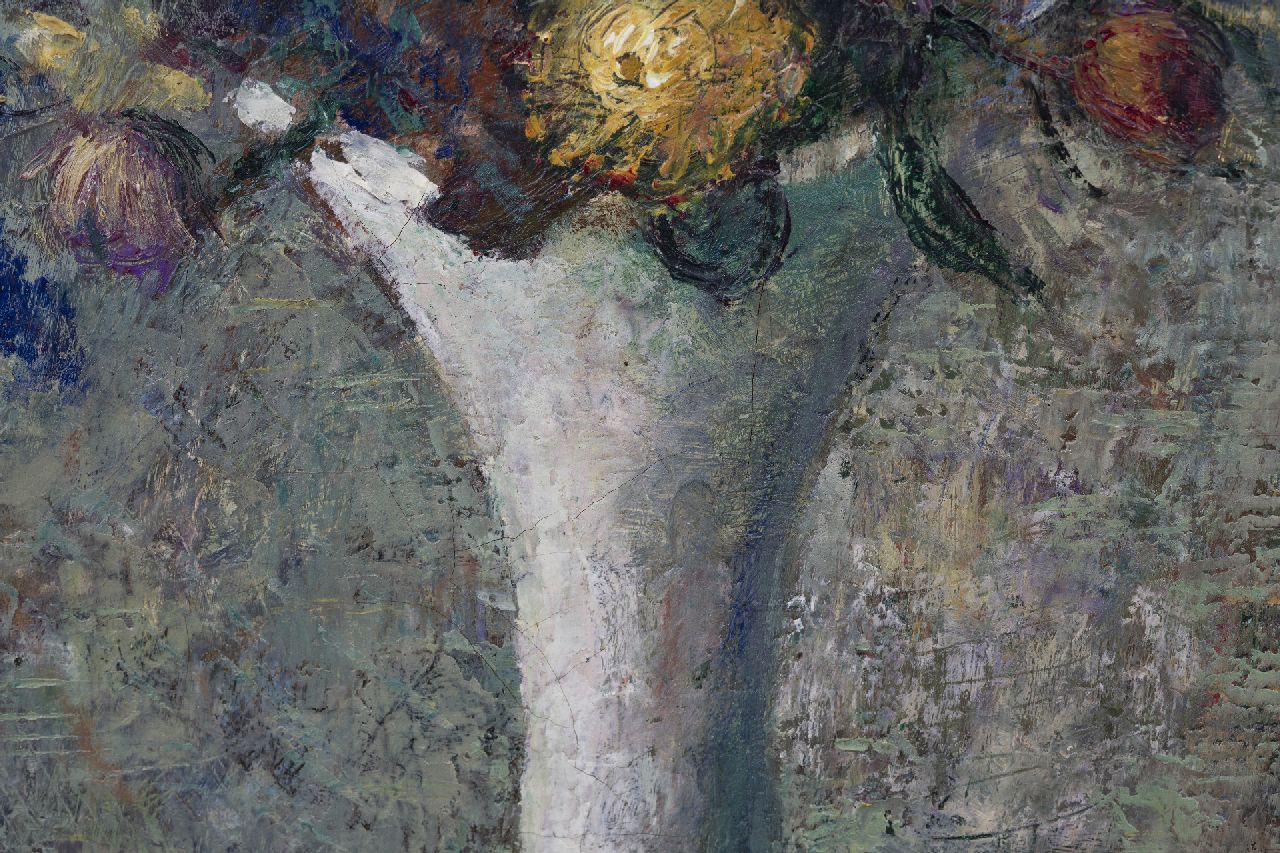 Henk Munnik was a versatile artist who built up a varied oeuvre. He painted figurative still lifes, nudes, portraits and village scenes, but he also made abstract works from the end of the 1960s. Furthermore, Henk Munnik not only limited himself to painting, but also produced fabric designs and provided (book) illustrations. Munnik received his education at the academy in The Hague and had lessons from Cees Bolding, among others. In his work he is influenced by Dick Ket, Pyke Koch, Georges Braque and the École de Paris. Munnik was a member of the artists' group Verve in The Hague in 1960 and was a member of Pulchri Studio.

Also for sale from Munnik A.H. 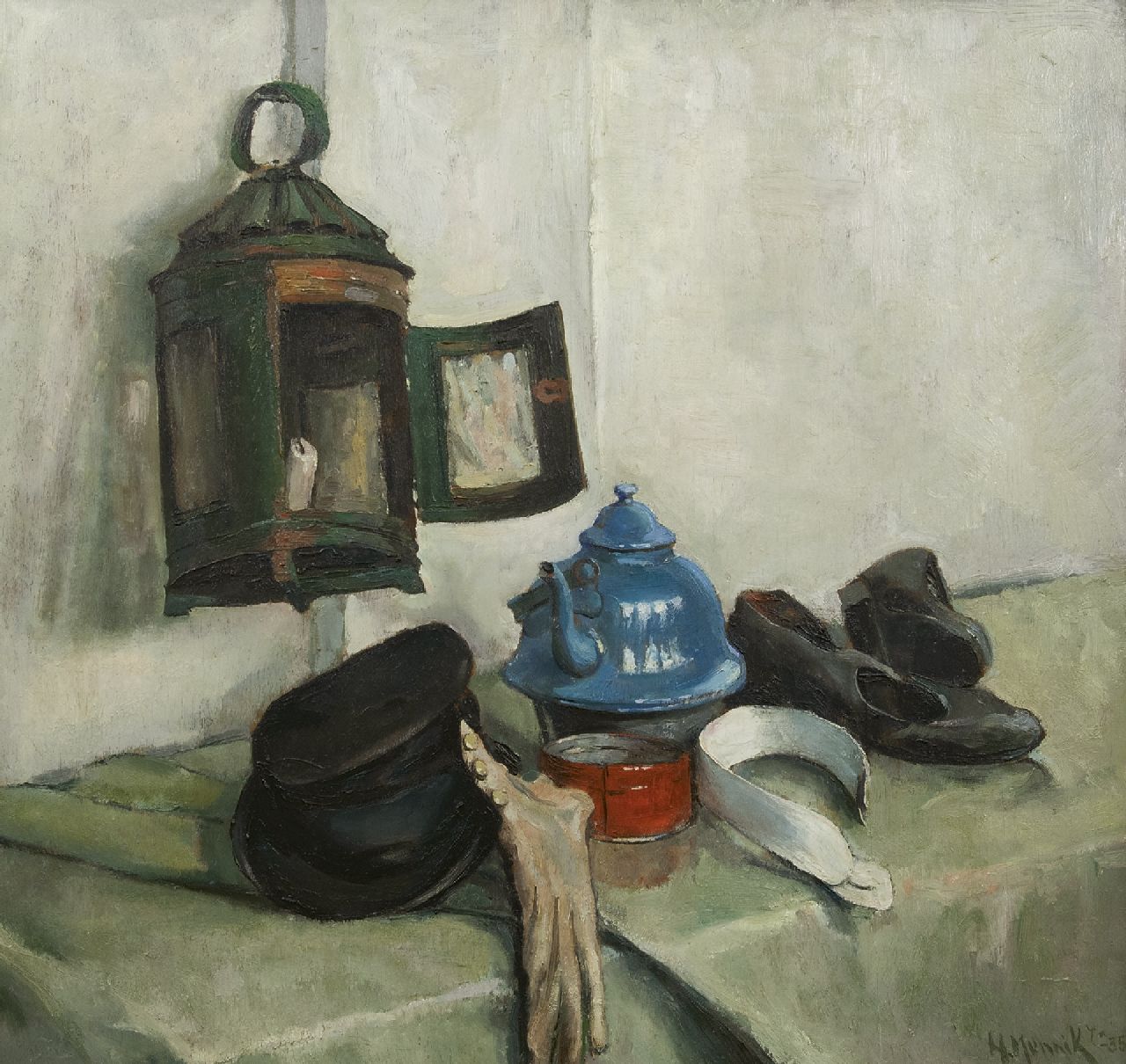 A still life with a lantern and kettle, 1935