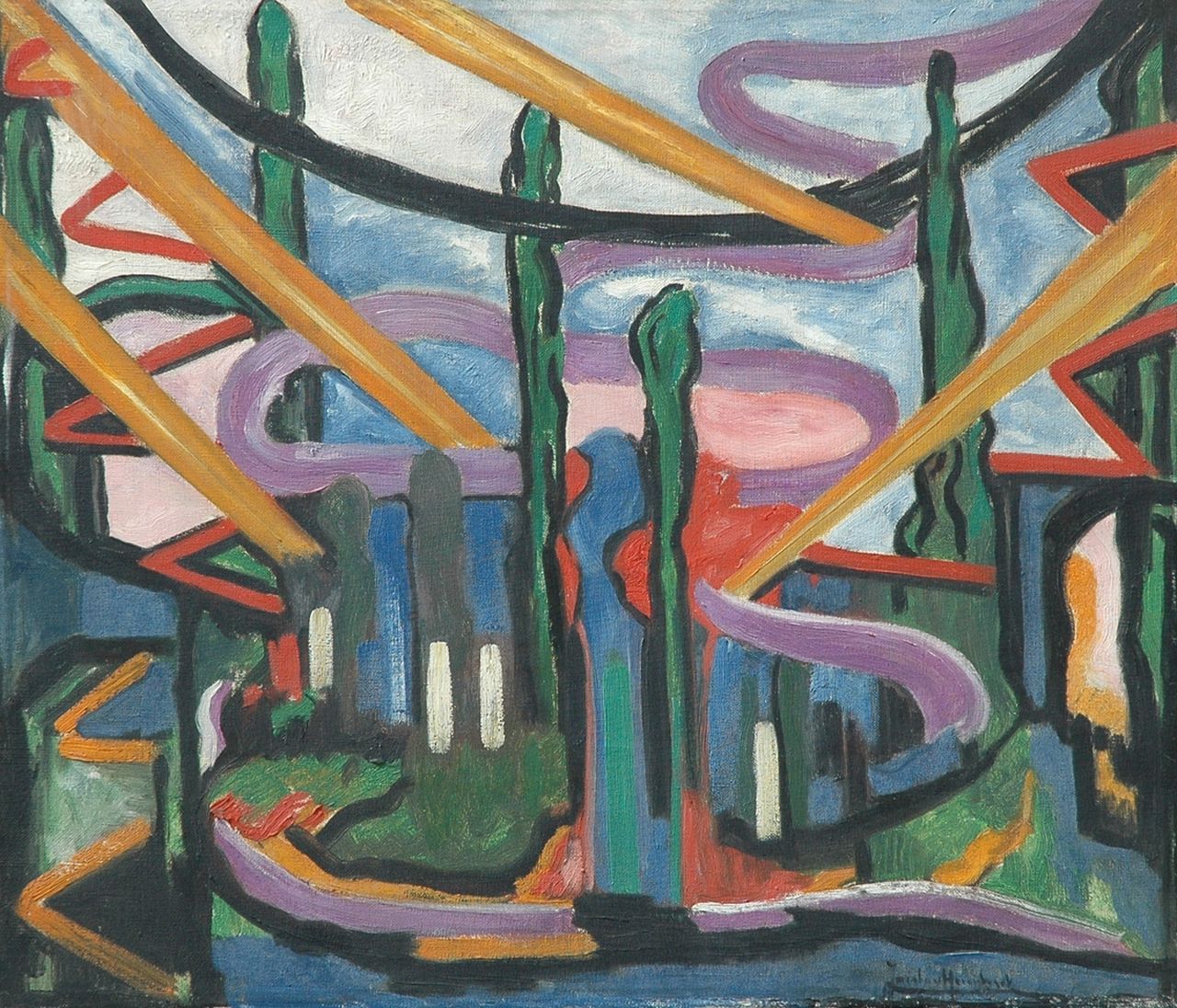 Jacoba van Heemskerck’s work reveals a great affinity with German Expressionism and Kandinsky’s abstract art, particularly when in Berlin, after 1913, when she regularly mixed in the avant-garde circles around Herwarth Walden and his gallery ‘Der Sturm’. There, along with Kandinsky, Marc and Klee, she was seen as one of the great modern artists. Under their influence, she evolved an idiosyncratic form of Expressionism, in which her anthroposophist philosophy played a role. Her paintings and woodcuts clearly reflect an inner spiritual experience. Thus a tree was not painted as she saw it but as her spirit experienced it. She emphasised this break with reality by giving her works numbers instead of a title.