Jean-Pierre Cassigneul, born in 1935 in Paris, studied at the École des Beaux Arts and worked from 1956 until 1960 as a pupil of the painter, lithographer and 'décorateur' Roger Chapalain-Midy. Already in 1956 he had his first solo exhibition at Galerie Bellechasse in Paris. Nowadays, Cassigneul is an internationally renowned artist, represented by galleries in Tokyo (Tamenaga Gallery) and New York (Wally Findlay Gallery). In his work he continues the tradition of the early 20th century Nabis-artists such as Bonnard and Vuillard. Women often play the main part in his works and in some dramatic portraits an influence by Kees van Dongen is noticable. As of the 1970s, in addition to solo exhibitions in Europe and the United States, Cassigneul regularly exhibits in Japan where he receives commissions for monumental wall paintings and carpets. The artist also made name as a lithographer and scene and costume designer. 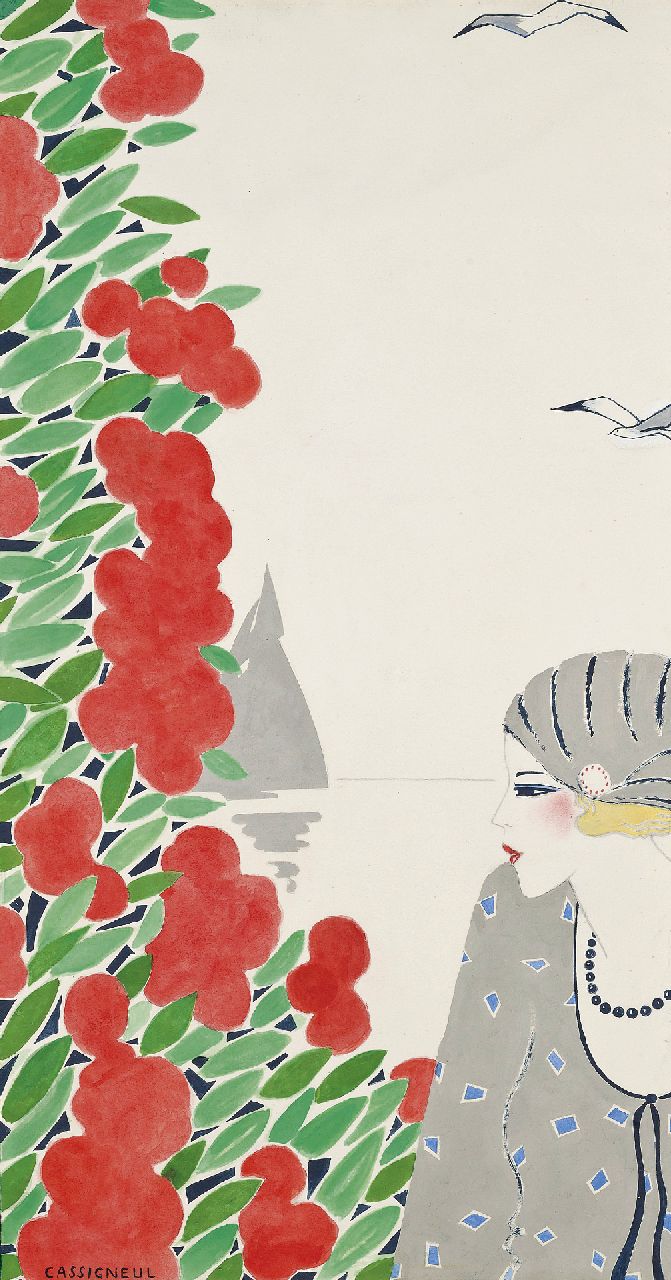