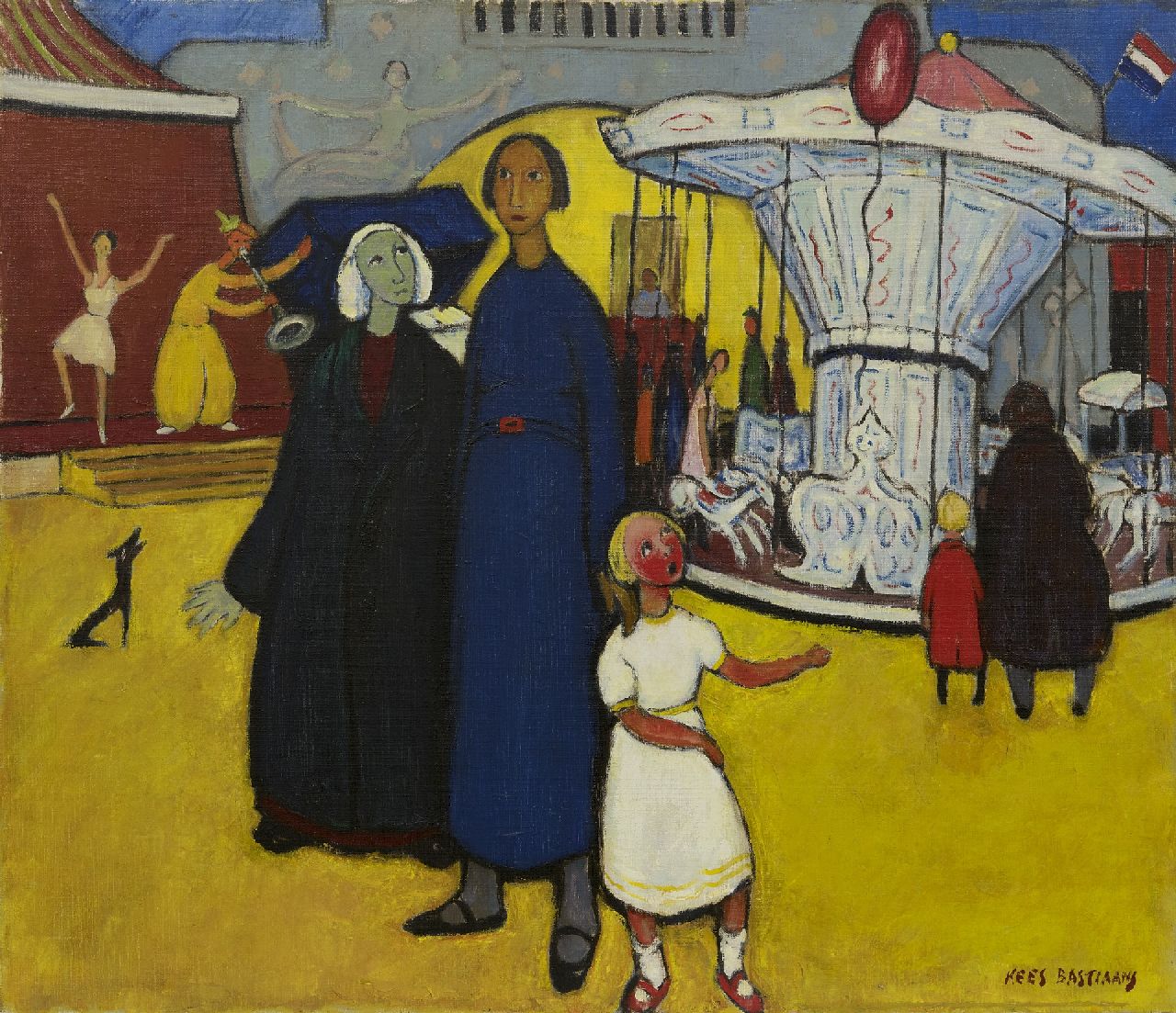 The work of the expressionist Kees Bastiaans is characterized by the combination of black contours with clear areas of color. Initially Bastian was a house painter. In 1937, after his marriage to Mien Derks, he decided to close his painting business and to become a painter. Between 1939-1943 he studied at the Arnhem Academy of Art Exercise. In addition to painting, he also mastered other art techniques. He produced a stained glass window for the church in Mille and made various sculptures. Bastiaans developed an unmistakable own painting style. His cheerful and narrative scenes in simple lines depict various subjects that are often of a religious nature. He painted portraits, still lifes, flowers and fairground scenes, among other things.