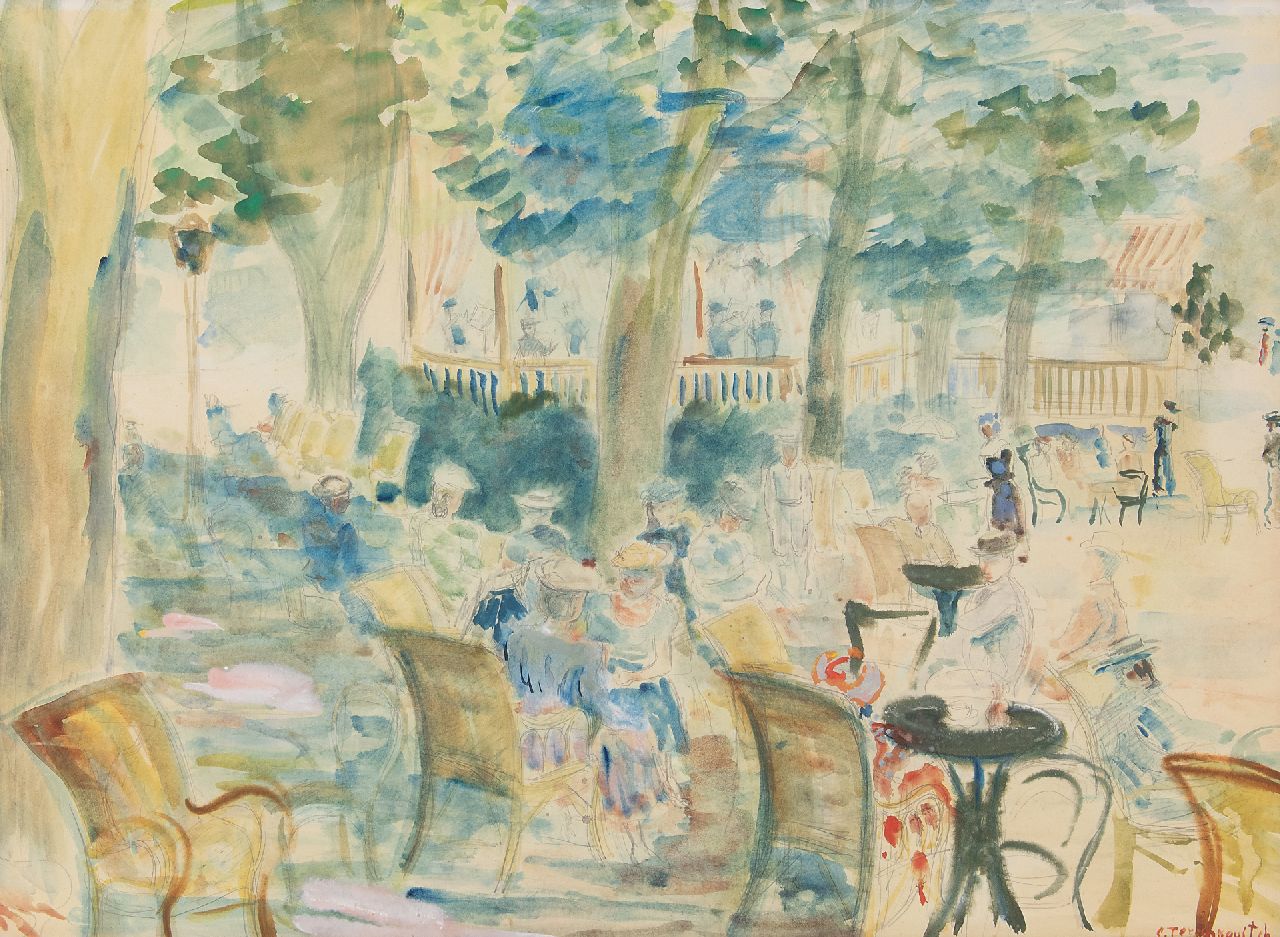 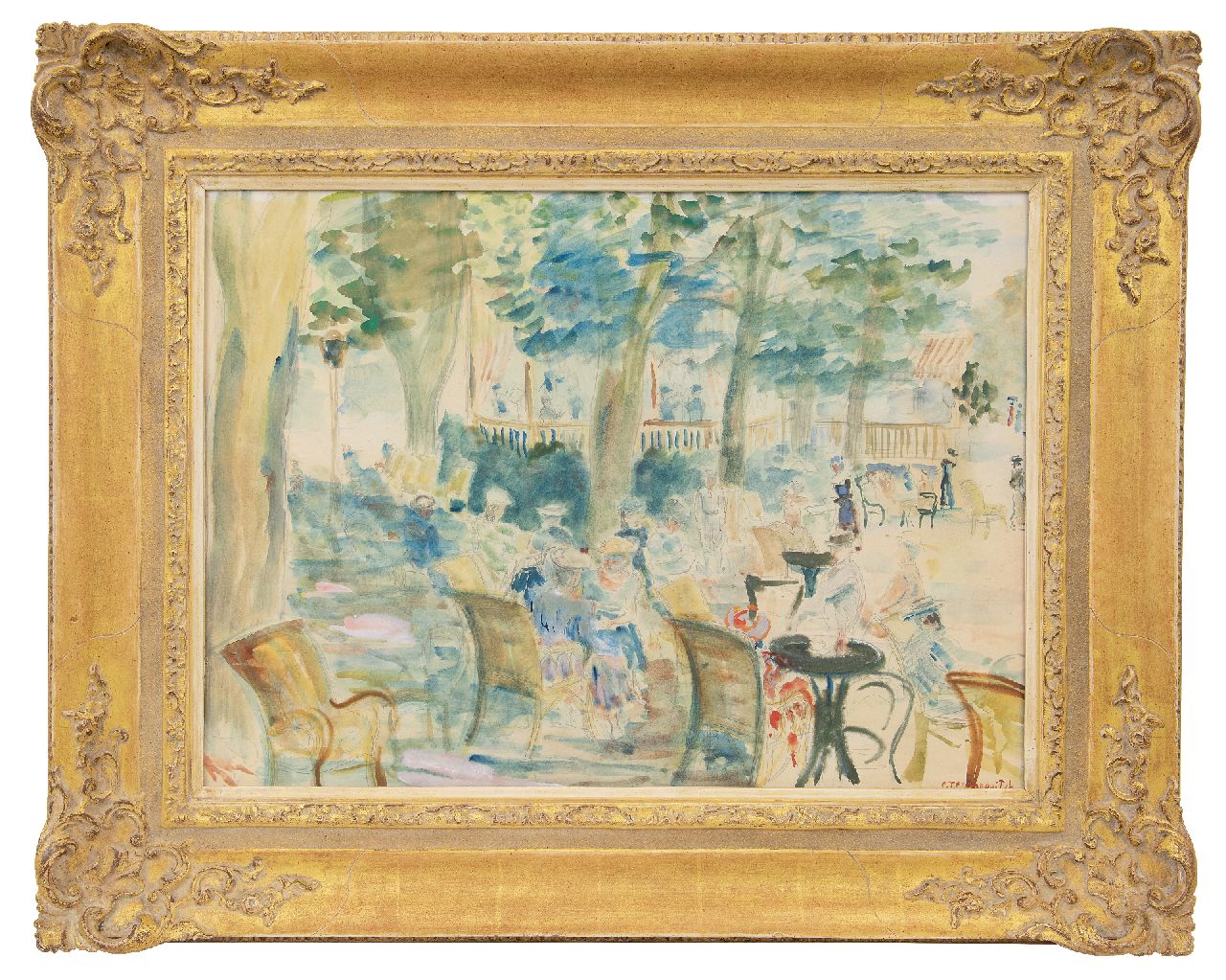 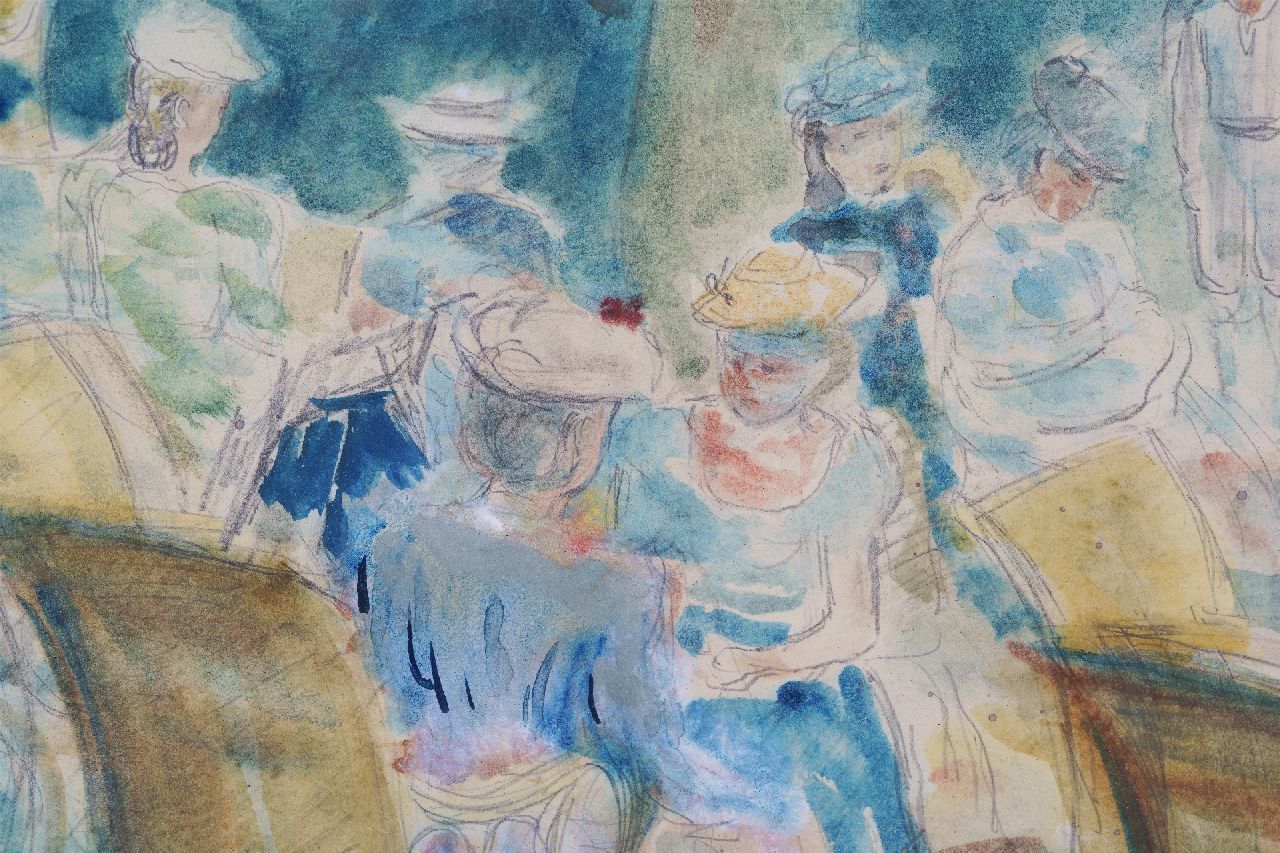 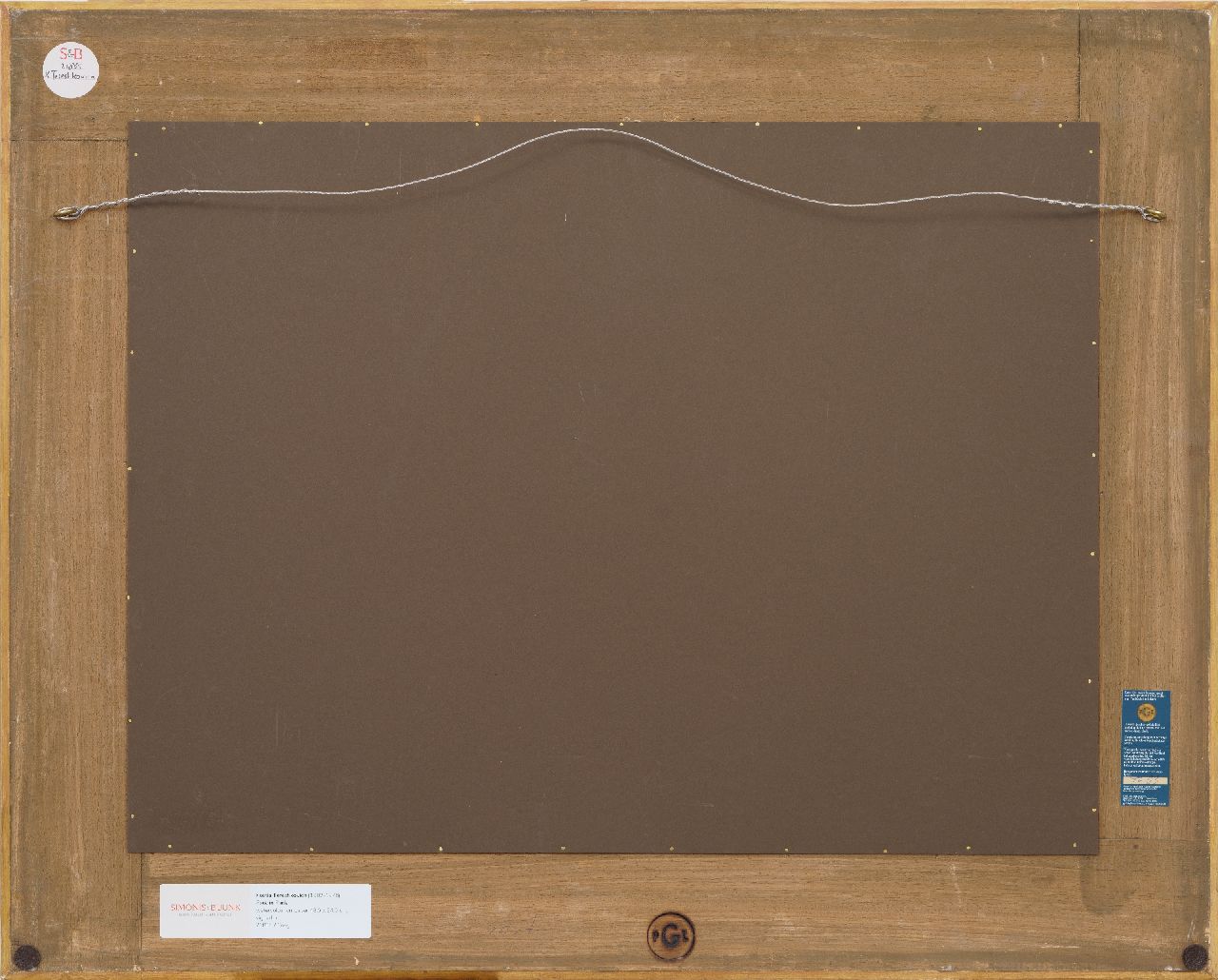 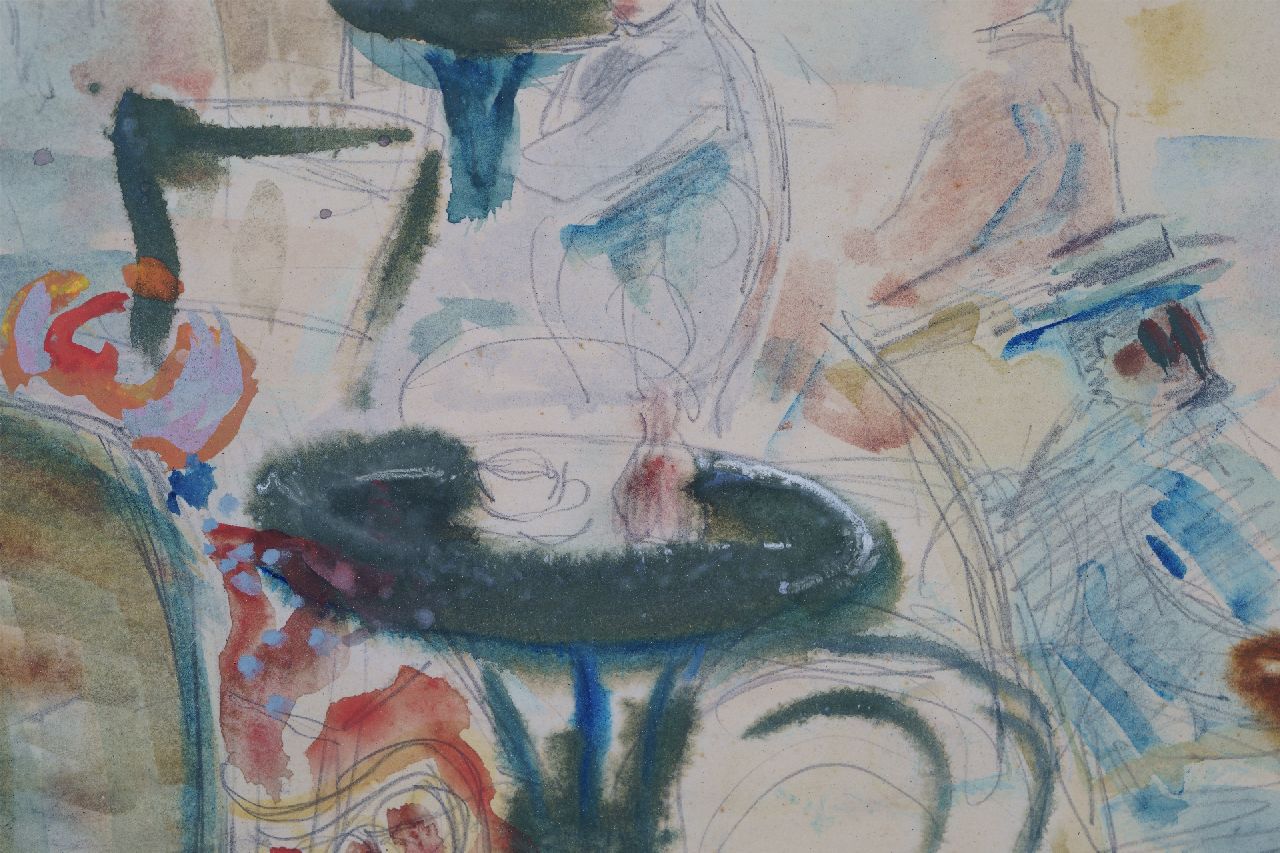 Kostia Terechkovitch painted figures, landscapes and still lifes and was also a poet, lithographer, costume designer and ceramist. He was born in 1902 into a European-oriented Russian family. This gave him early access to private collections, where he became acquainted with the work of the French avant-garde painters Manet, Matisse, Renoir, Van Gogh. After deciding to become a painter, he studied at the Moscow Academy for three months and then left for Paris in 1920. Together with other Central European artists he works in the famous studio building 'La Ruche' in Montparnasse. He took part in the Salon d'Automne from 1925 and soon he was invited for group exhibitions in Parisian galleries. In 1929 he takes part in an exhibition in Musée Trétiakov in Moscow with Russian artists such as Chagall, Soutine and Zadkine. Terechkovitch travels a lot, meets many contemporaries and from the 1940s onwards painted highly appreciated portraits of Soutine, Bonnard, Rouault, Raoul Dufy, Matisse, Derain, Van Dongen and Braque. His style is characterized by short brushstrokes and bright colors, dominated by purplish red, orange, cobalt blue and lemon yellow, along with zinc white and ivory black. After 1945, his main theme is domestic life with his wife Yvette and two daughters. He travels a lot, visits all the Olympics and buys a racing horse, which results in numerous performances of competitions and horses. In 1961 he celebrated his first successes in New York with a solo exhibition at the gallery Acquavella. Meer over deze brontekstBrontekst vereist voor aanvullende vertaalinformatie