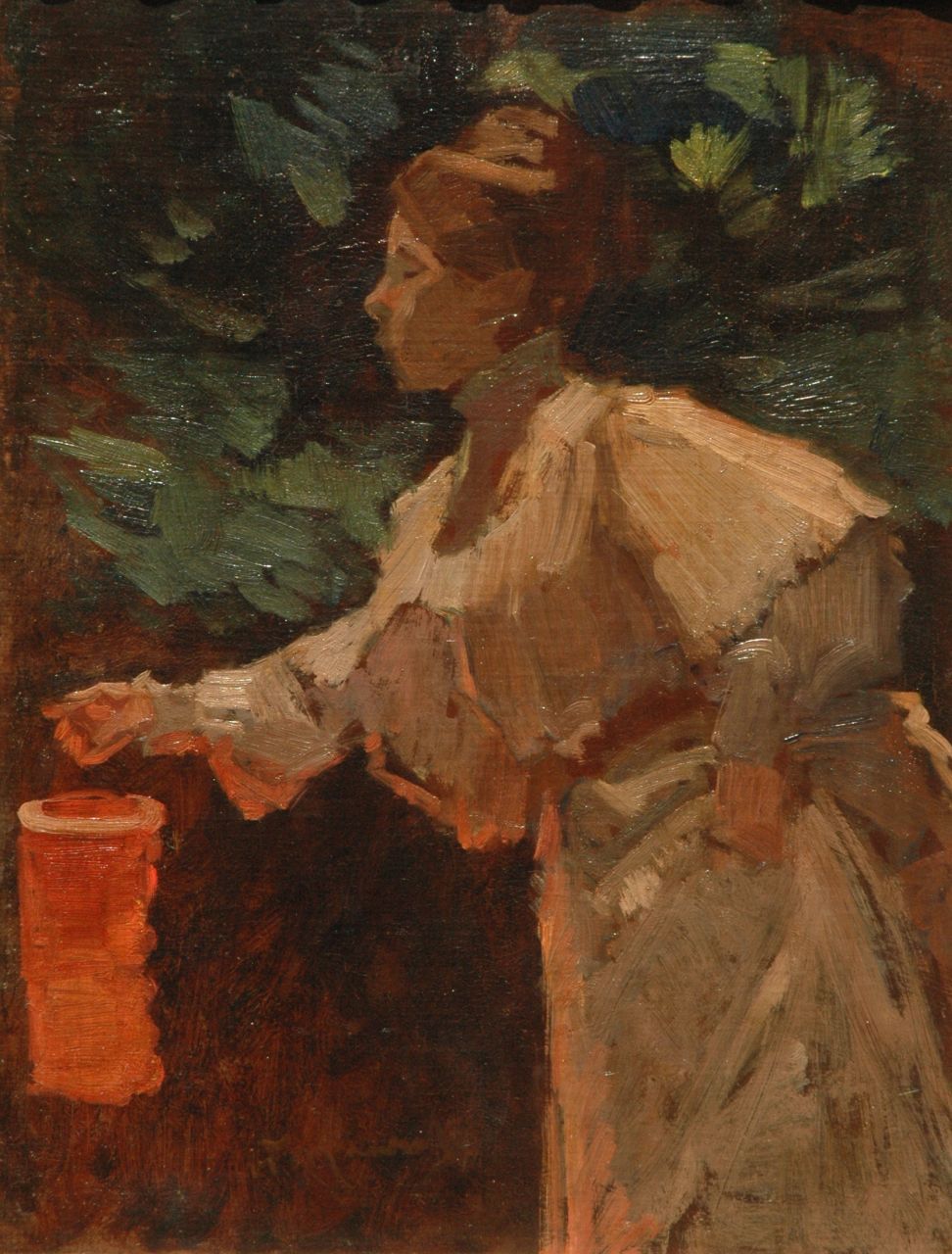 Marinus van der Maarel was born in the Hague in 1857 and also attended the academy in this city, where he was ao Willem de Zwart, Breitner and Floris Verster met. He then went to Willem Maris for some time to learn painting. There he learned to paint the sometimes clear, then misty light of the Dutch coast. He also took over the casual, impressionistic brushwork as well as the preference for beach and dune views and fishermen. As early as 1884, his works were exhibited together with those of Mauve, Breitner and the Maris brothers and sold in the Hague settlements of Van Wisseling & Co at the Buitenhof. 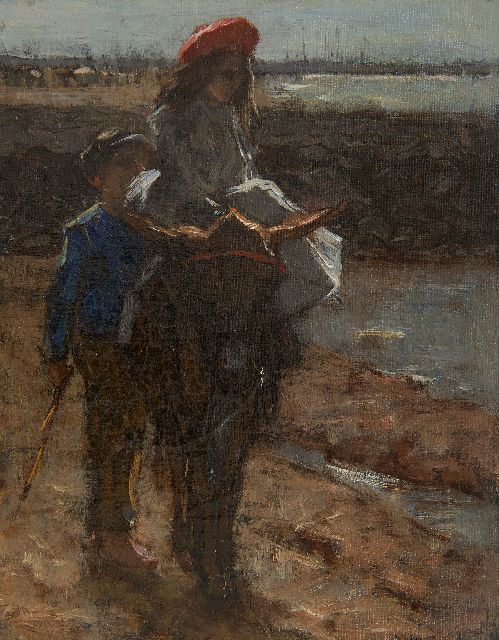 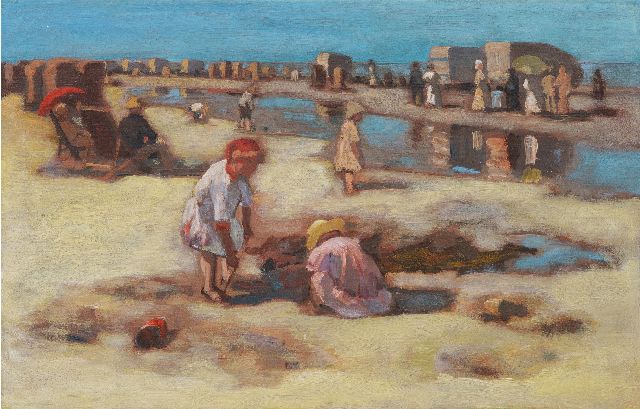 Children playing on the beach at low tide