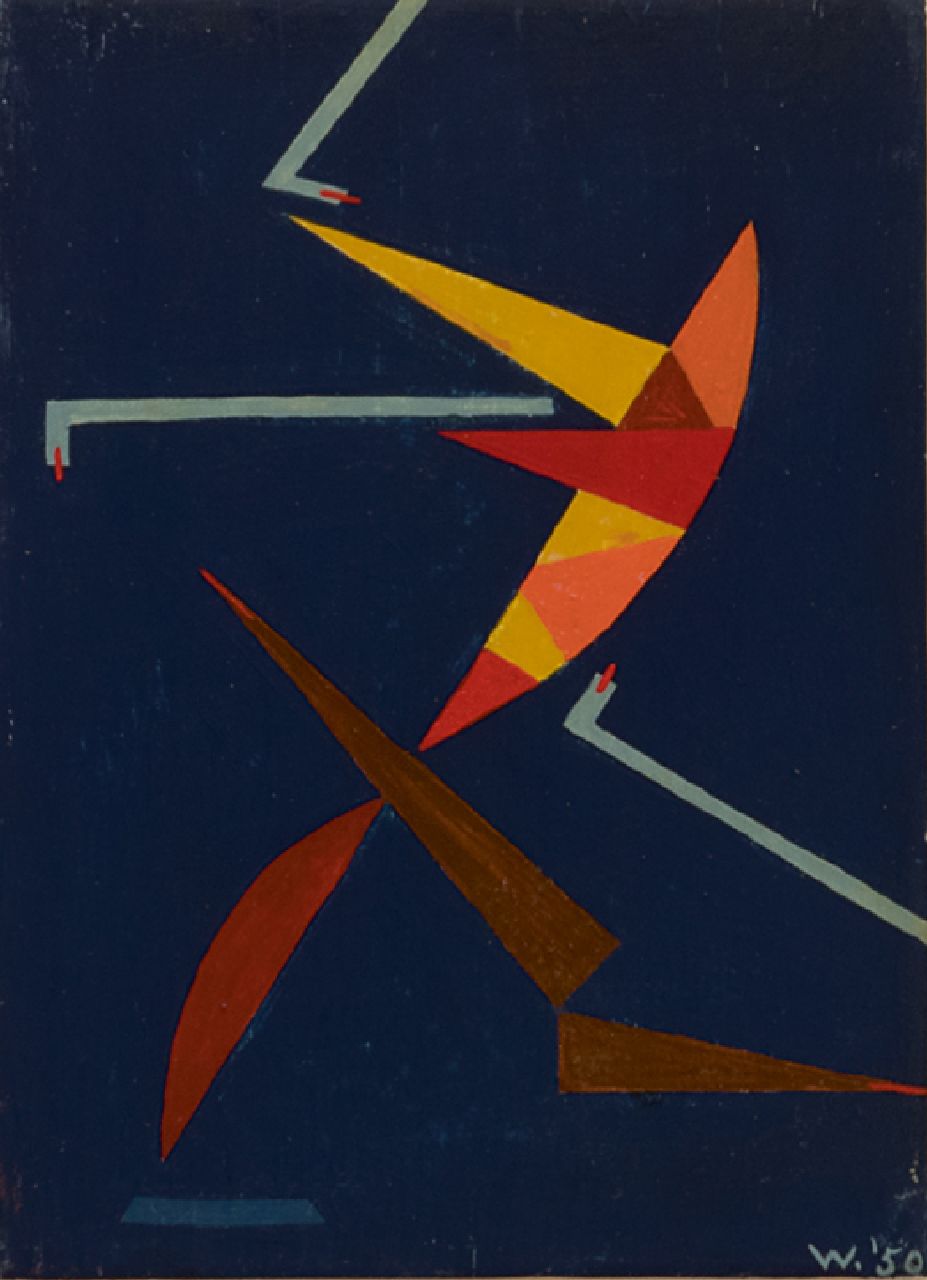 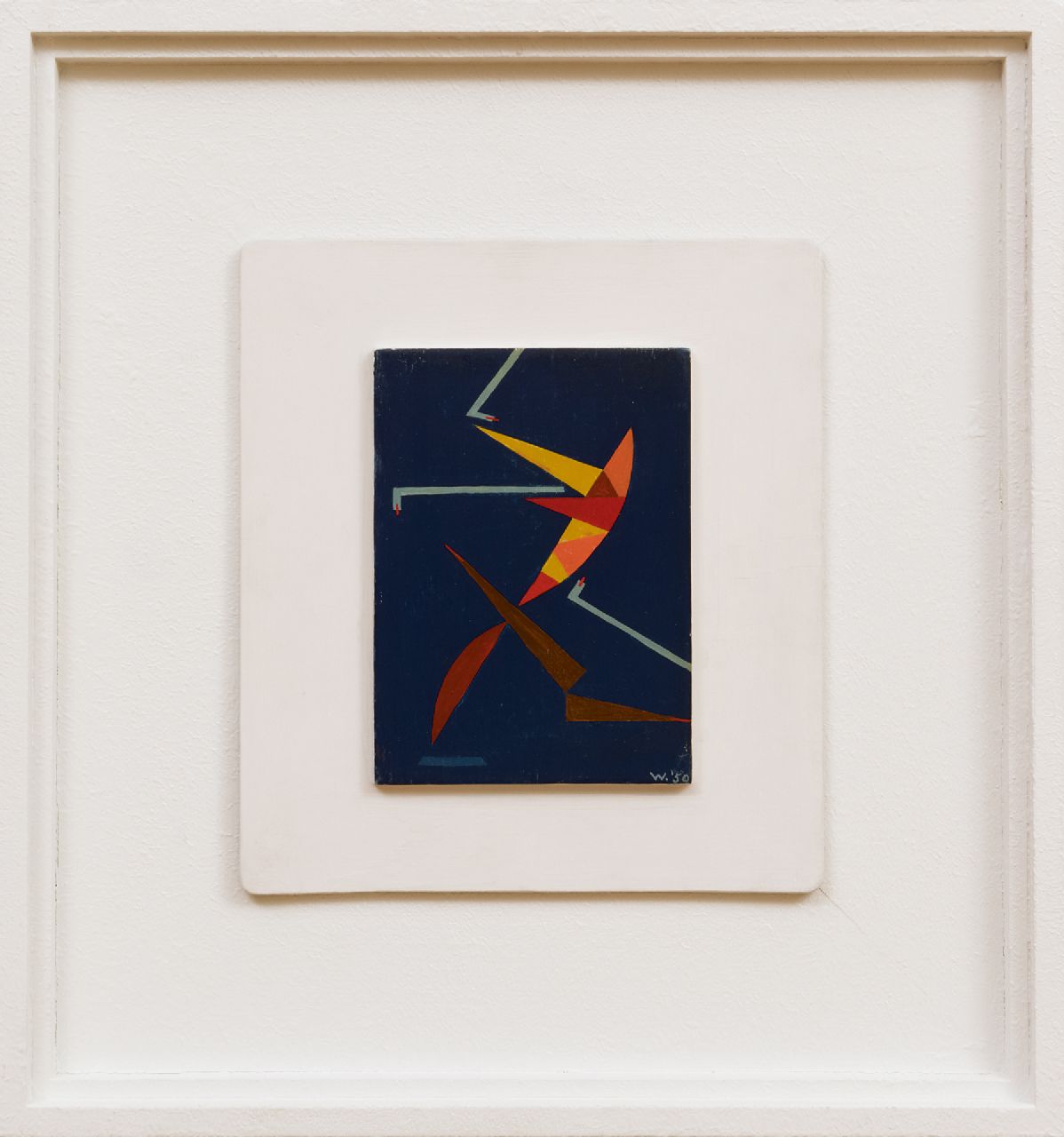 Because she felt that the work of women artists was not taken seriously, the Dutch painter Sophia Warburg adopted the pseudonym Nicolaas Warb in 1941. She had lived and worked in Paris since 1929. There she visited the academy La Grande Chaumière and worked as a stylist for the large department stores. In 1939, at the age of 33, Warb chose to paint. She took lessons with Georges Vantongerloo but allowed more feeling and intuition in her work. Music and anthroposophy also played a major role. Warb was an active member of the Société Réalités Nouvelles and from 1946 participated annually in the Salon des Réalités Nouvelles.