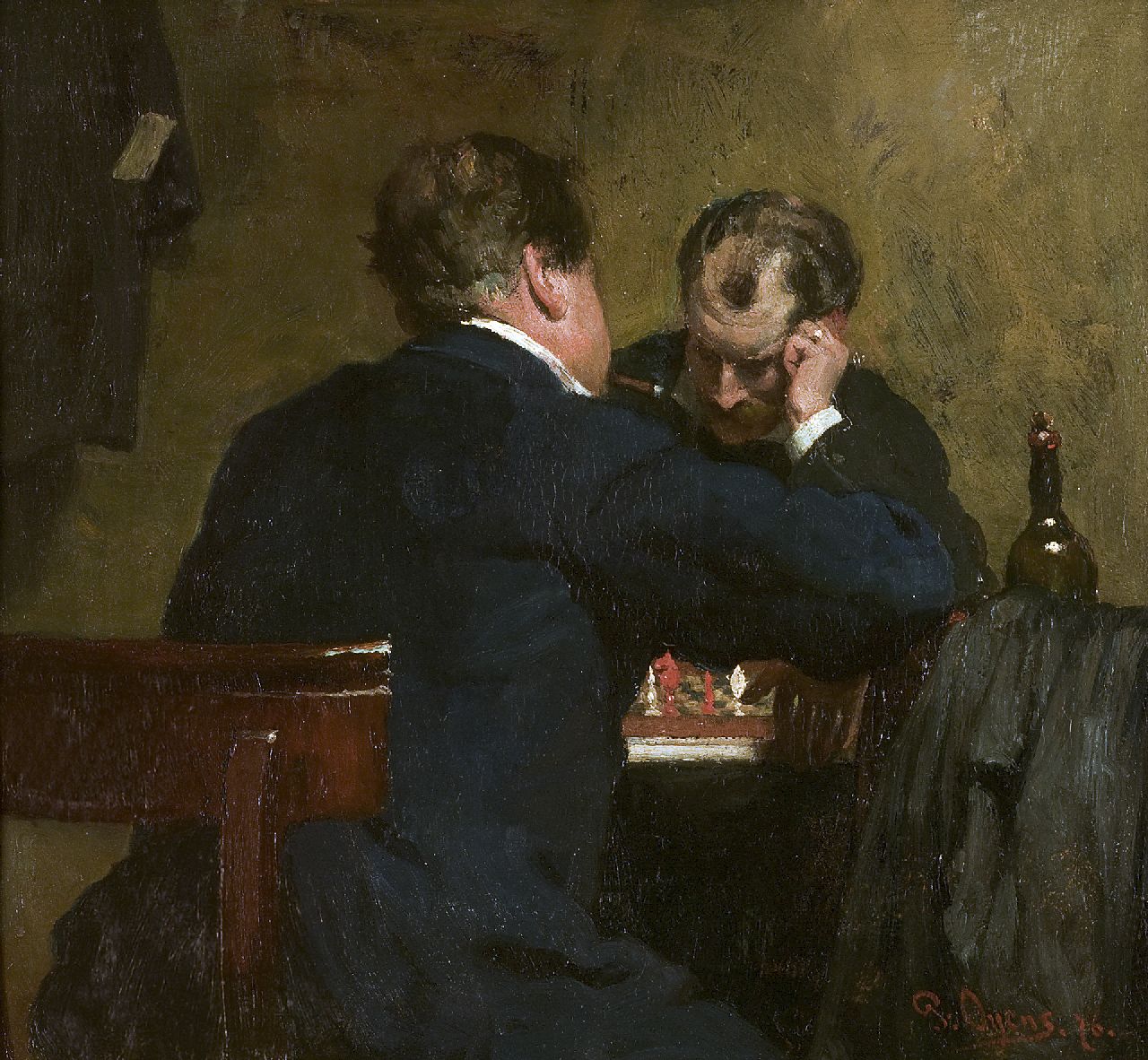 Pieter Oyens and his twin brother David mainly painted subjects from their immediate environment and their daily lives as artists. The studio scenes, recorded in their joint studio, are famous. Their work is virtuoso, painted with a firm and lively touch and often depicts a true 'joie de vivre'. The brothers moved to Brussels in 1860 for their education, where they would settle permanently a few years later. For a long time they painted in the same style and the same subjects, in line with current developments in Belgian modern art and influenced by the vision of La Société Libre des Beaux-Arts. This Brussels artists' association, founded in 1868, advocated artistic freedom with regard to style and subject, and wished for the imagination of its own time, 'la vie moderne'.