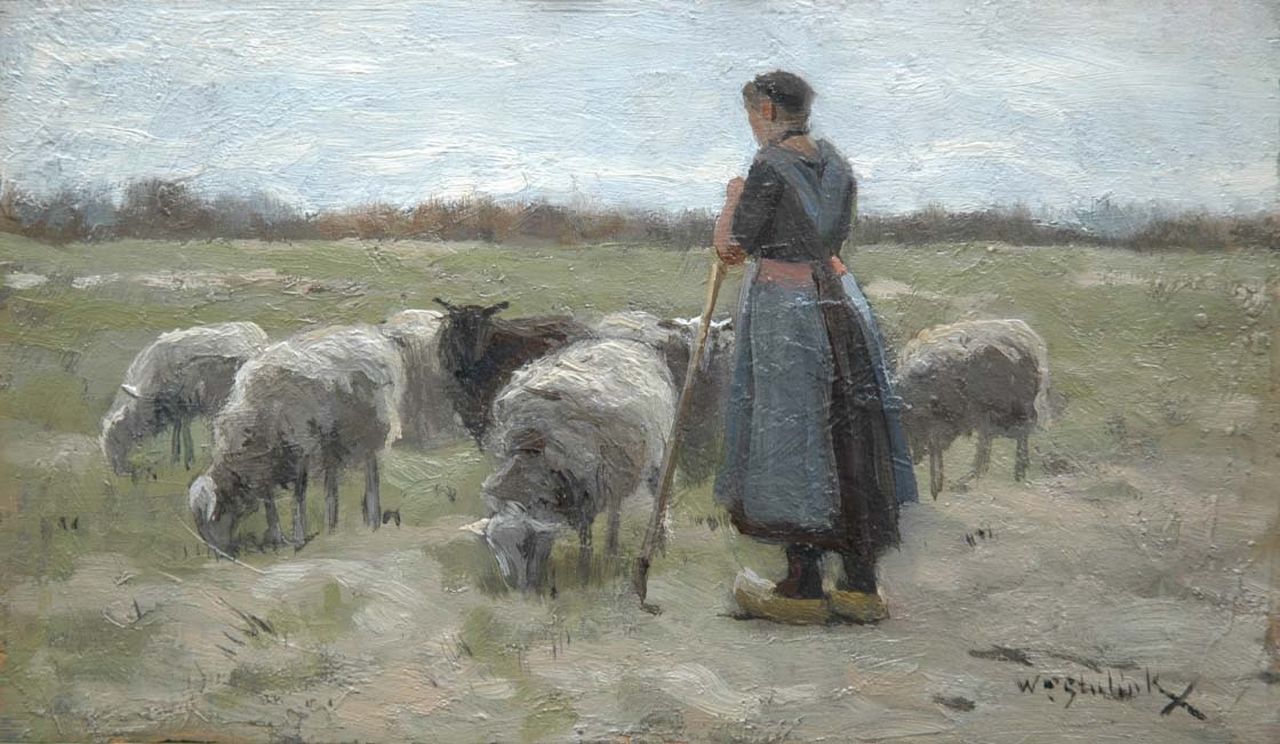 Willem Steelink is considered one of the 'successors' of Hague School painter Anton Mauve, alongside F.P. ter Meulen and H.J. van Weele. Born in Amsterdam and trained by his father in the romantic tradition as a painter of historical scenes, Steelink choose a different path after discovering the heathland of the Gooi region in 1877. In the summers, he and Hein Kever would go to Laren to paint sheep-dotted landscapes that are prized for their beautiful lighting. Eventually Steelink settled in Hilversum, and later in Scherpenzeel and Laren, in order to be closer to his beloved subject matter. There is a flourishing market for his work, also among collectors in Germany, England and Canada. 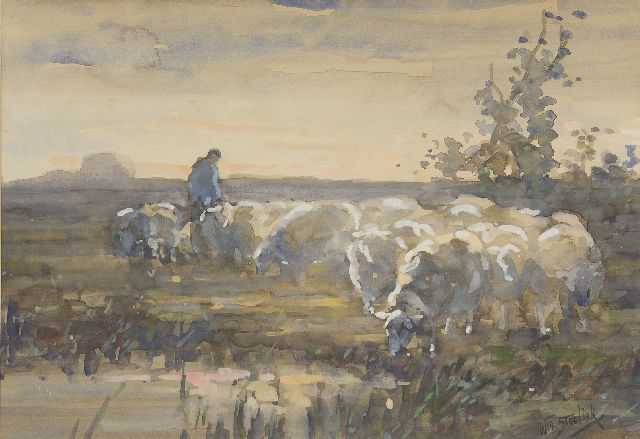 A shepherd with his sheep 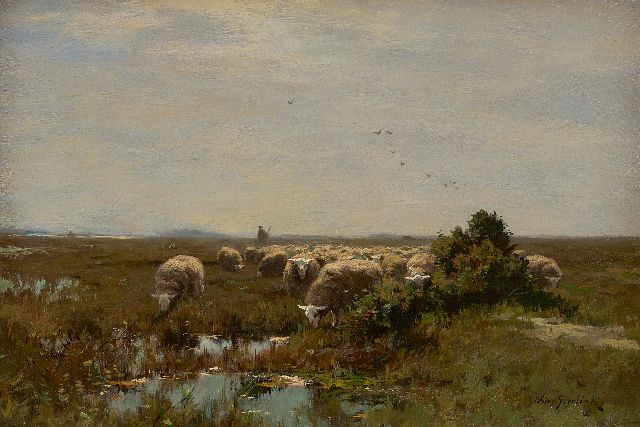 Grazing sheep on the heathland 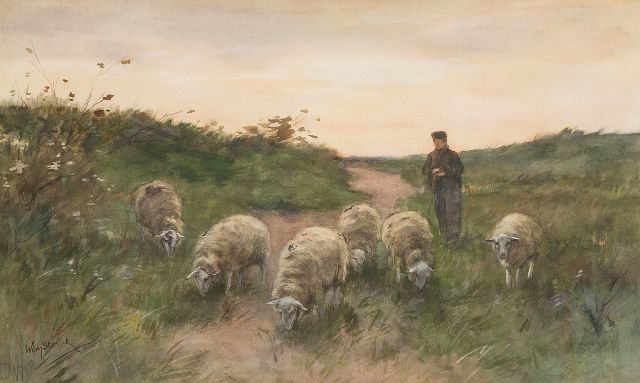 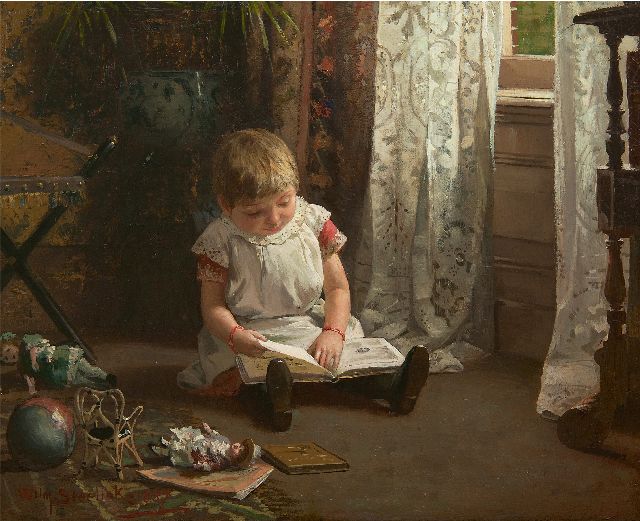 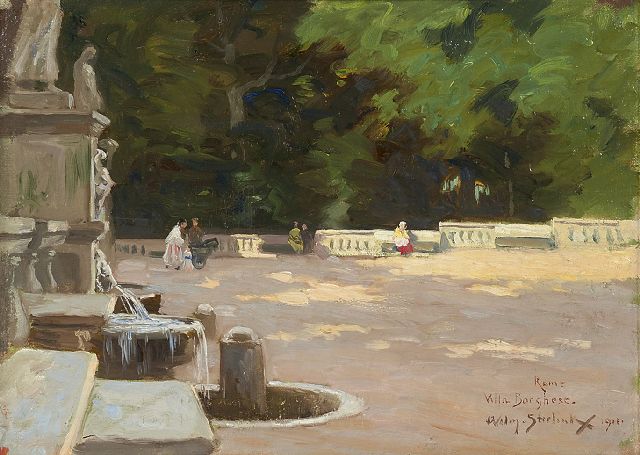