In 1886 in Paris at an exhibition of French Impressionist painters hung a large, sunny canvas by Georges Seurat entitled "A Sunday Afternoon on the Island of La Grande Jatte". The work was carefully constructed from small dots of paint and caused a storm of reactions. The art critic Félix Fénéon called Seurat's stippling technique "neo-impressionism", a term that would thereafter be used permanently for the work of Seurat, Paul Signac and their followers. In fact, the Neo-Impressionists built on the Impressionism of Claude Monet and his circle, painters who en plein air captured the changing effects of sunlight in bright colors and quick, spontaneous brushstrokes. But their work was also a response to the fleeting nature of Impressionism: Seurat and his colleagues used their small and orderly dots of color to represent the enduring, essential of nature. In doing so, they made use of Michel-Eugène Chevreuil's 19th-century scientific theories about the perception and effect of light and color. His "chromatic circle" showed that optical color mixing occurs at distance and that the three primary colors of the solar spectrum, red, yellow and blue, have a complementary color (green, purple and orange) that enhances them. Due to the stippling and the proximity of this counterpart, the colors on the canvas get a tingle that gives the impression of a warm, vibrating (sun) light.

In the Netherlands, neo-impressionism mainly spread through Jan Toorop. He came into contact with it through the Belgian artist group Les Vingt, of which he was a member from 1884, during his stay in Brussels (1883-1890). He was one of the twenty permanent members of this avant-garde group and the only Dutchman among celebrities such as Ensor, Anna Boch and Seurat's Belgian followers Théo van Rysselberghe and Henri van de Velde. In 1887, Les Vingt in Belgium organized one of the first exhibitions of Neo-Impressionists outside France. There were also pointillary canvases by Toorop, who in 1888, incidentally, would again proceed to an idiosyncratic treatment of Seurat's pointillism. Thanks to Toorop, neo-impressionism was first shown in Amsterdam in 1889. The Dutch public, accustomed to the green Dutch landscapes and the solid touch of the Hague School, could not get excited about the "dotted mania of the vibrists", as the neo-impressionists were mockingly called. Nevertheless, in 1892 he organized a second exhibition of Les Vingt at the Haagsche Kunstkring. This time a group of painters in Leiden and The Hague became inspired, including Johan Thorn Prikker, Jan Aarts, Jan Vijlbrief and H.P. Bremmer, who painted a number of pointillist still lifes in the period 1893-1895 and who influenced painters such as Herman van Daalhoff, Jaap Nieweg and Jo Koster.

In addition to The Hague and its surroundings, Toorop also made Domburg in Zeeland a center of Neo-Impressionism. Between 1903 and 1922 he gathered artists around him in the summer, a number of whom started to pointill, including Piet Mondrian, Otto van Rees, Mies Elout-Drabbe, Ferdinand Hart Nibbrig. The intensity of the light on Walcheren, surrounded by water, would contribute to Toorop switching from fine pointillé in his Zeeland motifs to strong, mosaic-like notes in clear pastel shades. In 1909 and 1910 Mondrian took over these large brushstrokes. Subsequently, in Amsterdam, this work, together with that of Jan Sluijters and Leo Gestel, would lead to the so-called Amsterdam luminism - partly originating from pointillism - which was rampant around 1911. Hart Nibbrig stuck to fine dots, which he freely combined here and there with color streaks. Together with Co Breman and, only for a short time, with Hendrik Jan Wolter, he formed the Laren pointillists, who painted blond, sun-headed Gooi landscapes. 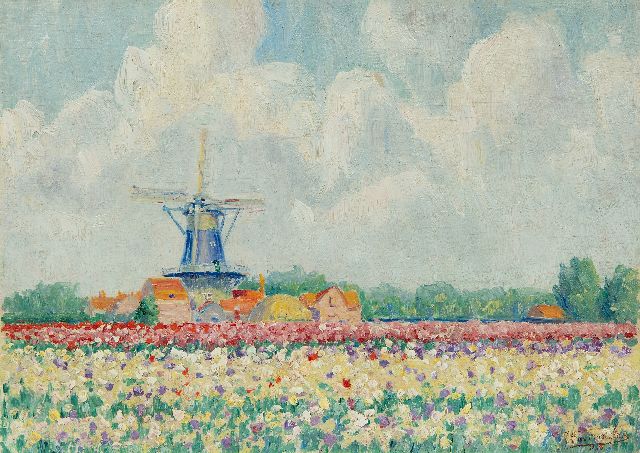 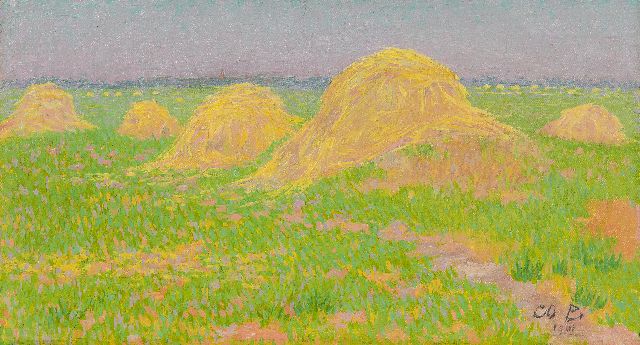 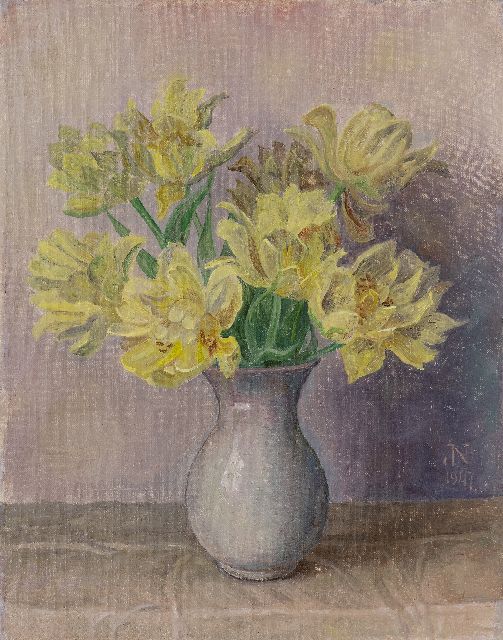 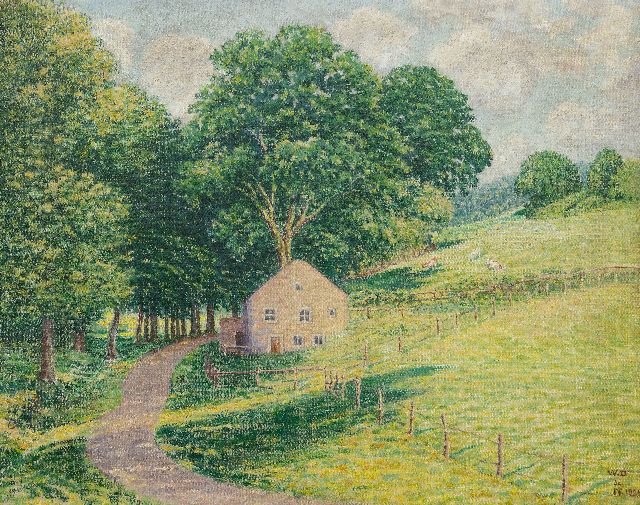 Landscape with farm in the Ardennes, 1926 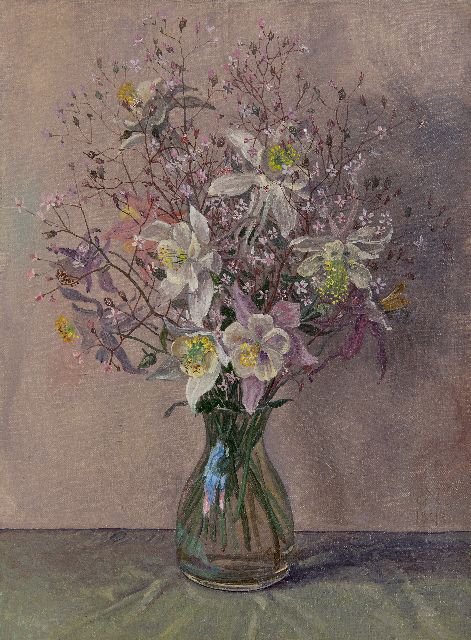 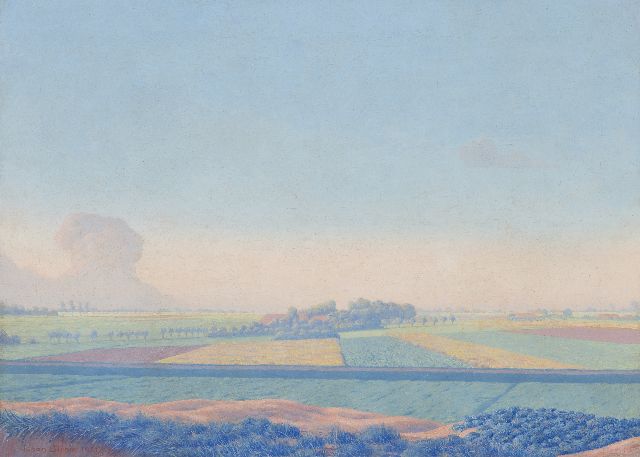 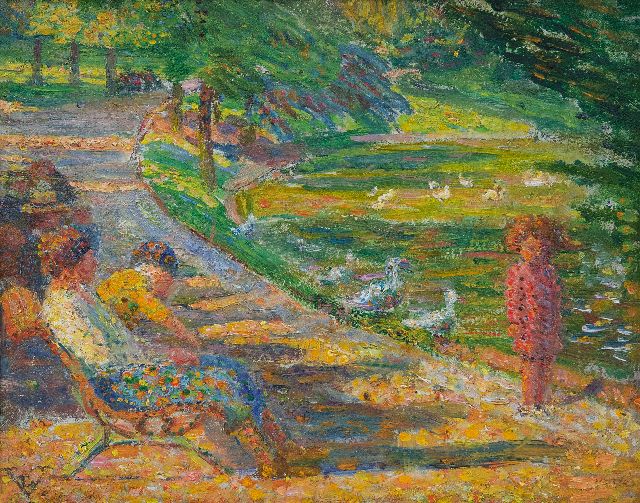 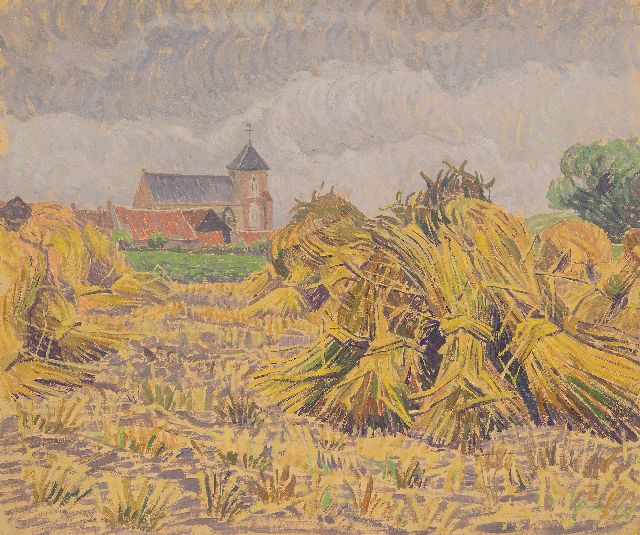 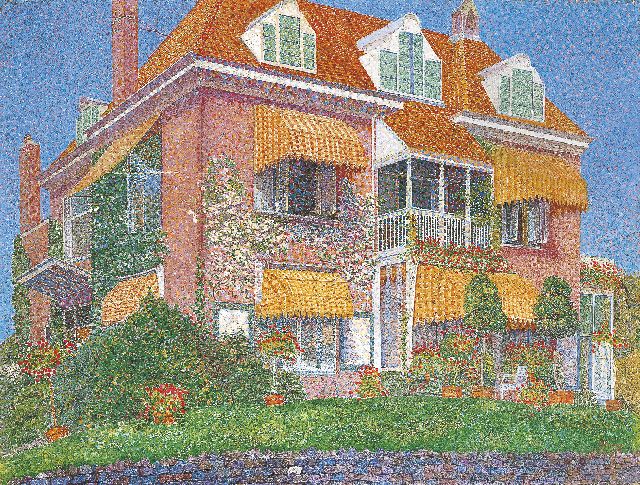 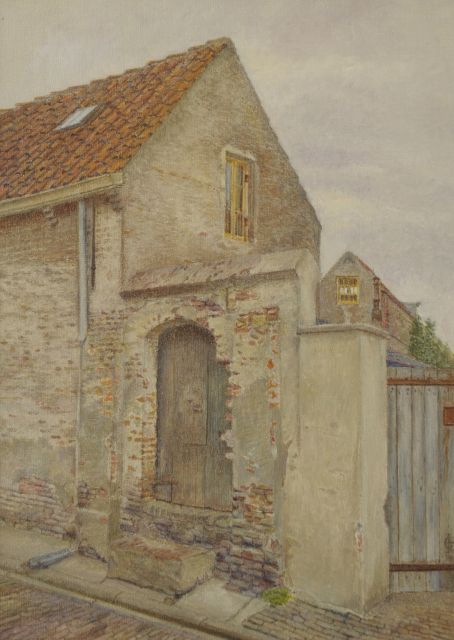 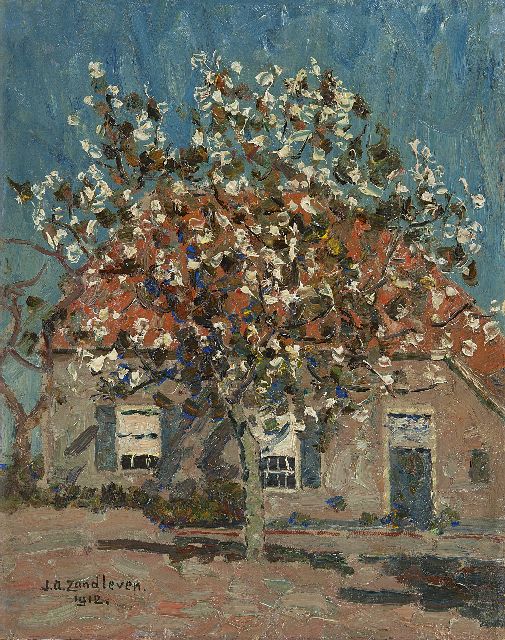 The Hague townhouse in summer 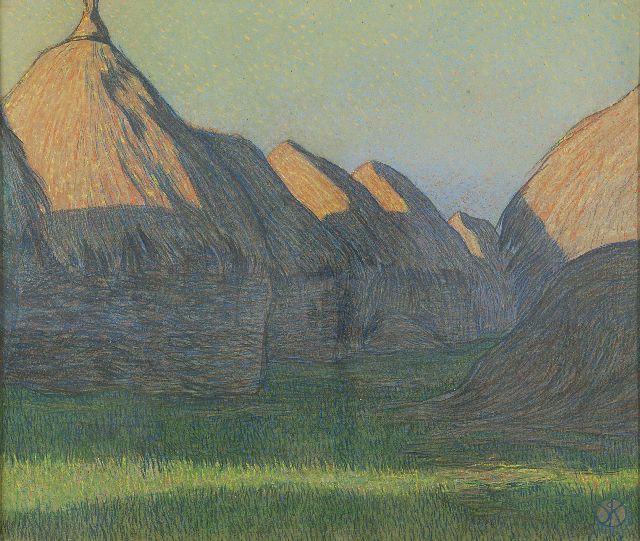 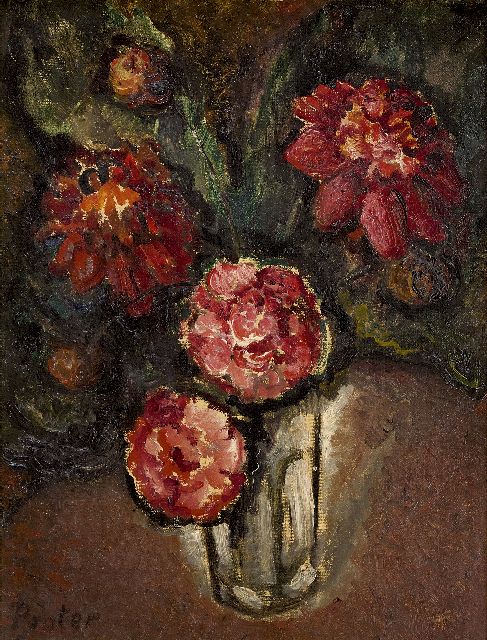 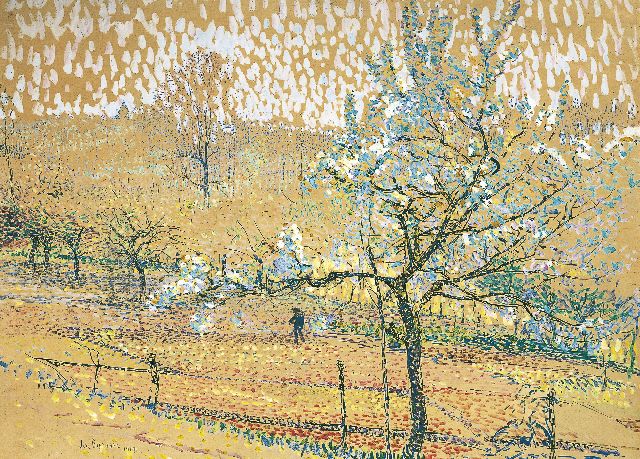 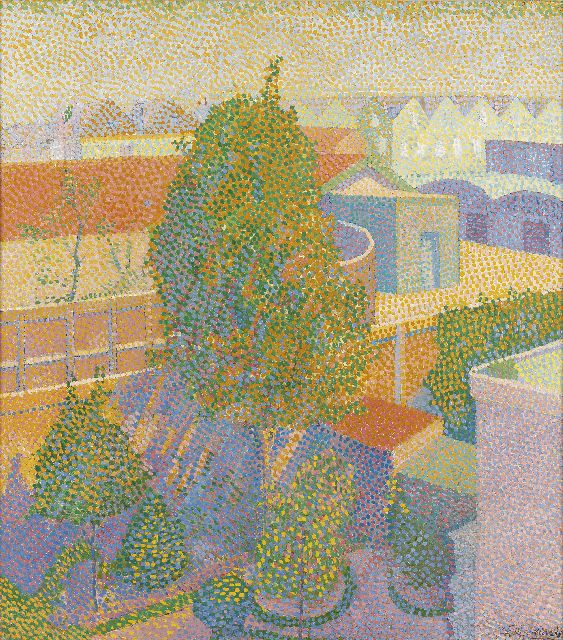 View over a city 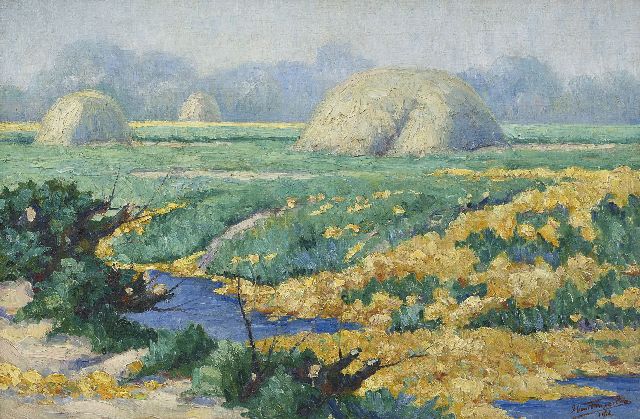 12...8
12 months exchange right
lifelong authenticity guarantee
valuation report for insurance
restored in our own studio
art historic documentation
advice hanging and lighting
new or original frame
ready to hang
We and our partners use functional and analytical cookies for website optimization, statistics and personalized advertisements. By using our website or entering into an agreement, you indicate that you accept our privacy policy.
Read more I accept
Lees meer