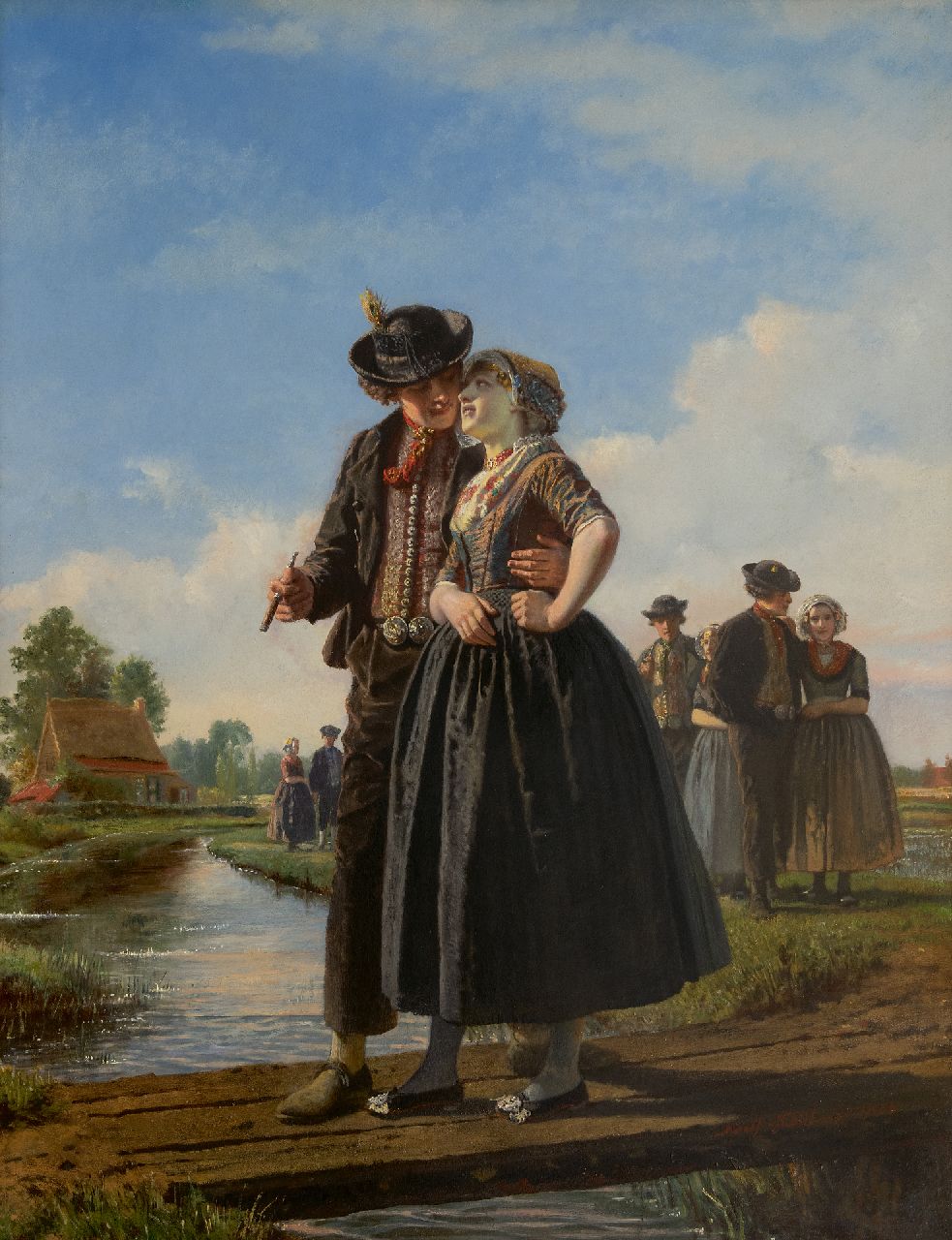 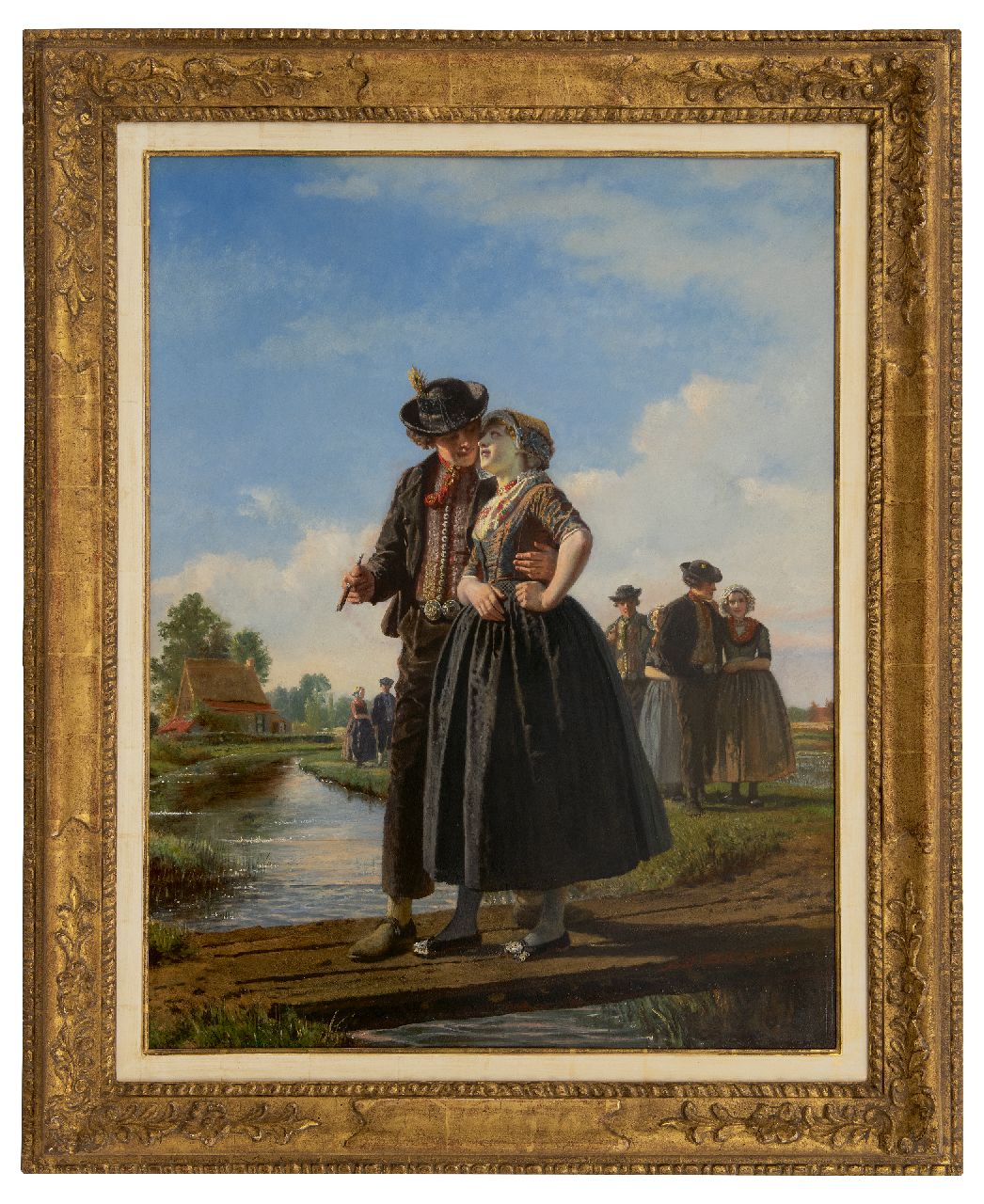 Adolf Dillens was a Belgian painter of portraits, history paintings and narrative genre scenes. He was crazy about Zeeland and worked there a lot. He traveled twice in Zeeland with Charles de Coster (the writer of Tijl Uilenspiegel). De Coster wrote and Dillens drew. The booklet 'Zeeland door de bril van' of 1873 is a nice, if somewhat flattering description of Beveland and Walcheren in particular. He had great success during his lifetime with his finely painted Zeeland scenes. Here we see a boy and girl in South Beveland costume. Easily recognizable by the curved brim of the man's hat and his convex trouser pieces. The woman can be recognized by the hood, which, unlike the one in Walcheren, has only a pleated ribbon on the back and no hanging ribbons. They walk on a hill, a love bridge. It was the custom that the boy was allowed to kiss the girl there. Looks like there is a lot of interest for it. (friendly remark Ilse Loos)