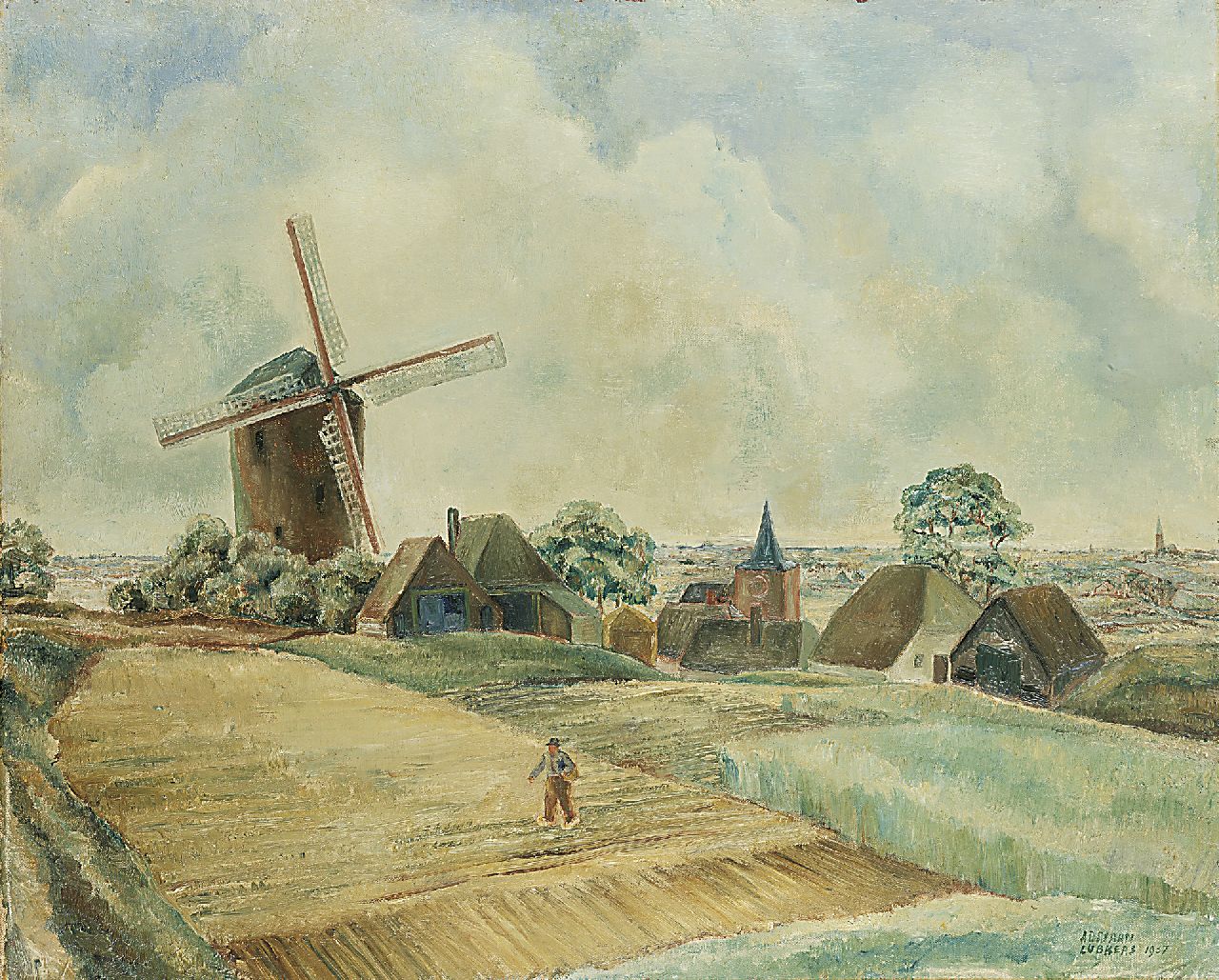 Adriaan Lubbers soon after his training as a mechanical engineer opted for an artist's life. As a painter he was self-taught, but he also learned a lot from artist friends, especially from Leo Gestel. In the periods 1916-19 and 1926-28, Lubbers stayed in New York, the city that played such an important role in his life and work from that time on. In the early 1920s, Lubbers lived in Bergen and became friends with Gestel. The work from this period shows a relationship with the Bergen School. He then developed a style that is a cross between a powerful expressionism and cubism. After his return from America in 1928, Lubbers lived in Paris for up to four years, where he became acquainted with Mondrian, among other things. The work that Lubbers makes after 1953 is much more abstract, often with New York as its subject.