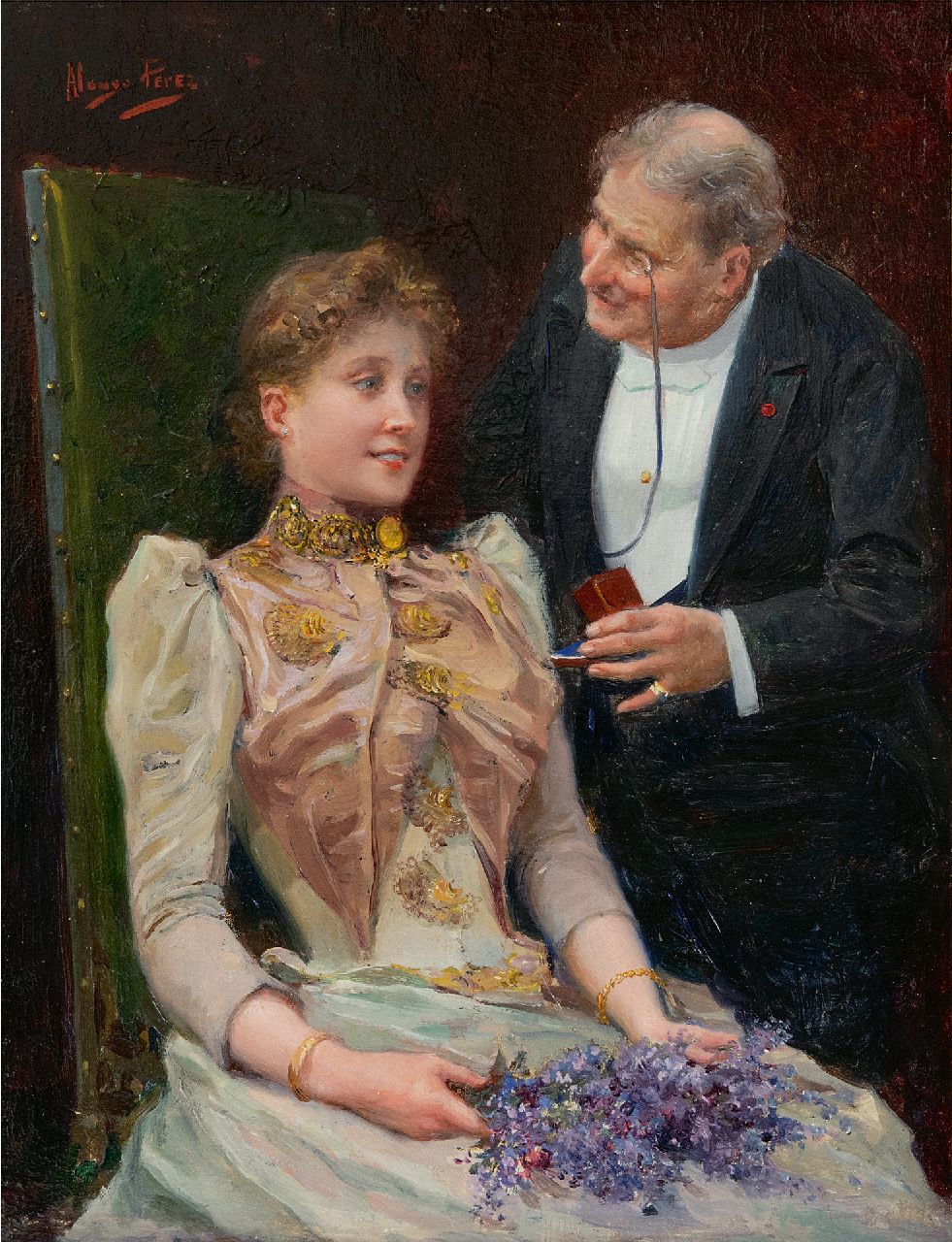 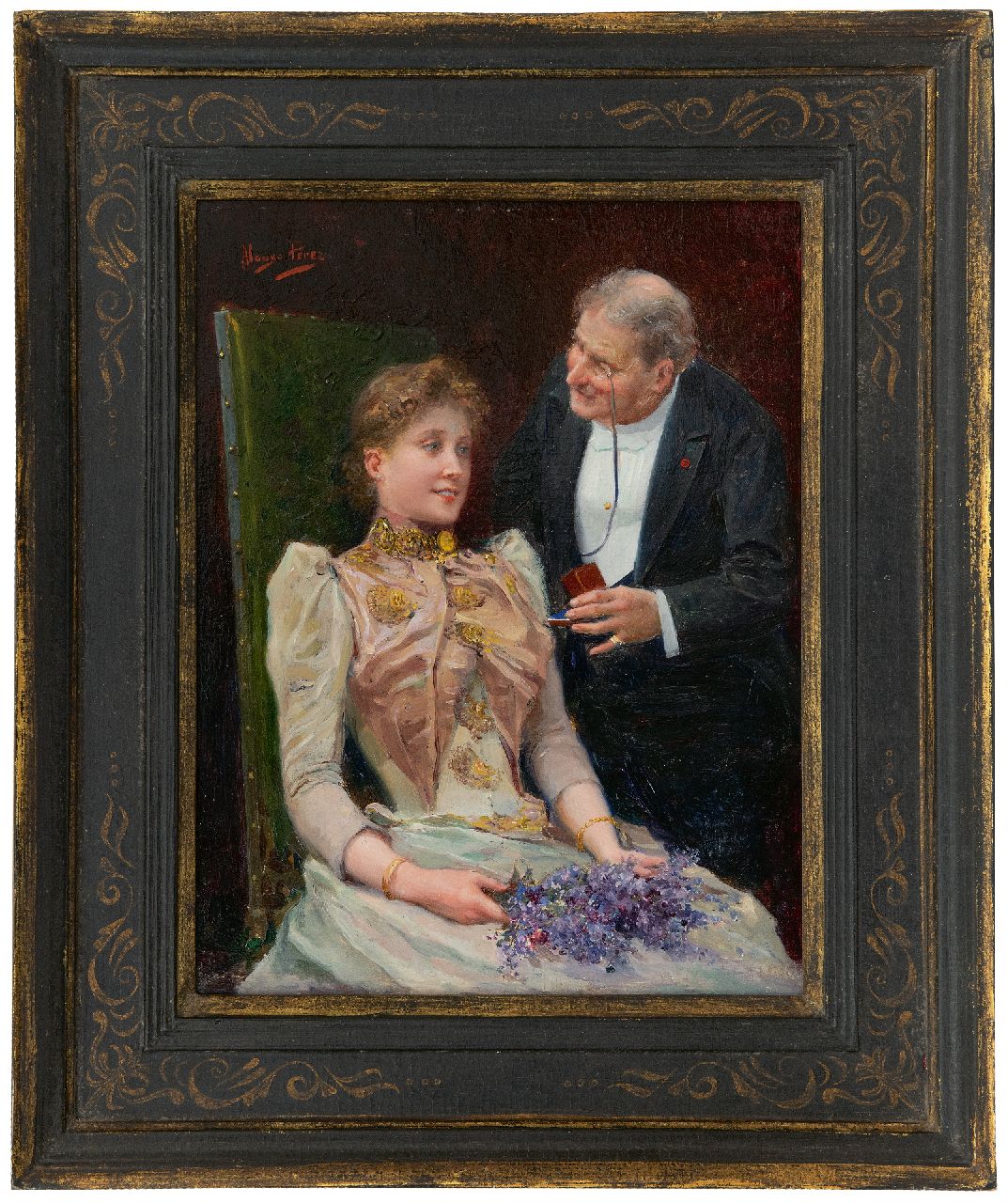 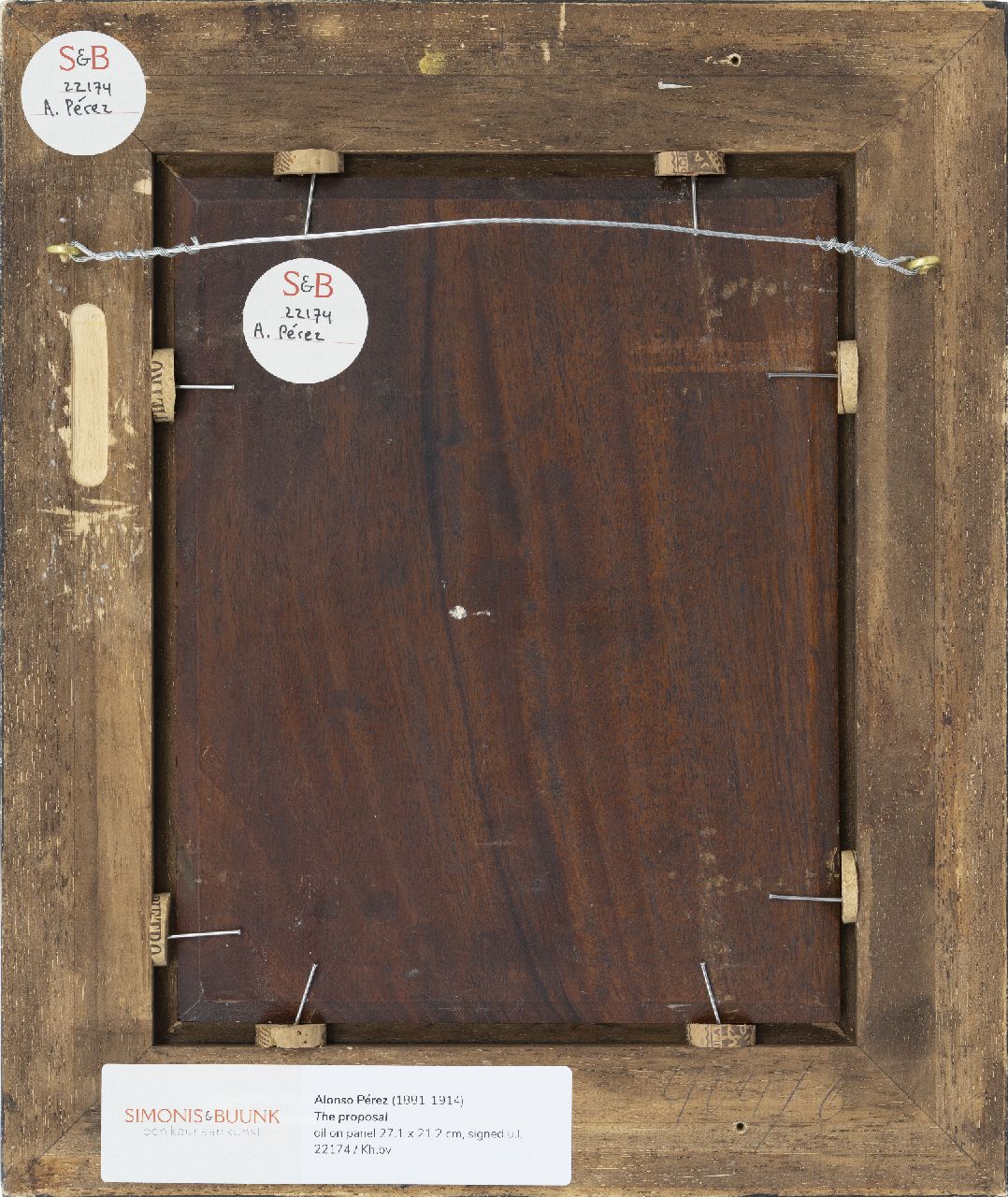 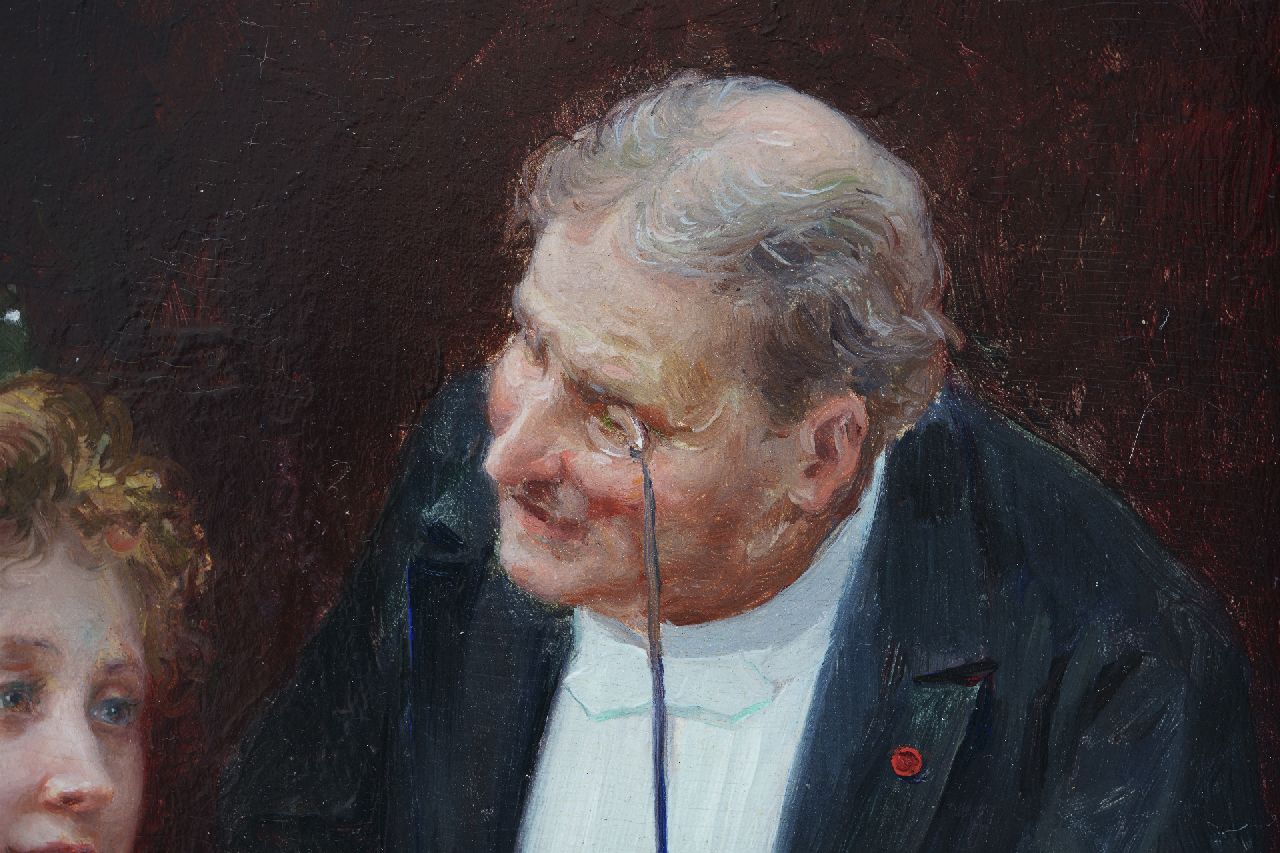 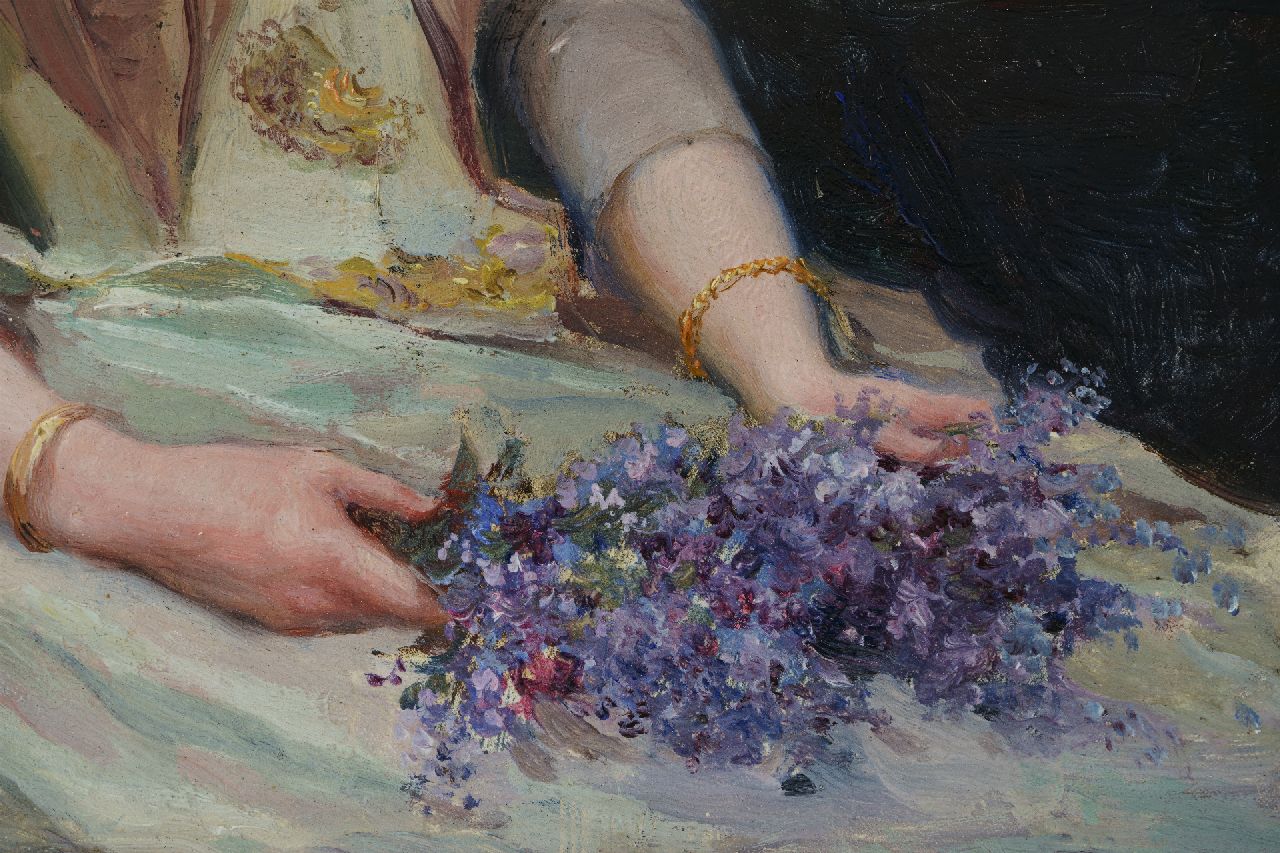 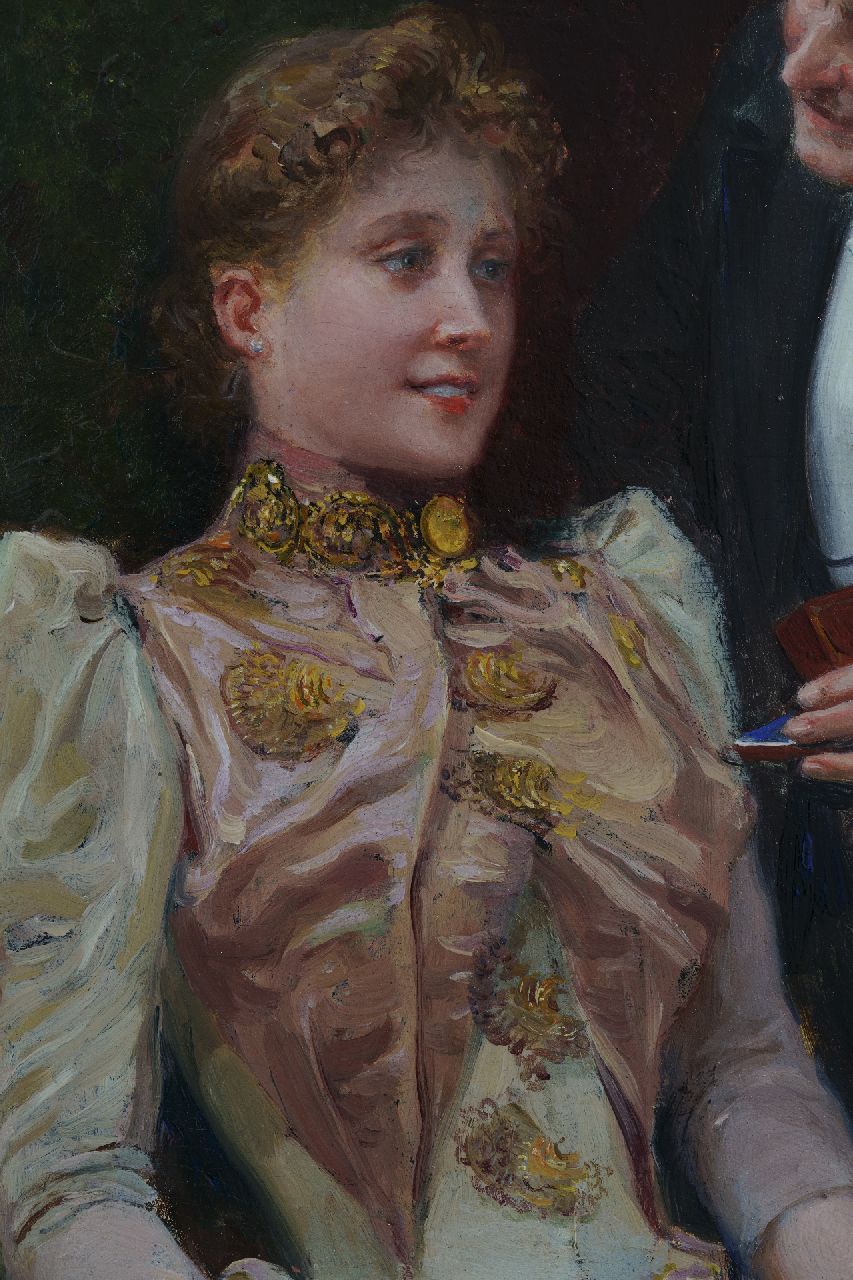 Alonso Pérez was born in the Spanish city of Zaragoza. He learned to paint from his father, who made a name for himself with colorful genre pieces set in the 18th century, in the style of Meisonnier. Mariá Fortuny, the internationally successful representative of this genre in Spain, must have been his source of inspiration, and later also for his son. Alonso moved to Paris at an early age, attracted by the strong art market there and the growing number of galleries. He painted light-hearted genre scenes, often with courtship and coquettish encounters as their subject, the figures often dressed in 18th-century clothing. In addition, his oeuvre encompasses Parisian urban life, making use of fashionable clothes from an earlier period, but he did not shy away from depicting industrial buildings made of cast iron and rivets. Apart from his subjects, Pérez was a true impressionist in his treatment of color and light. Besides painting, he designed silk tapestries and made lithos for publication in art magazines. The painter died at the age of 33.