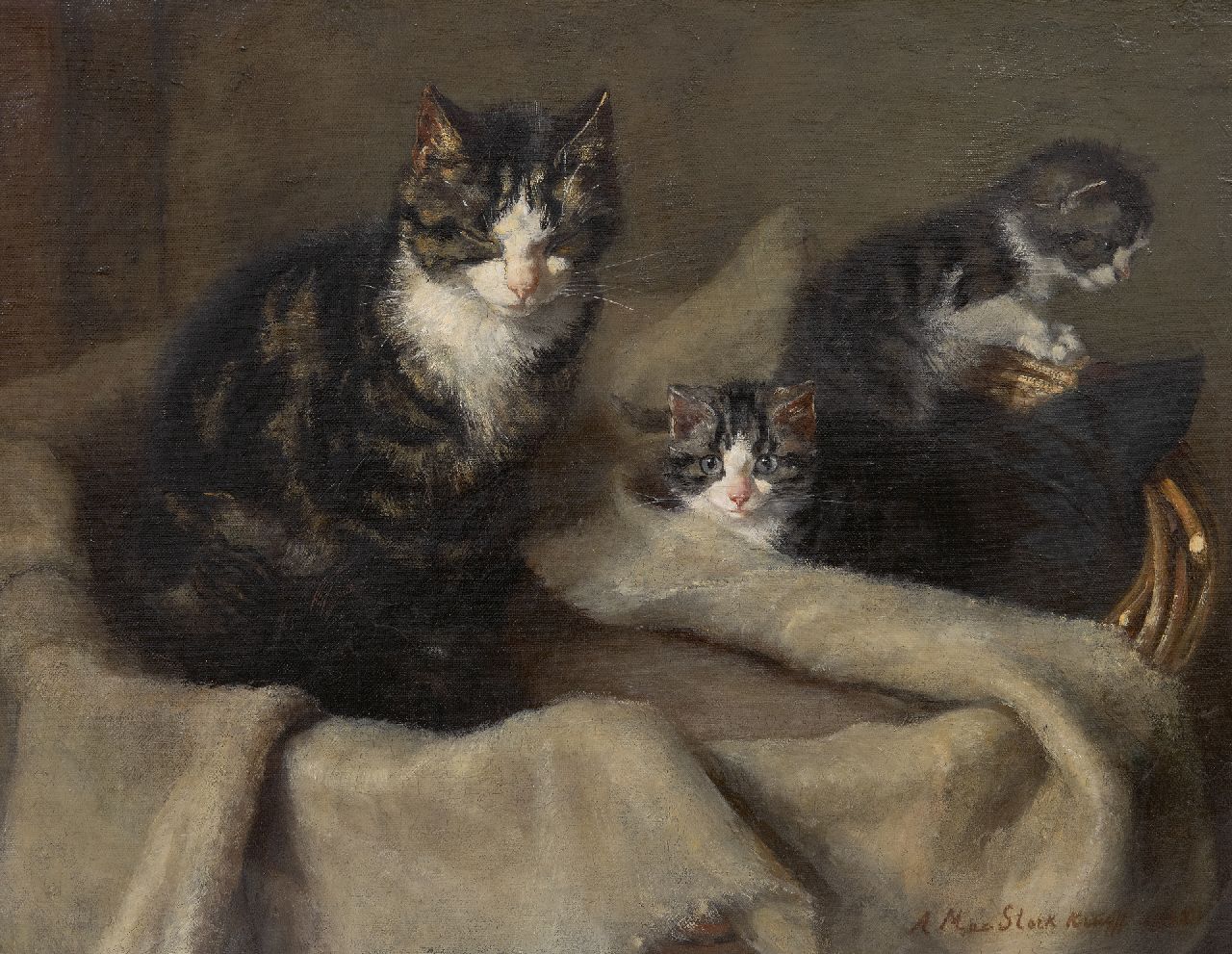 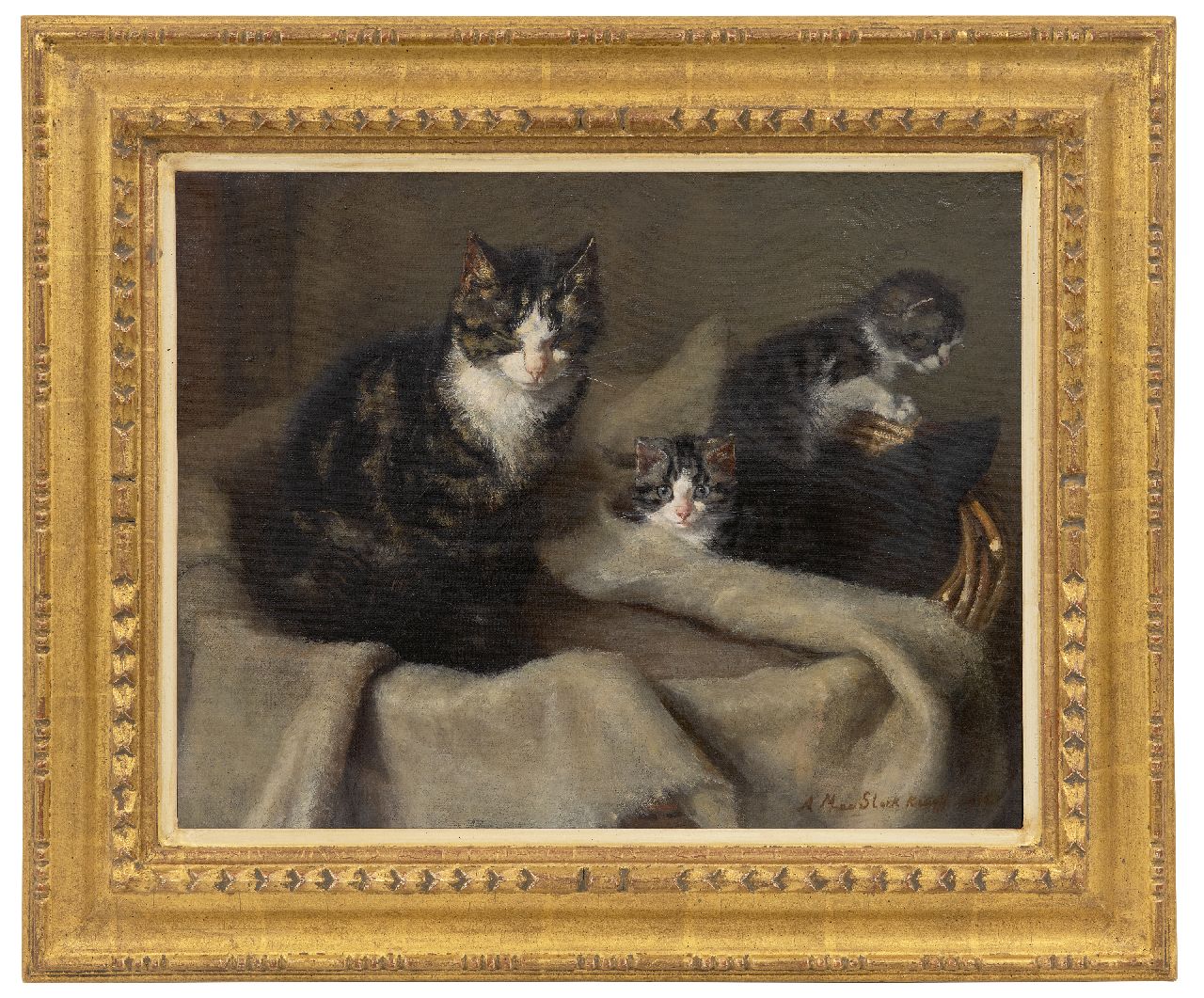 Anna Maria Kruijff, born in Sassenheim, South Holland, learned painting at the Rijksacademie in Amsterdam. One of her counselors would have been G.H. Breitner. Her talent went beyond painting alone; she illustrated, etched, sculpted and drew. A favorite subject of Kruijff were animals. In the course of the 19th century there was more demand for animal portraits; these performances generated warm, homely and sentimental feelings. The painter lived and worked for a while in Amsterdam, where she was a member of Arti et Amicitiae. There she exhibited, among other things, at an exhibition in the Artis Zoo that she regularly visited to gain inspiration. Kruijff married civil servant Eduard Willem Stork in 1896. They divorced in 1913, after which she remarried the lawyer Wouter Marius van de Werk (1875-1969).