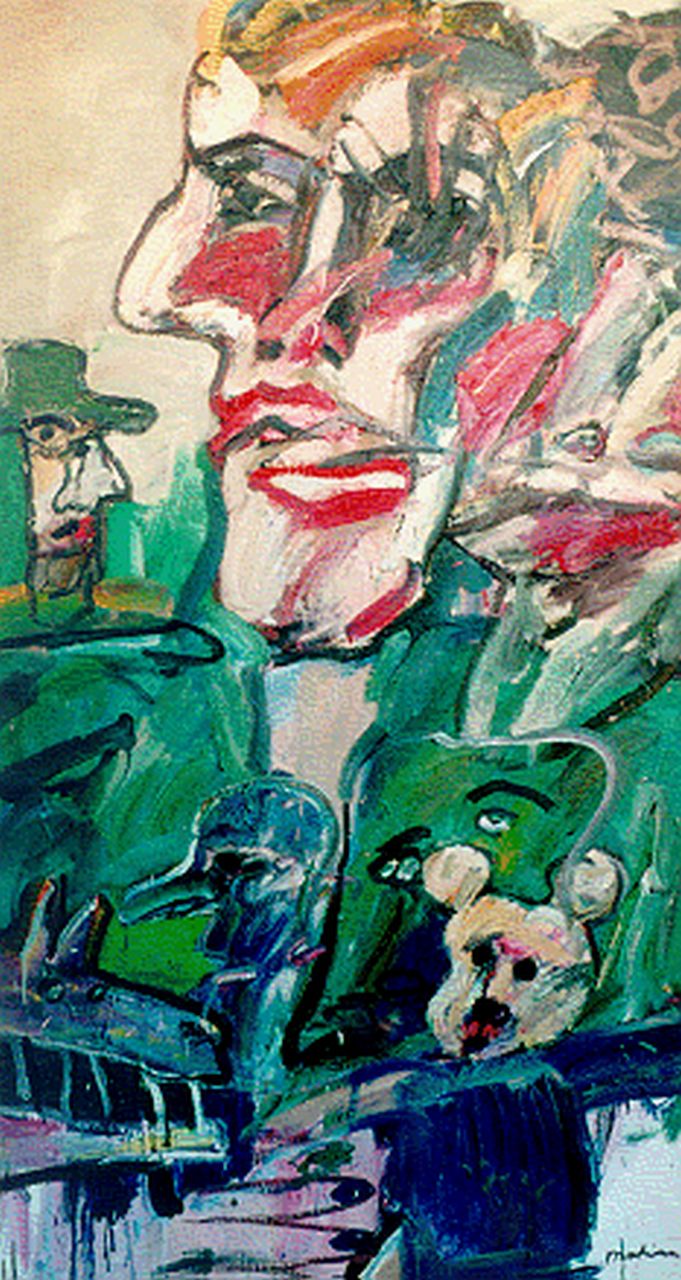 Martineau was a home and decorative painter before he devoted himself entirely to free painting. He painted vital, strong figures in a strong emotional style with dramatic brushwork and forms that border on the caricature. In recent years, his theme has focused primarily on dramatic situations between people and on contradictions: man-woman, love-hate, crying-laughing, life-death, which form the tragedy of life. Martineau thus shows himself to be an astute observer of reality, which he portrays in a humorous, almost absurd way.

Also for sale from Martineau A.P.J. 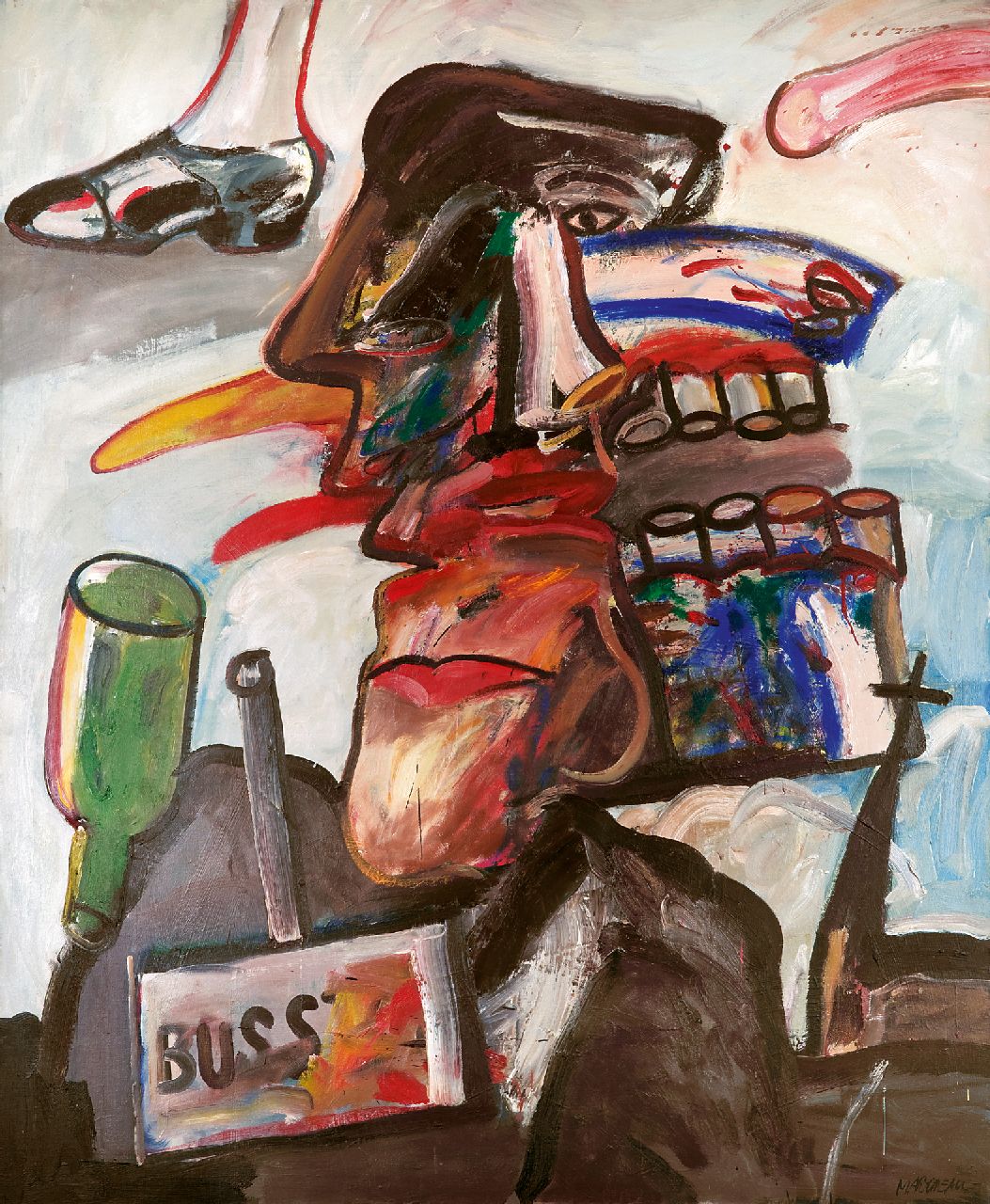