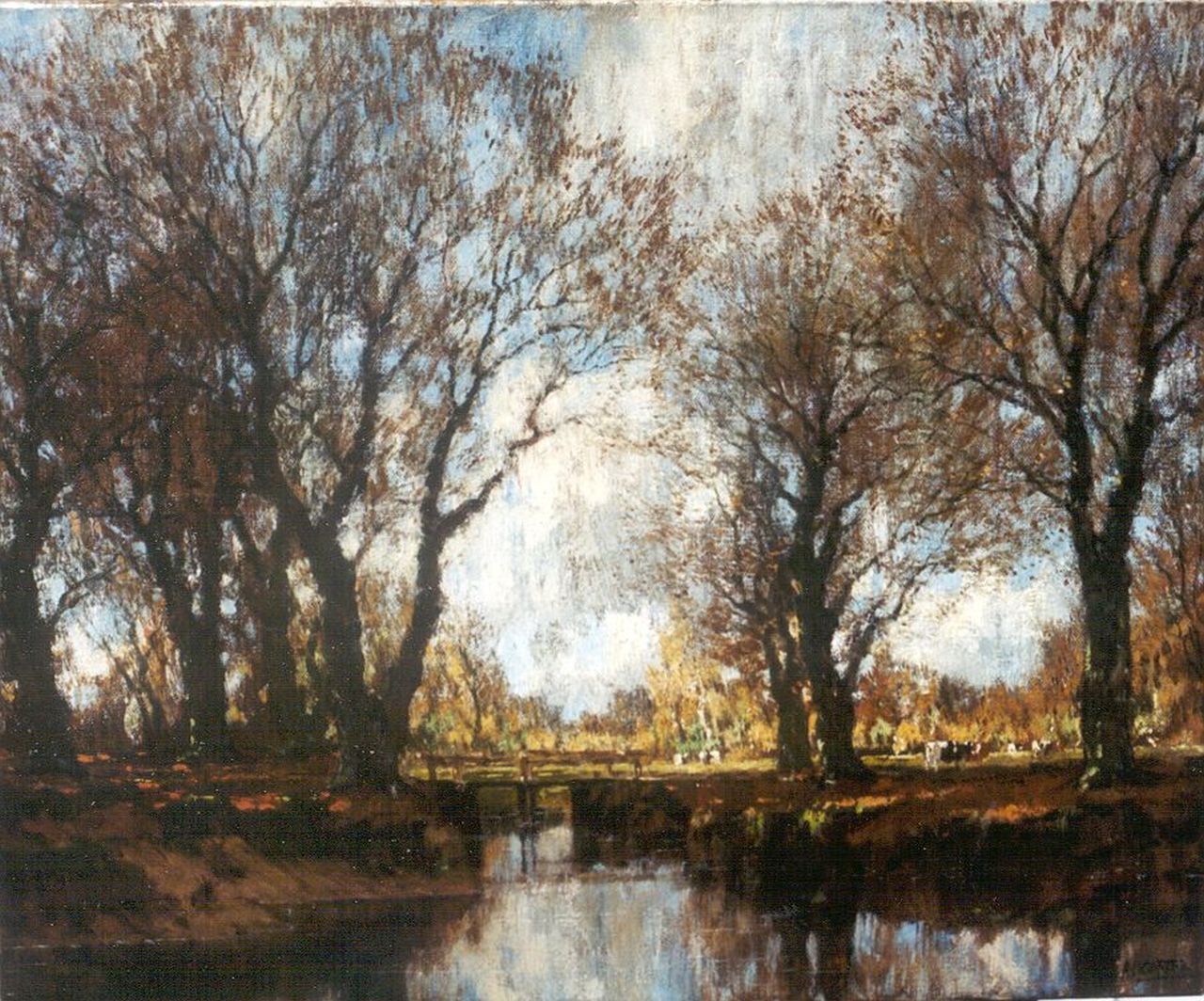 Leading landscape painter who drew inspiration for his work from the Vechtstreek and areas in eastern Netherlands like Twente, the Achterhoek and Drenthe. He preferred painting tranquil nature in varying light conditions and in the changing colours of the seasons. In this aspect his work is similar to The Hague School of painting. His favourite seasons were autumn and early spring, while reflecting water and birch trees are recurring themes in his work. He was also an advisor to Queen Wilhelmina and taught M.J. Bies and C.J. Dake Jr. among others.