Ben Viegers artwork • painting • previously for sale A farm, reflected in the water 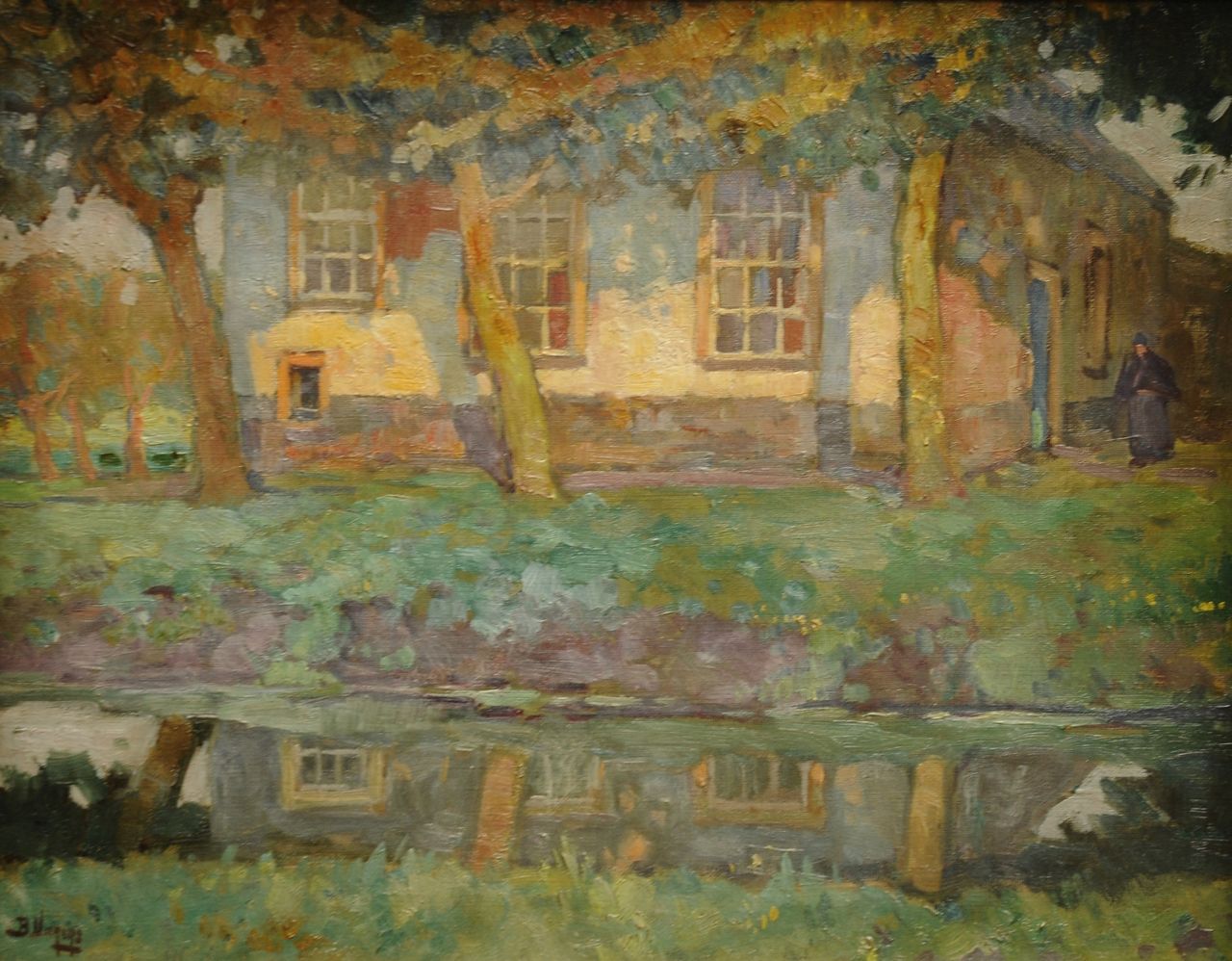