Bram Bogart was a decorator before he decided to dedicate himself to being a fine painter. His early work was highly figurative but after 1946 he developed an expressionist style, largely characterised by paint being vehemently and thickly applied. For him it was all about colour and form arising out of the material, i.e. the paint itself. This finally led in the eighties to entirely abstract compositions made in heavy impasto in vivid colours, which are seen as belonging to the matter or material style of painting. 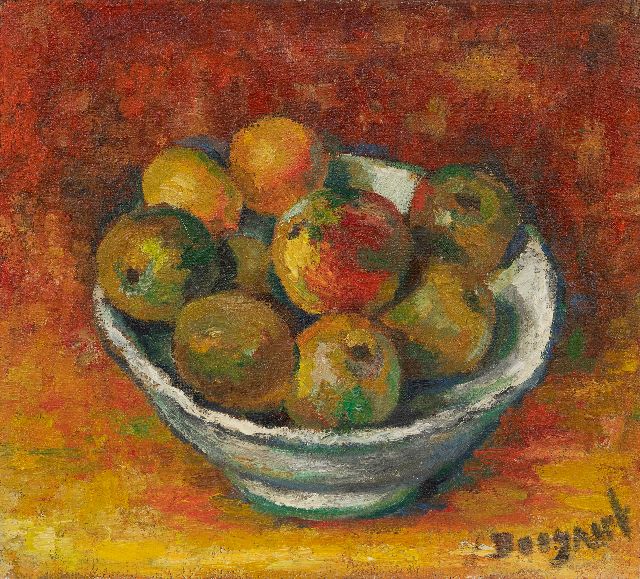 A still life with apples 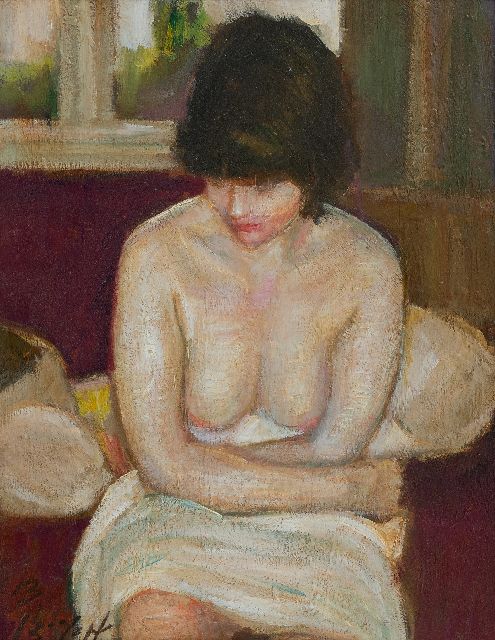