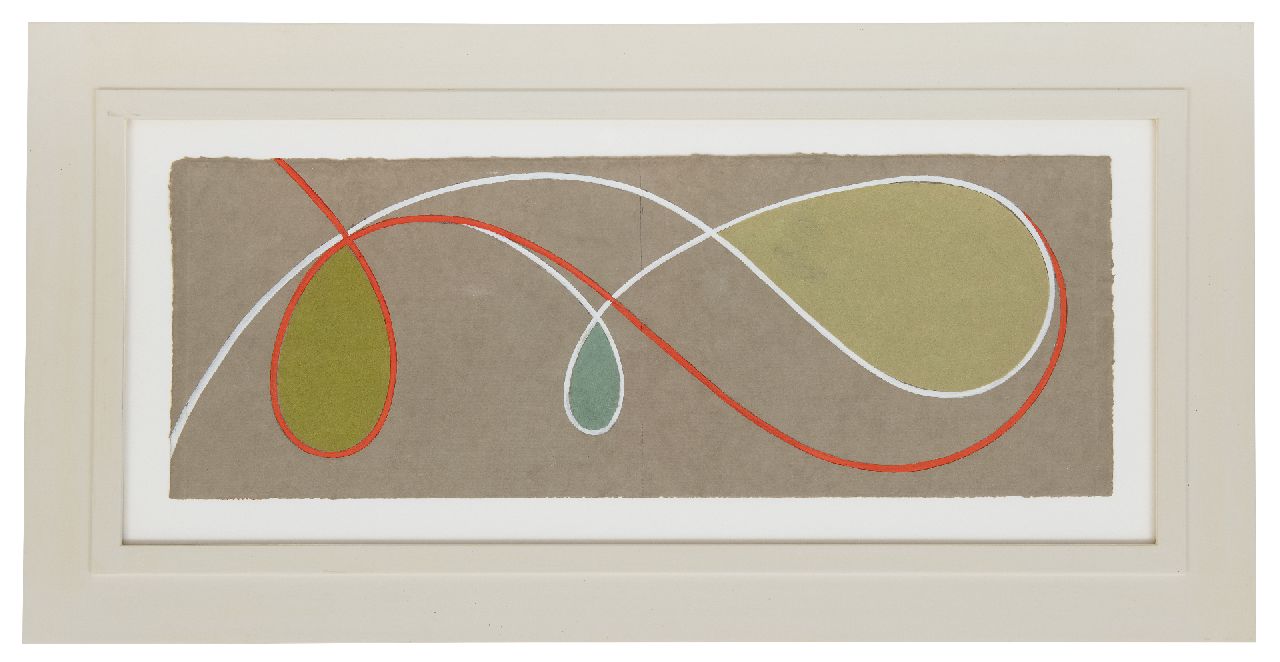 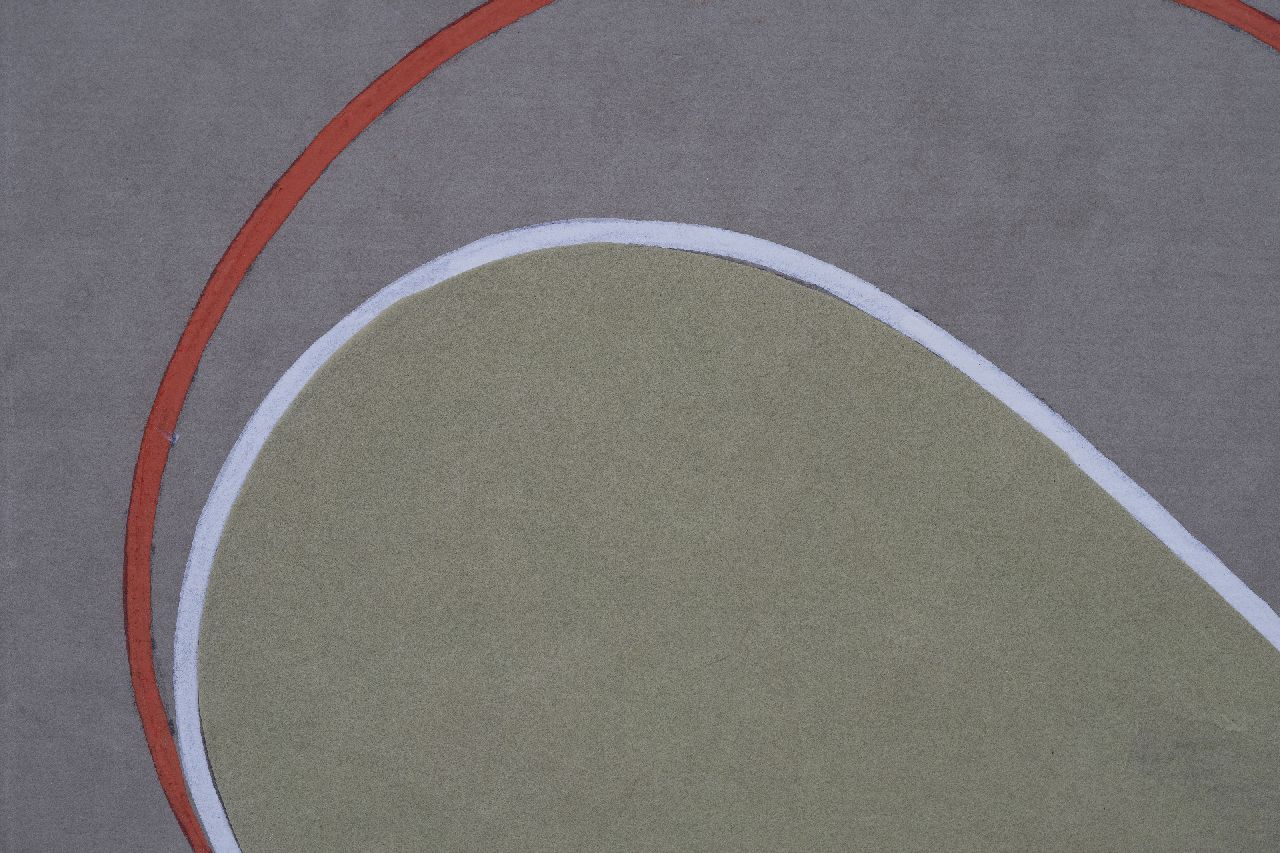 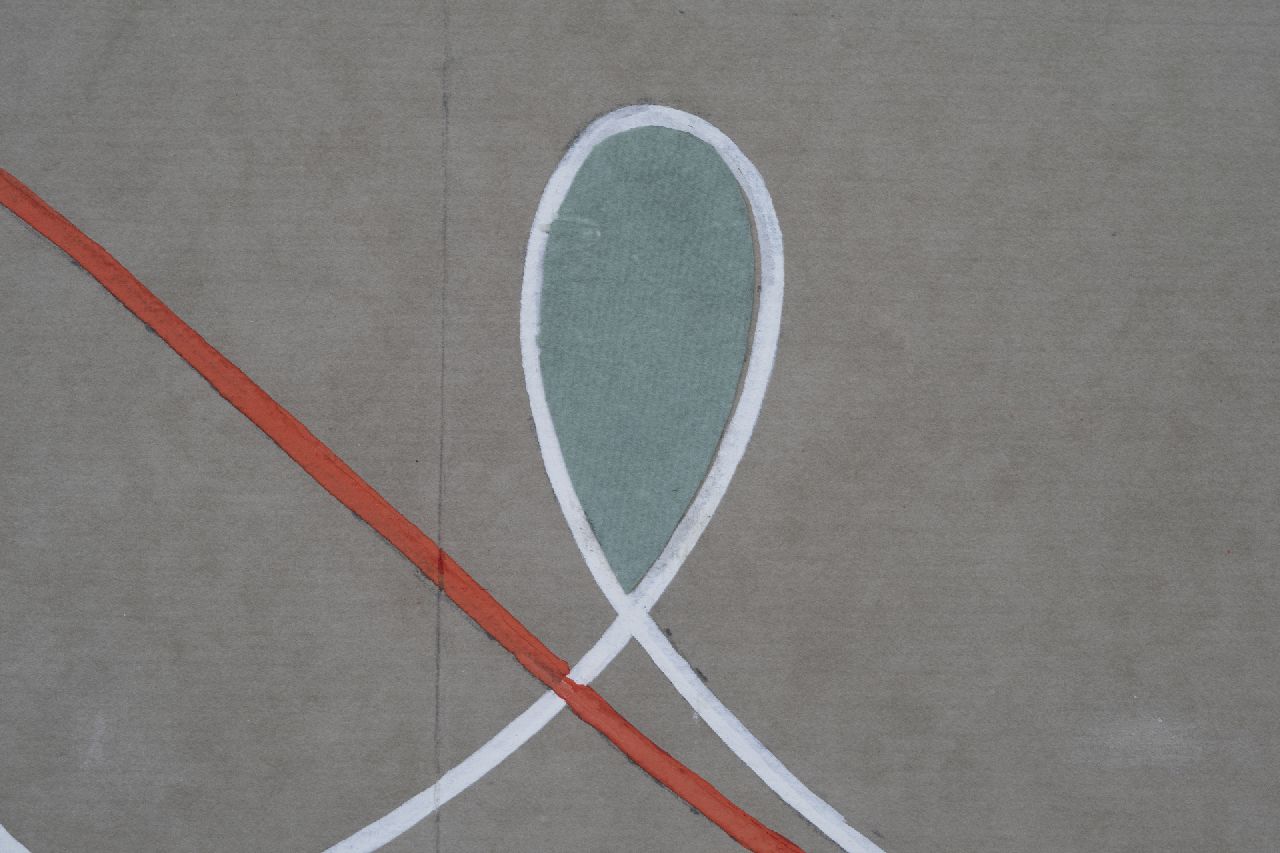 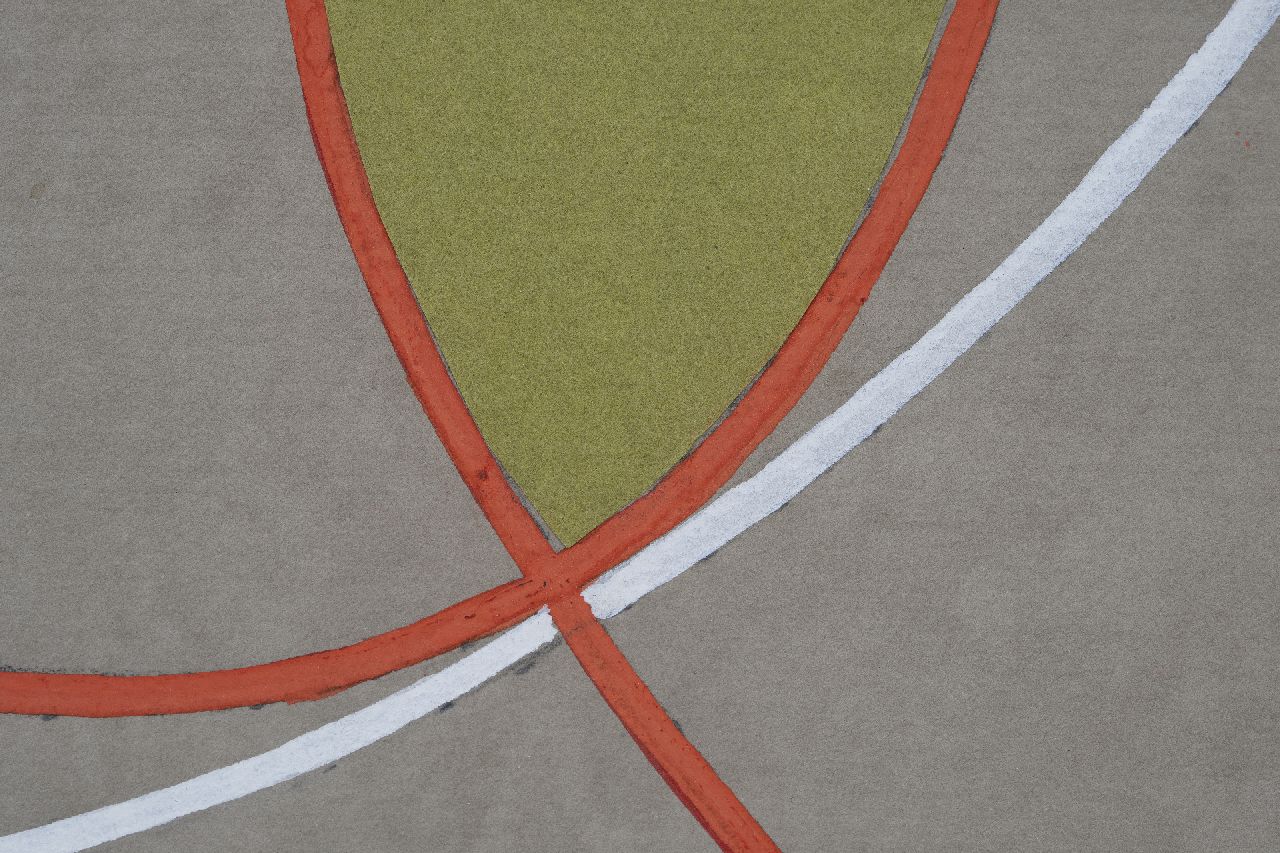 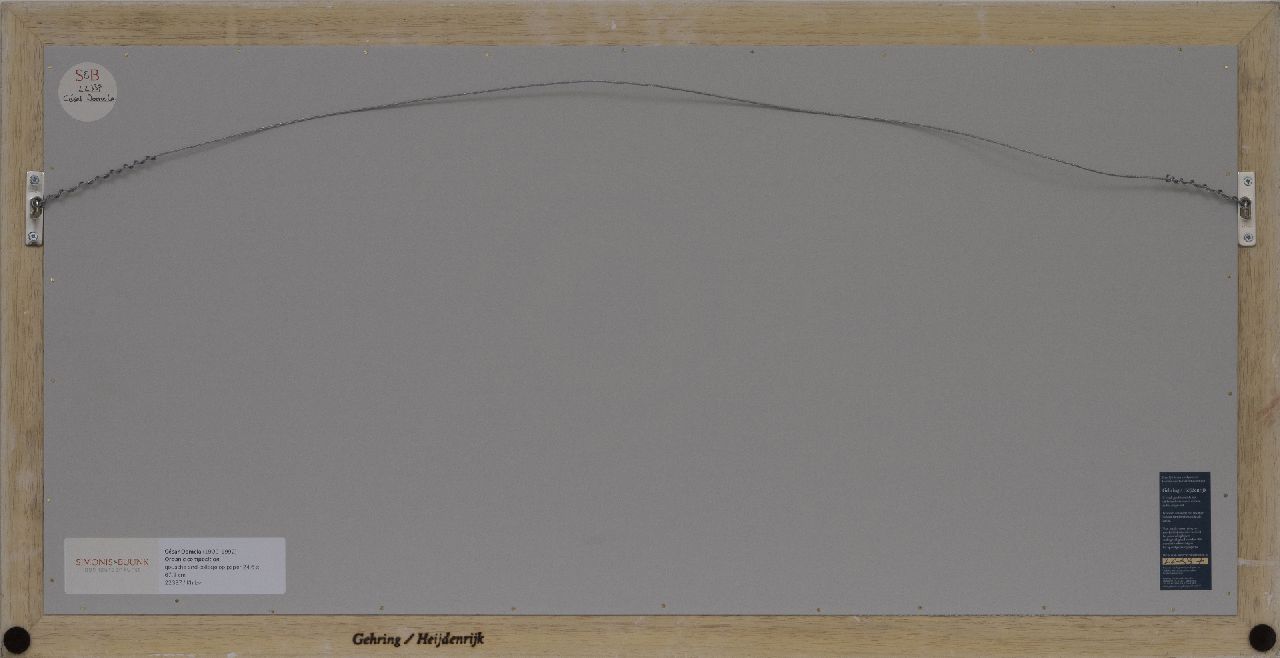 Apart from early Expressionist work, Cesar Domela, after 1923, devoted himself exclusively to abstract art. He is largely known for his Constructivist compositions (paintings, photomontages, collages and objects). In the 1920s he was influenced by Cubism, was a member of De Stijl and lived in Berlin from 1927 to 1933, where he came into contact with the Bauhaus. After 1933 he continued to live in Paris, becoming a major promoter of abstract-geometric art. From 1929 on he chiefly made reliefs, which he called ‘Tableaux-objets’, comprising different materials placed over each other. One of the guiding principles in his stylistic highly consistent oeuvre was the ‘harmonisation of contrasts’. This gouache is the original design for a silkscreen (printed on Japanese rag paper in an edition of 80), made in Paris in collaboration with the diplomat poet Maarten Mourik (1923-2002). 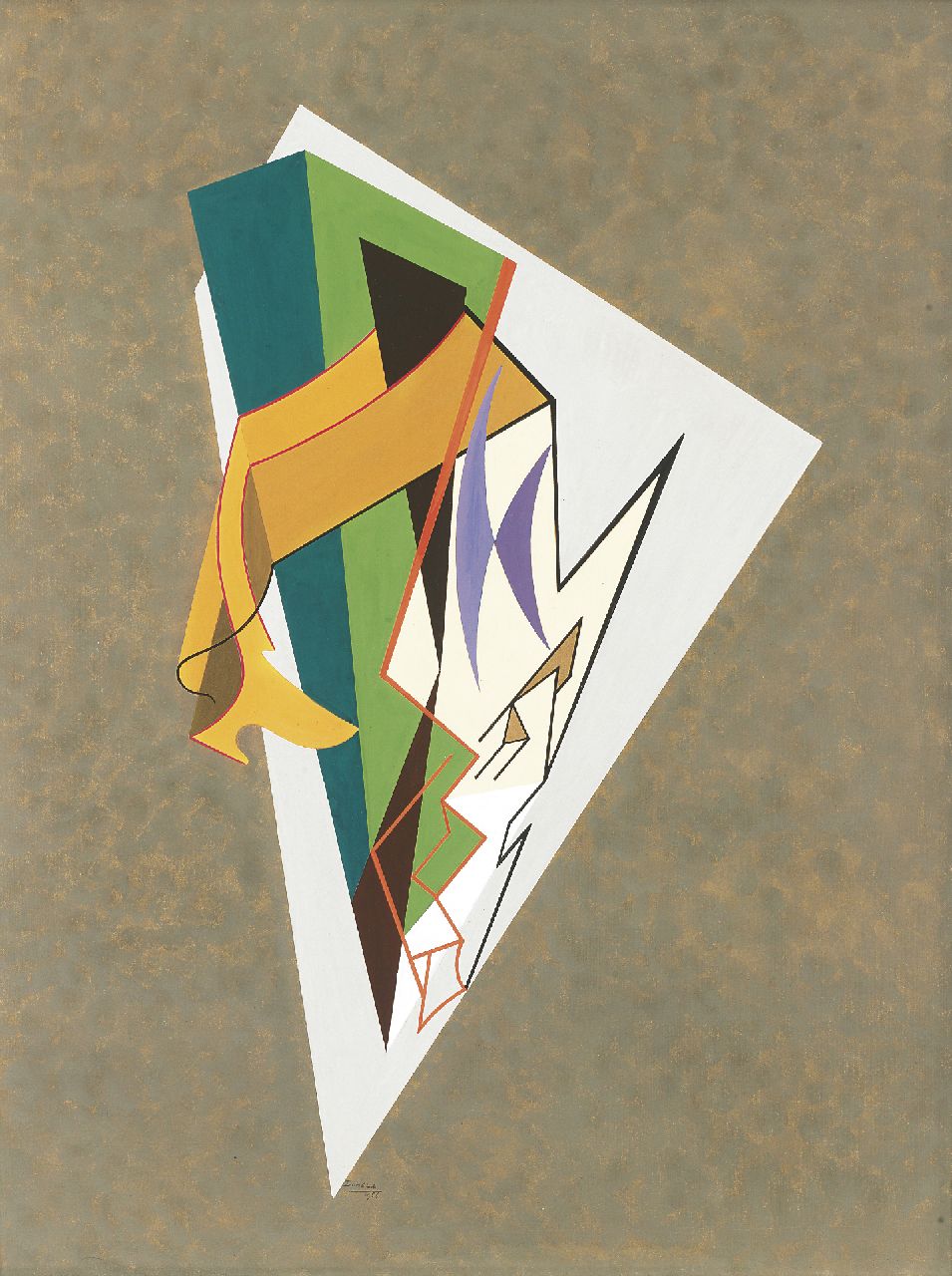