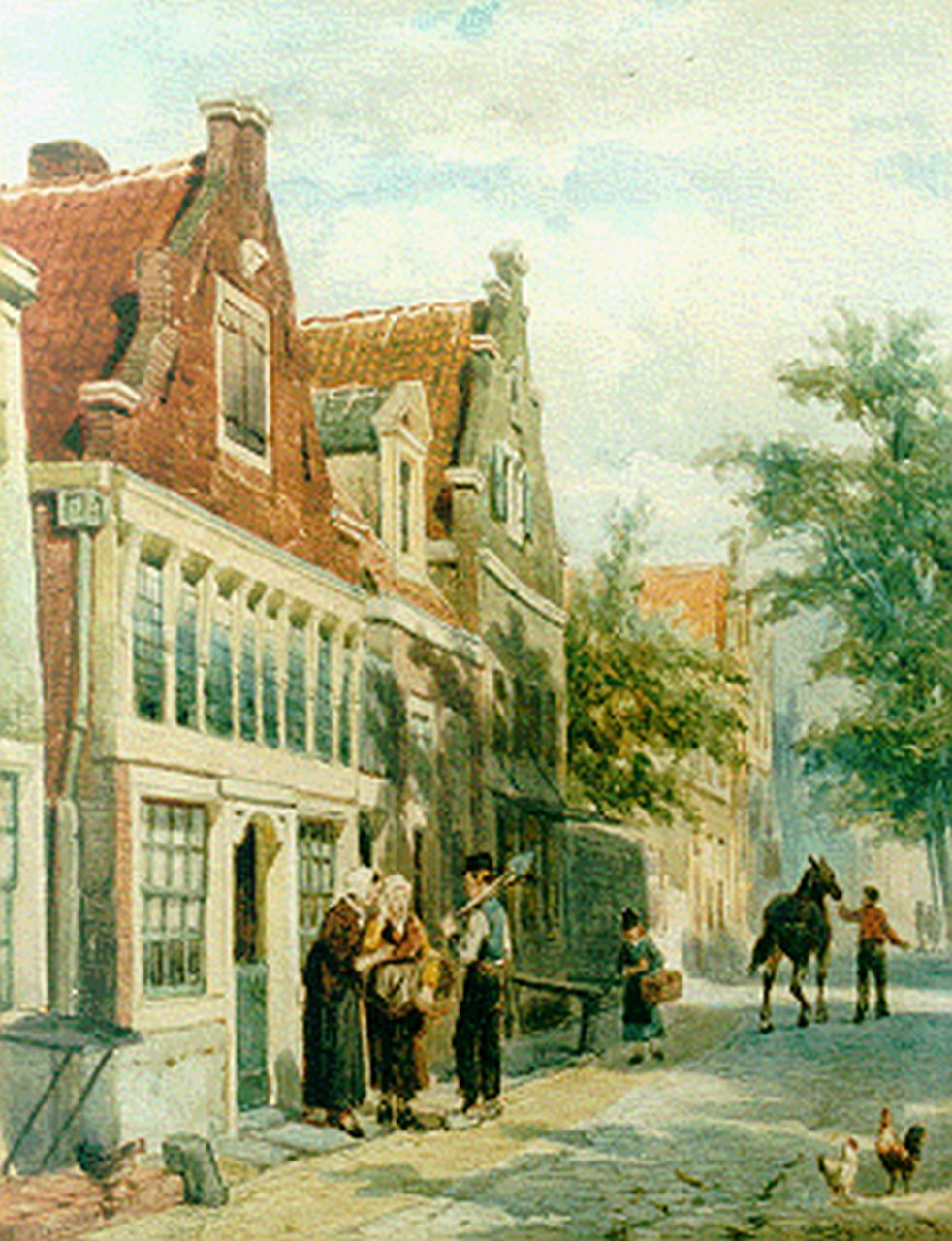 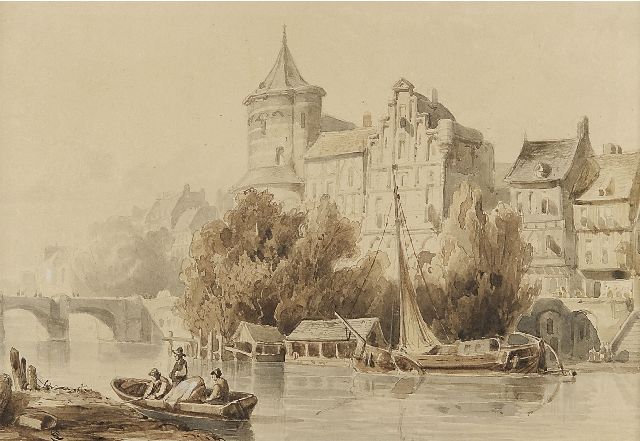 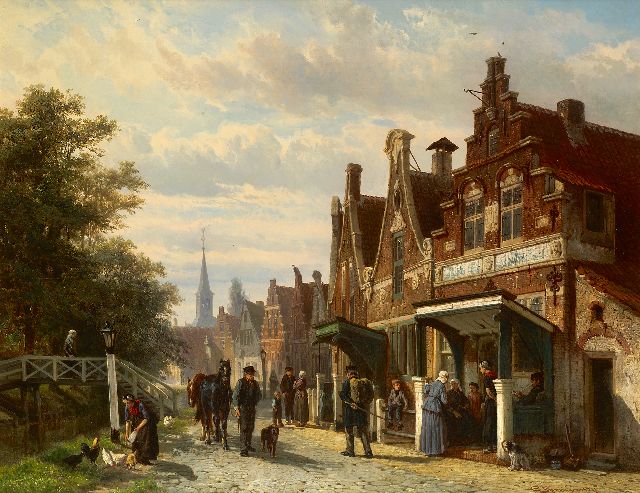 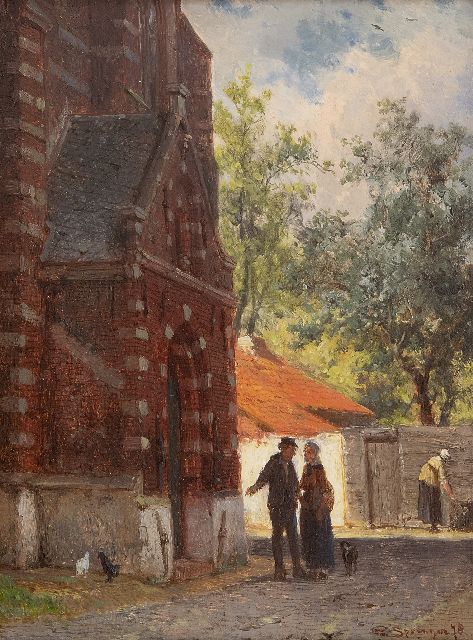 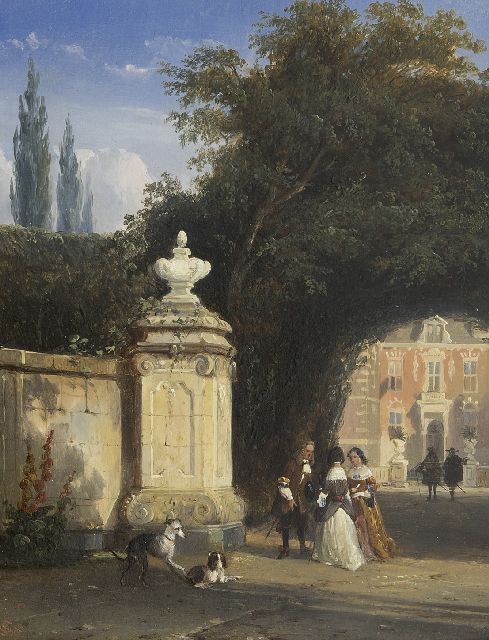 An elegant company at the gate of Nederhorst castle 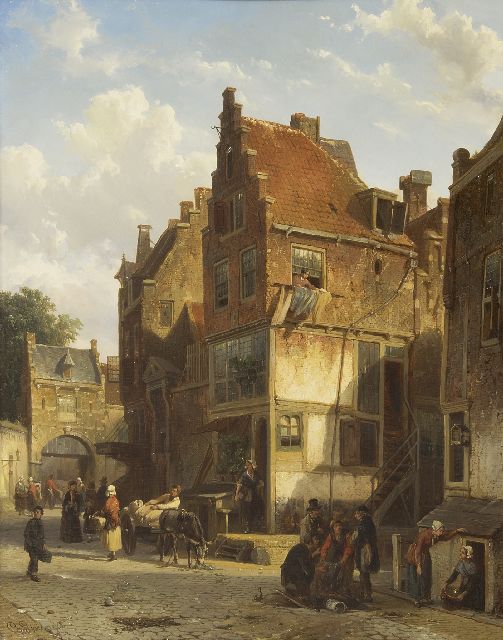 Daily activities in a Dutch town, 1858 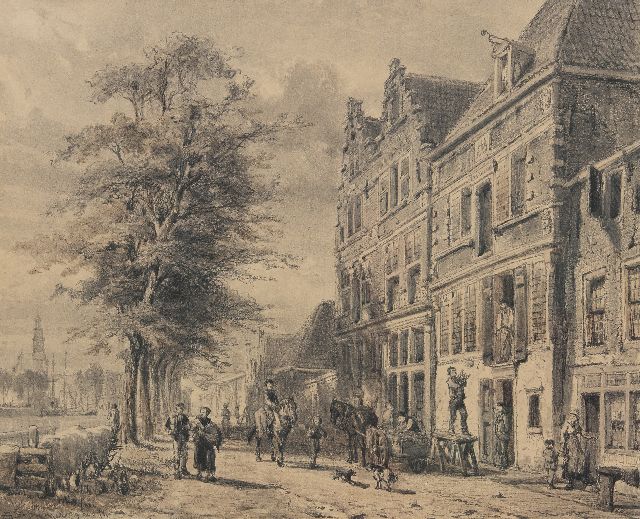 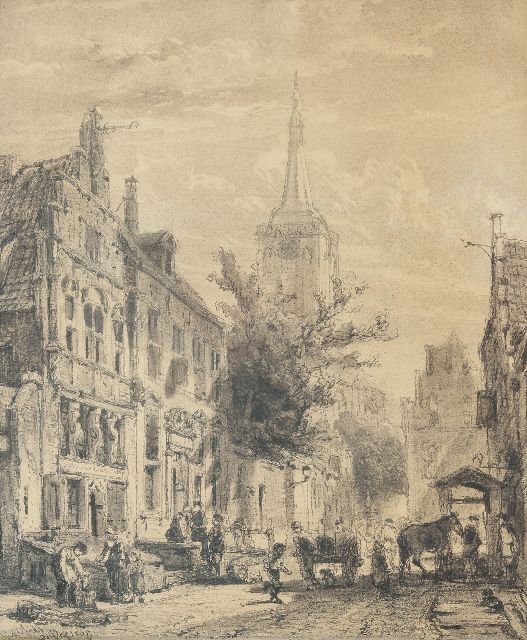