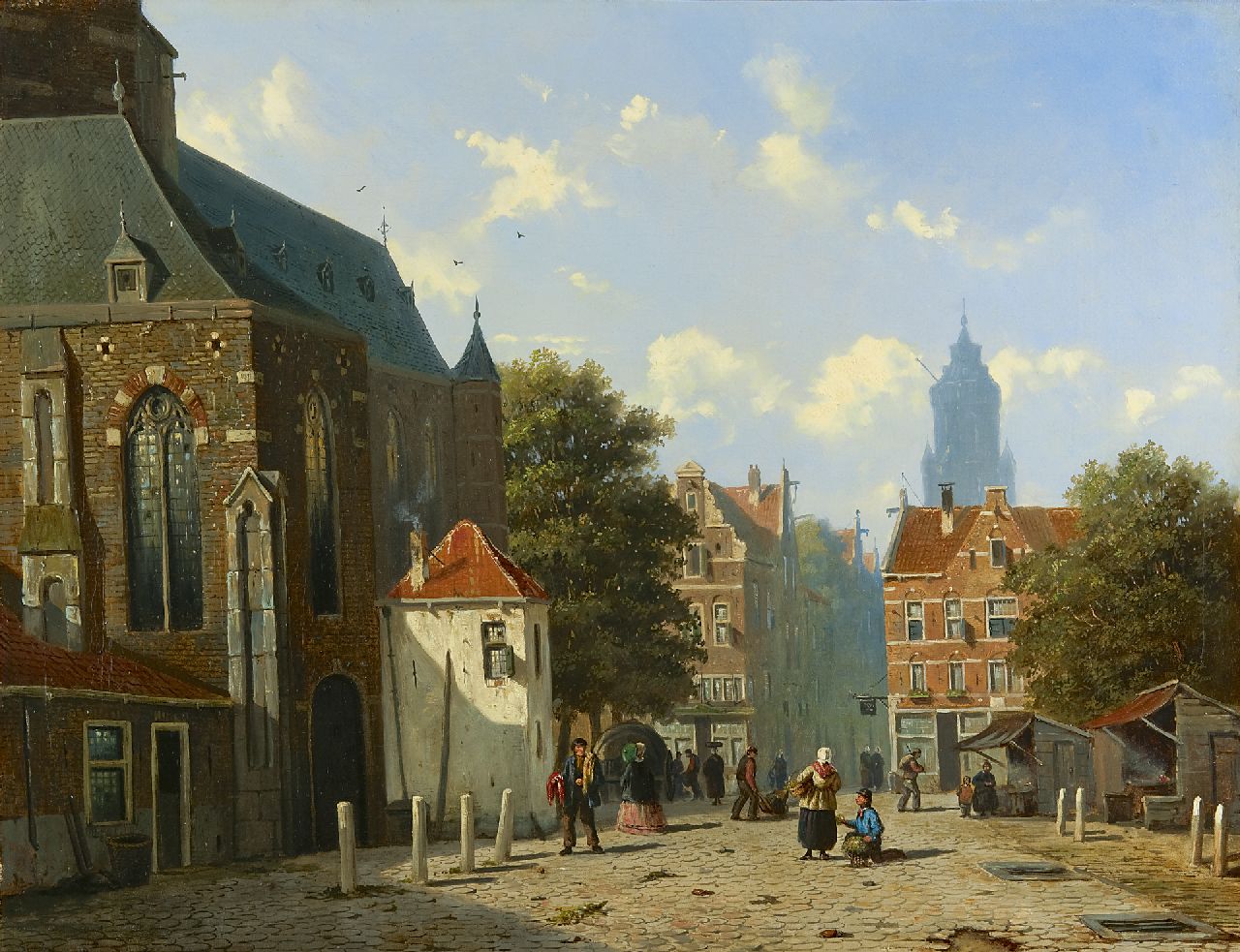 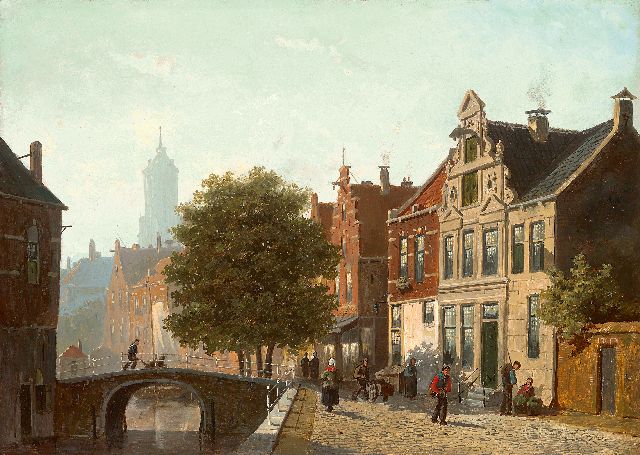 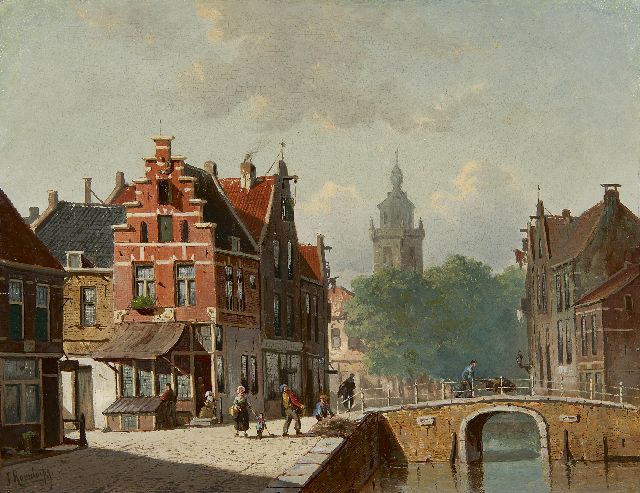 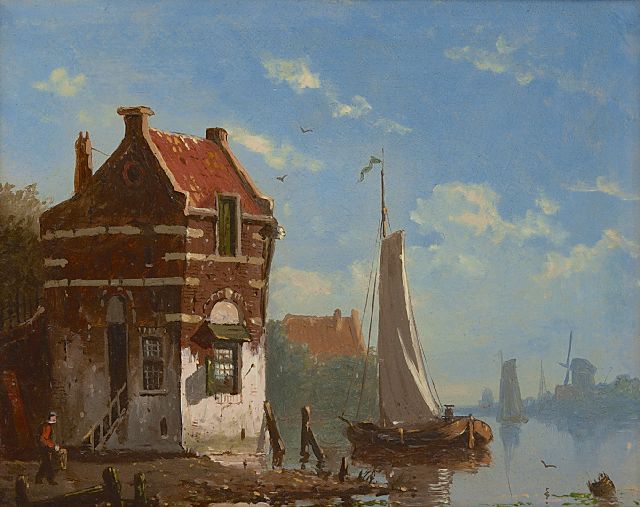 Shipping in a calm river near a village