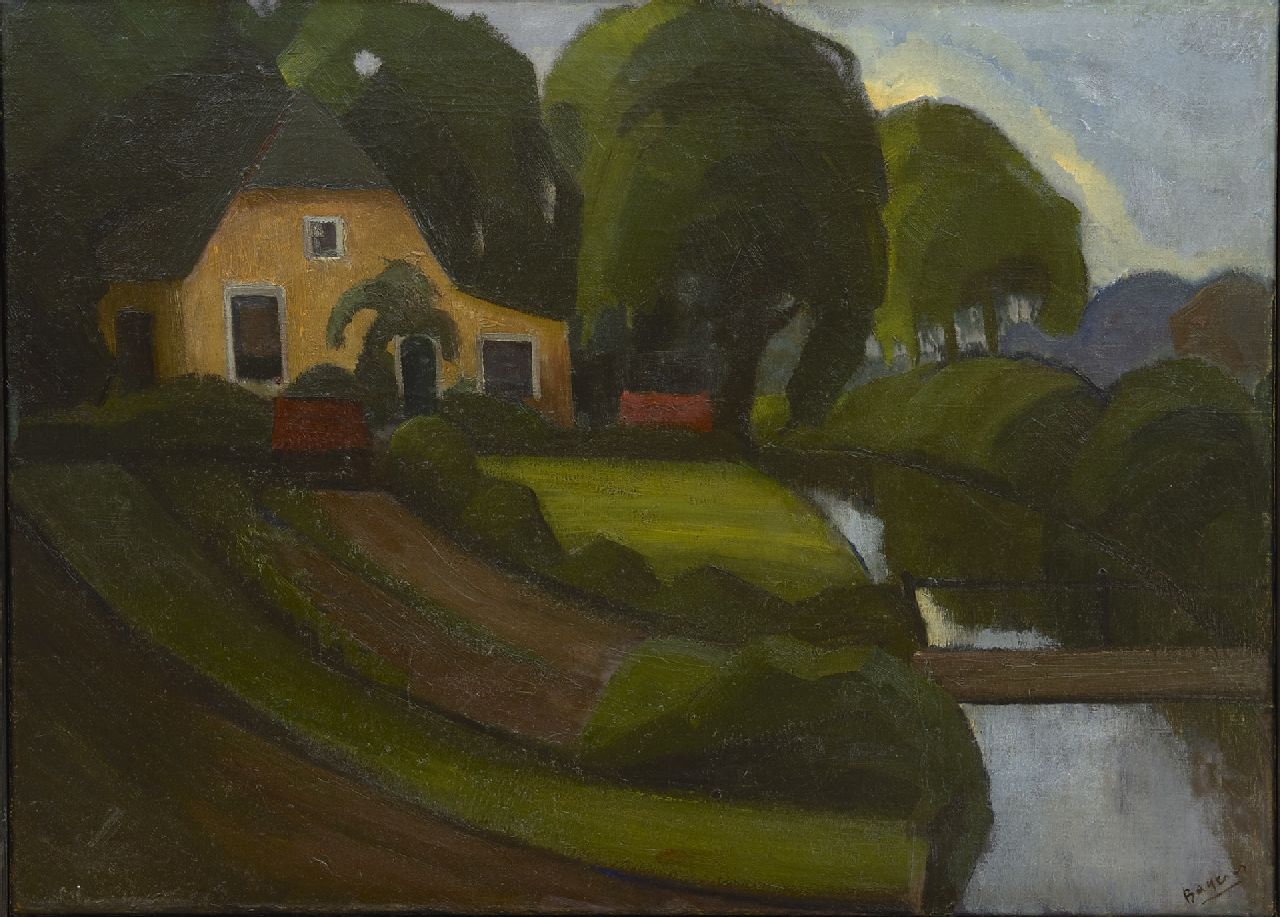 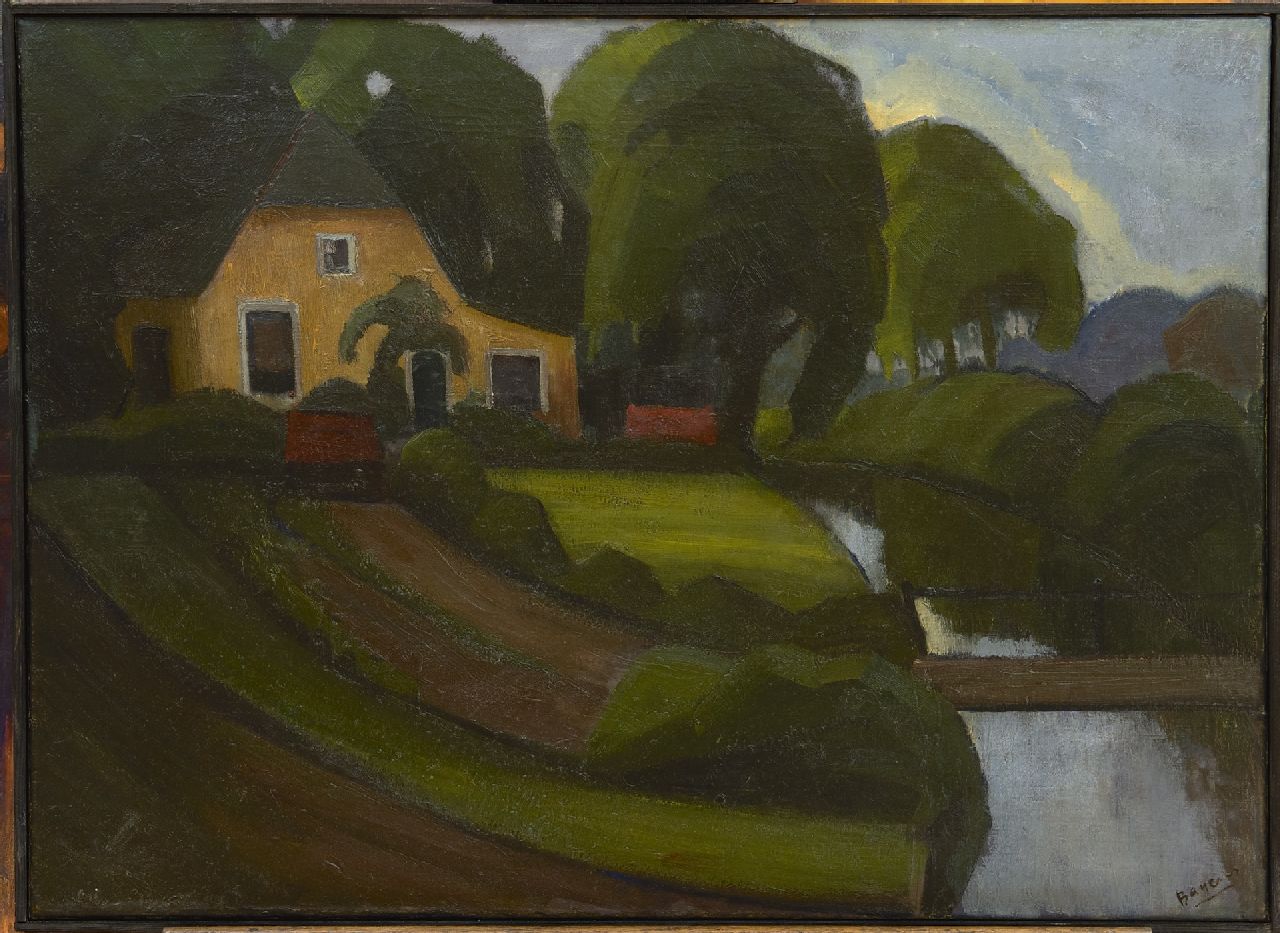 Han Bayens was born in Waalwijk in 1876. He trained at the academy of Antwerp and initially painted in the style of the Hague School. After 1900 his style changed under the influence of modern movements such as Dutch cubism and expressionism. His landscapes are often characterized by wavy lines, sober colors and special cloudy skies. Bayens lived for a long time in Hastière-Lavaux, Belgium, and later settled in Amsterdam. His oeuvre includes landscapes, still lifes and figure pieces.