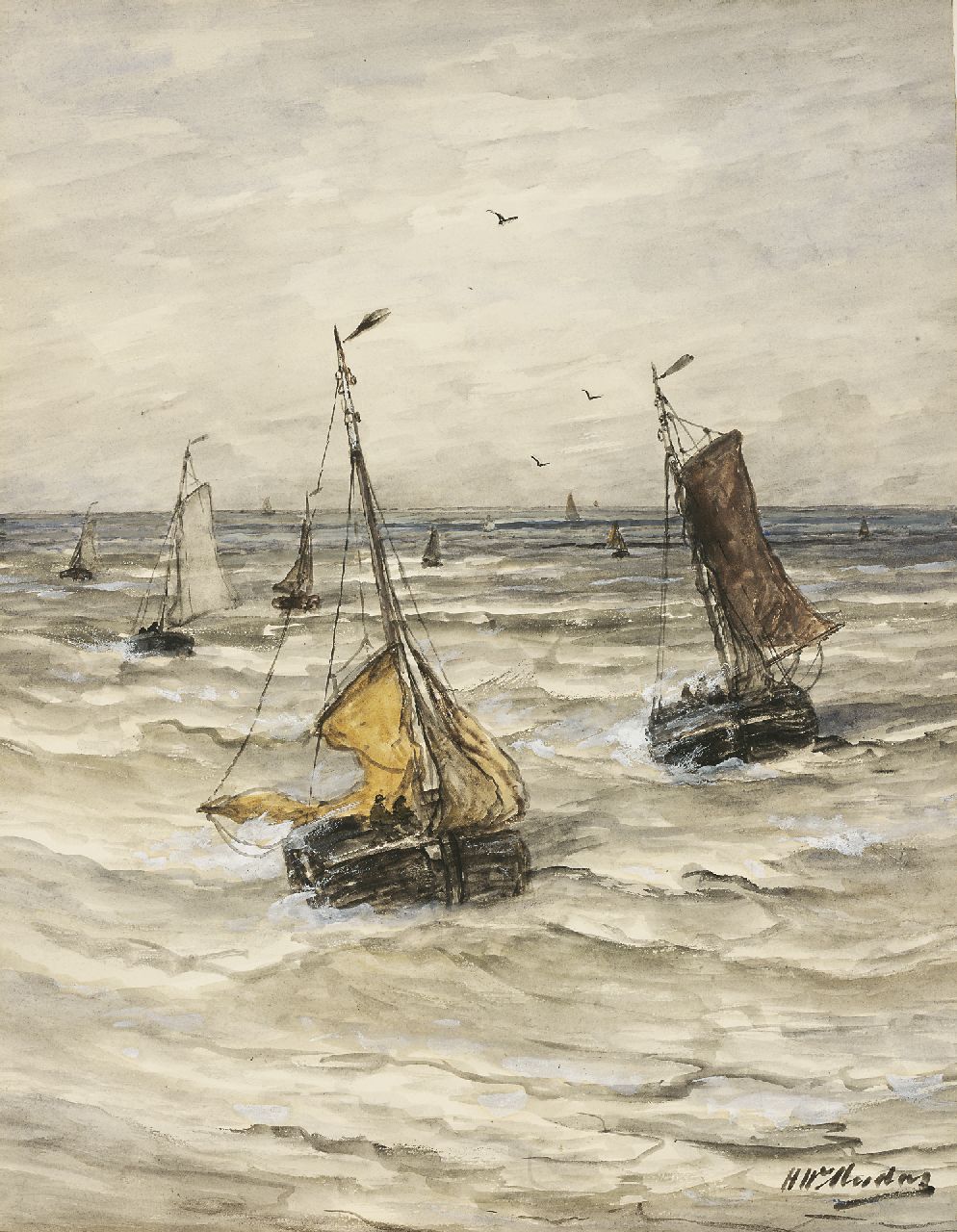 Bringing in the catch
watercolour and gouache on paper laid down on paper 52.8 x 40.4 cm, signed l.r.

Bringing in the catch
watercolour and gouache on paper laid down on paper 52.8 x 40.4 cm, signed l.r.