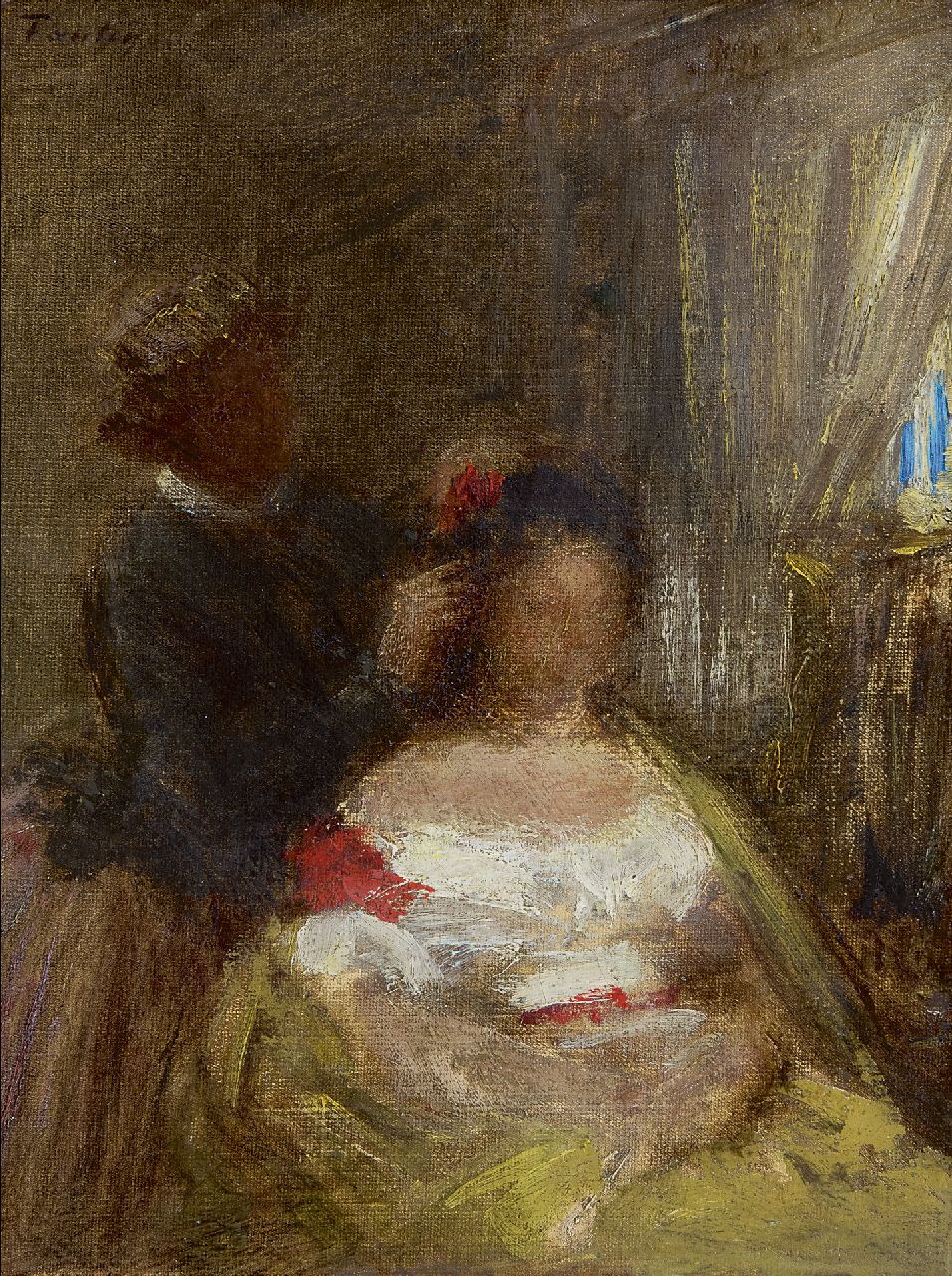 Although Henri Fantin-Latour was on friendly terms with the first generation of Paris Impressionists, artistically he was not regarded as one of them. Whilst this avant-garde movement vigorously defended its innovative art, Fantin-Latour created his own more subdued style. Unlike the Impressionists, he had little interest in landscape and city views. Instead he painted exquisite portraits and is also best known for his floral still-lifes. Fantin-Latour’s group portraits of contemporary painters and writers like Baudelaire, Manet and Zola are famous. Like his still-lifes, his portraits are generally painted in a realistic manner. A magical use of colour is sometimes used in his later, vague symbolistic, fantasy depictions, which reveal his passion for music. They resulted in many allegoric representations of the female nude in the form of bathers, nymphs and odalisques. 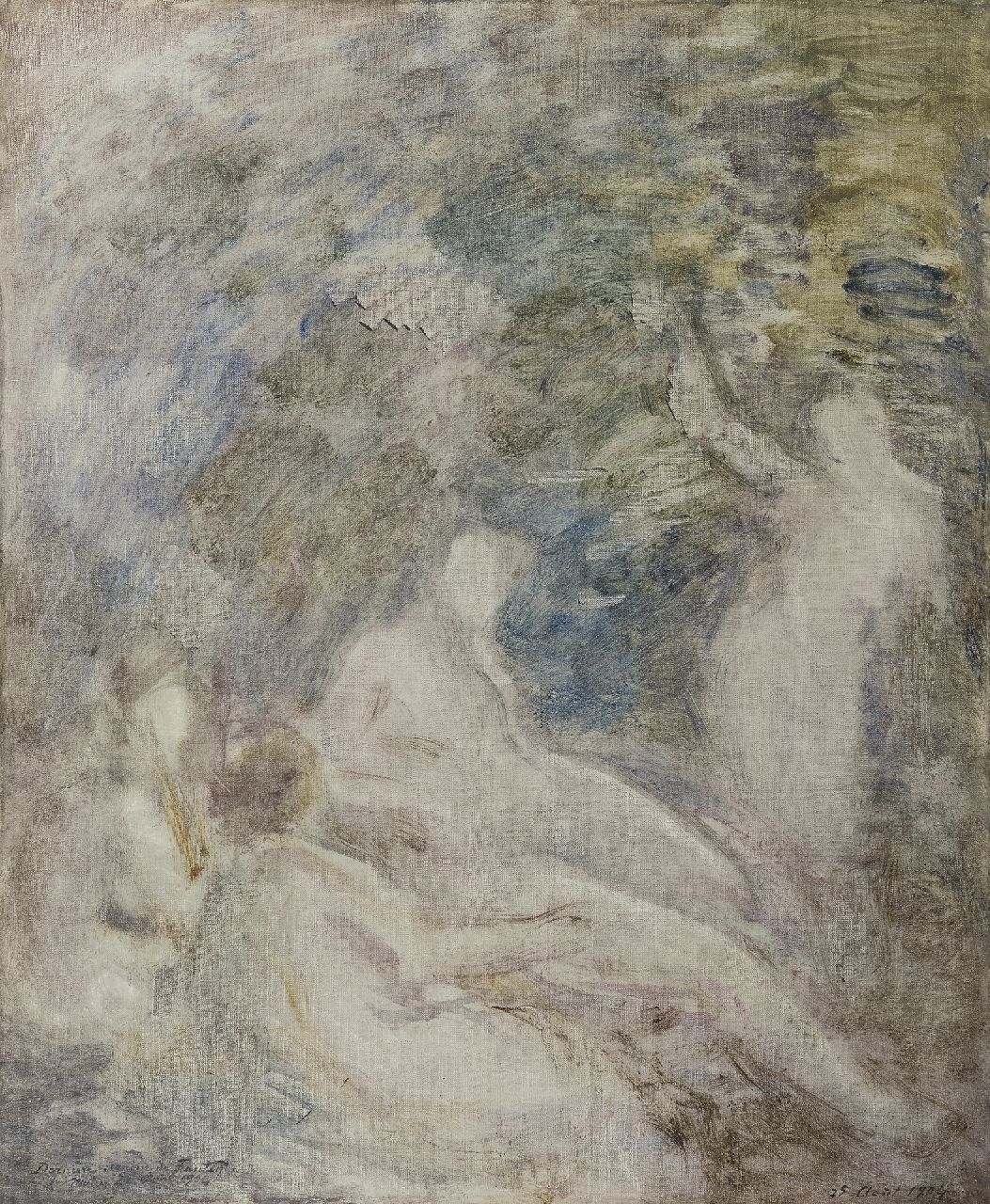