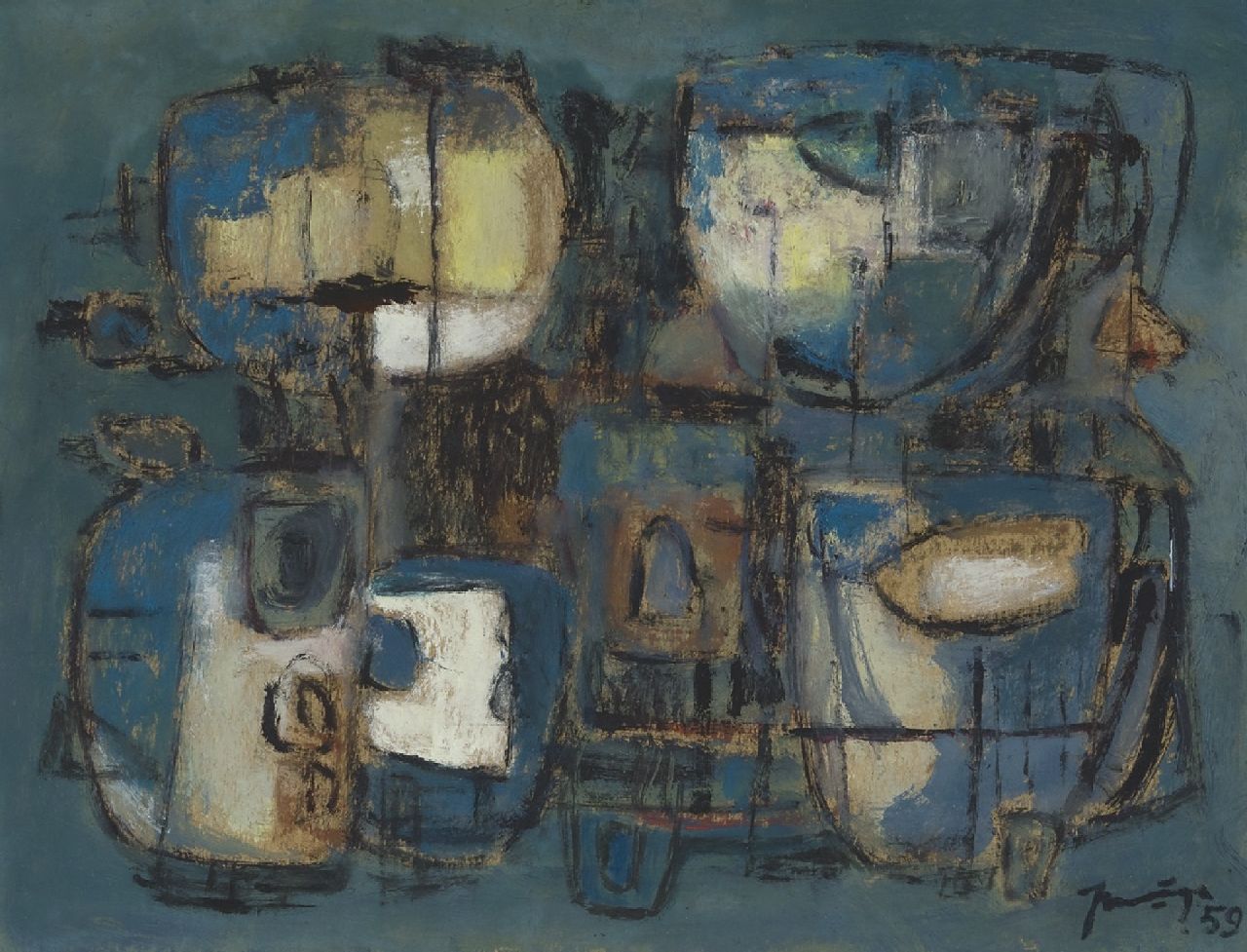 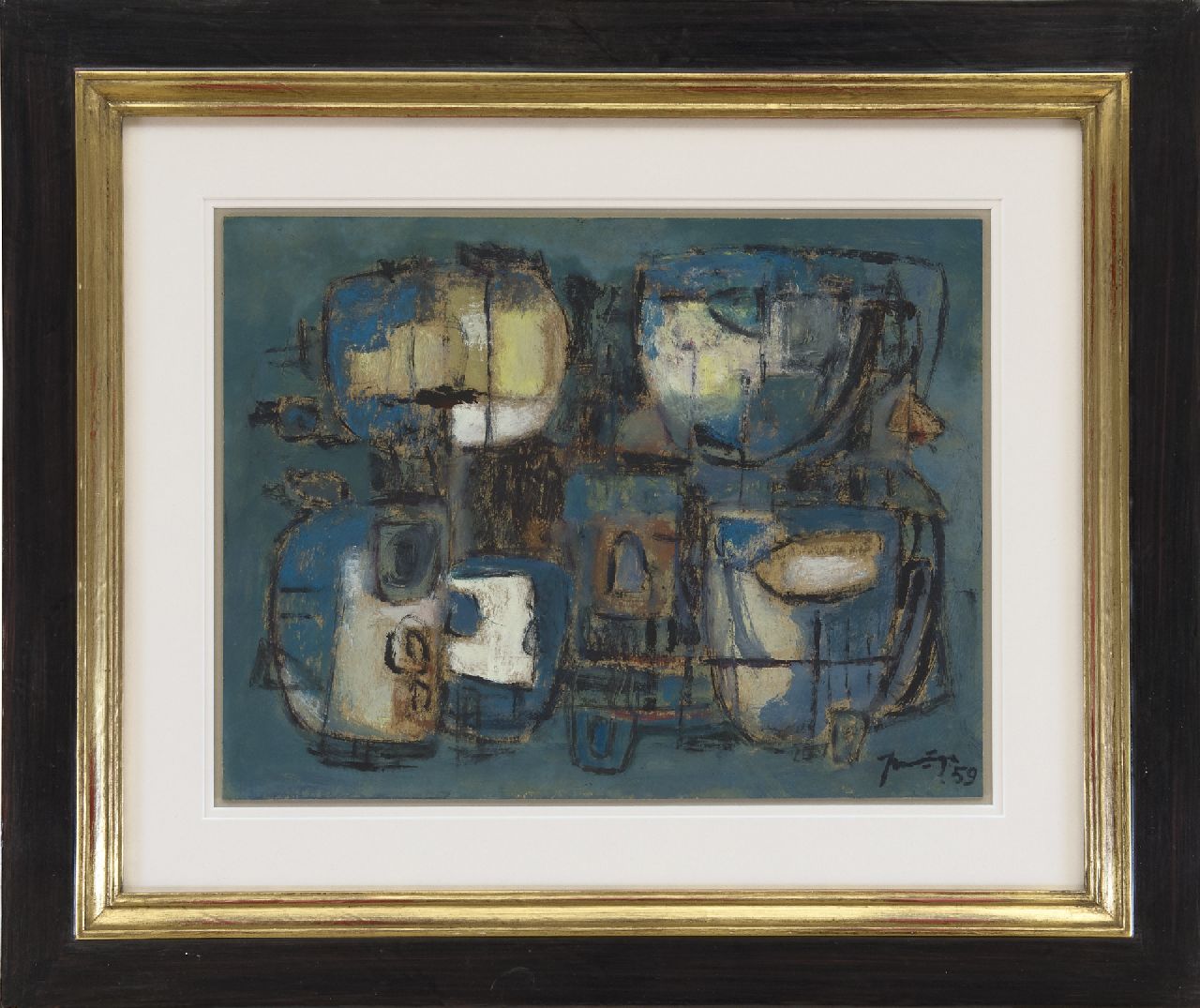 Jaap Nanninga belongs to that group of Hague painters who only made the step from figuration to abstraction after the Second World War. Among the influences on his development was the abstract work of Geer van Velde, whom he met in the South of France in 1946. Nanninga’s compositions consist of forms which he intuitively sets down onto canvas.

Artworks for sale from Nanninga J. 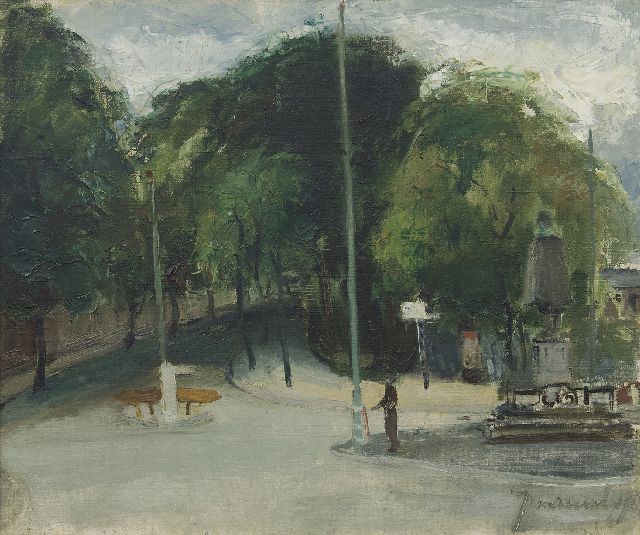 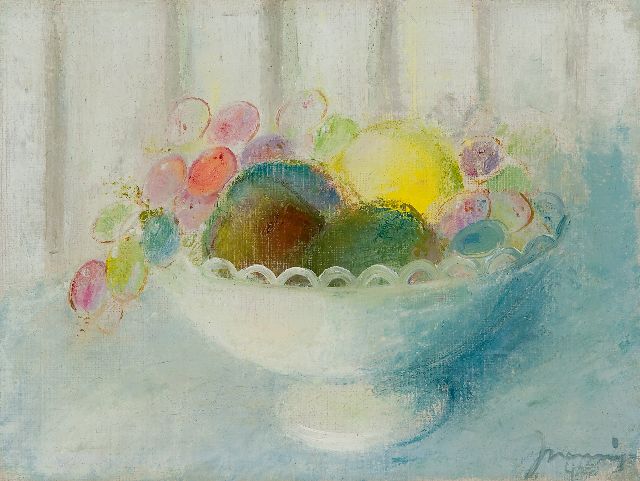 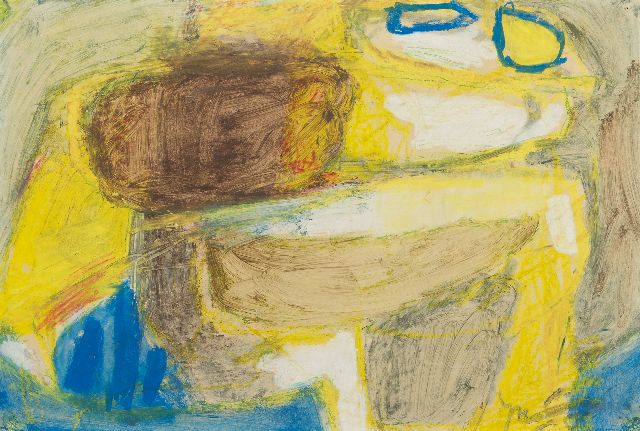 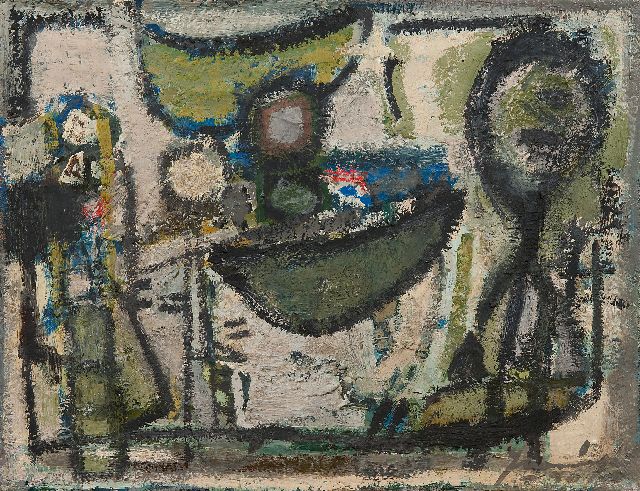 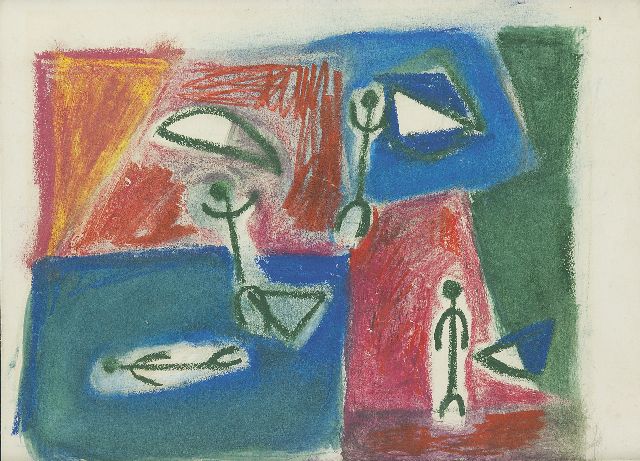 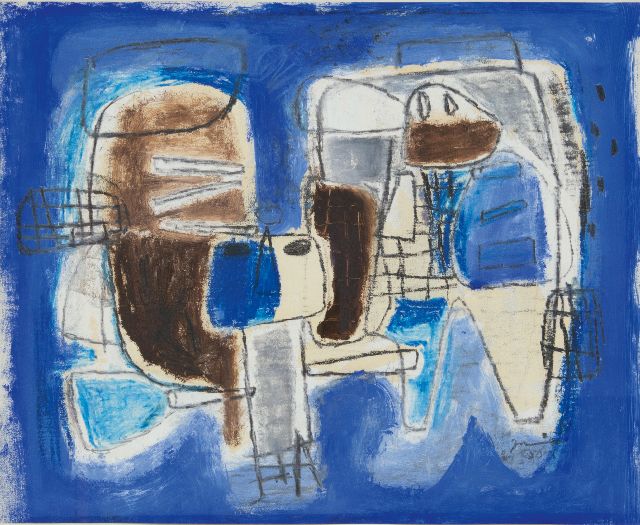 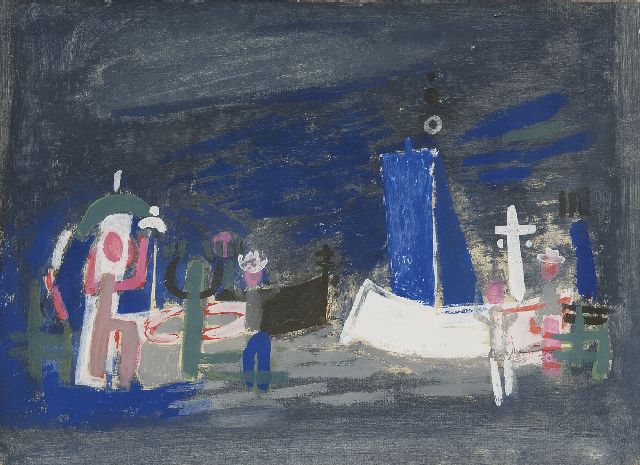 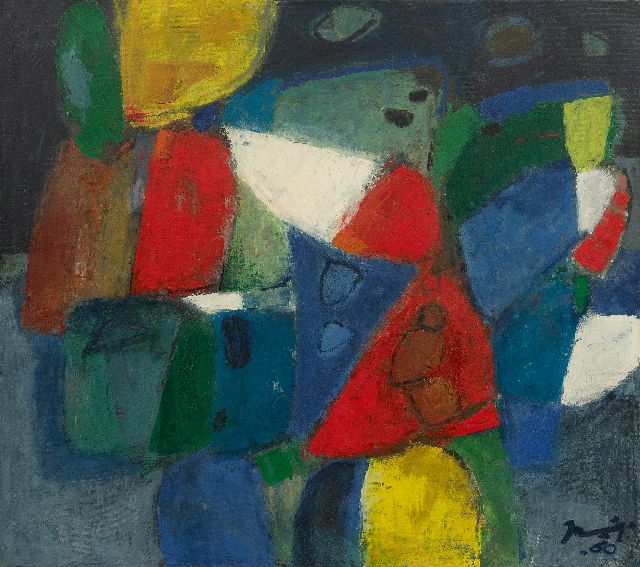 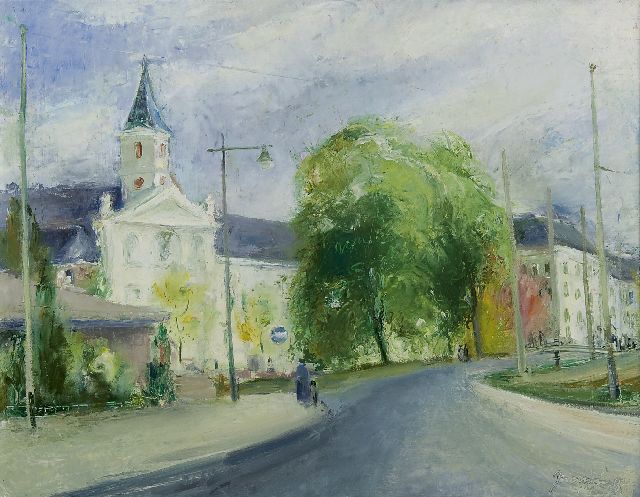