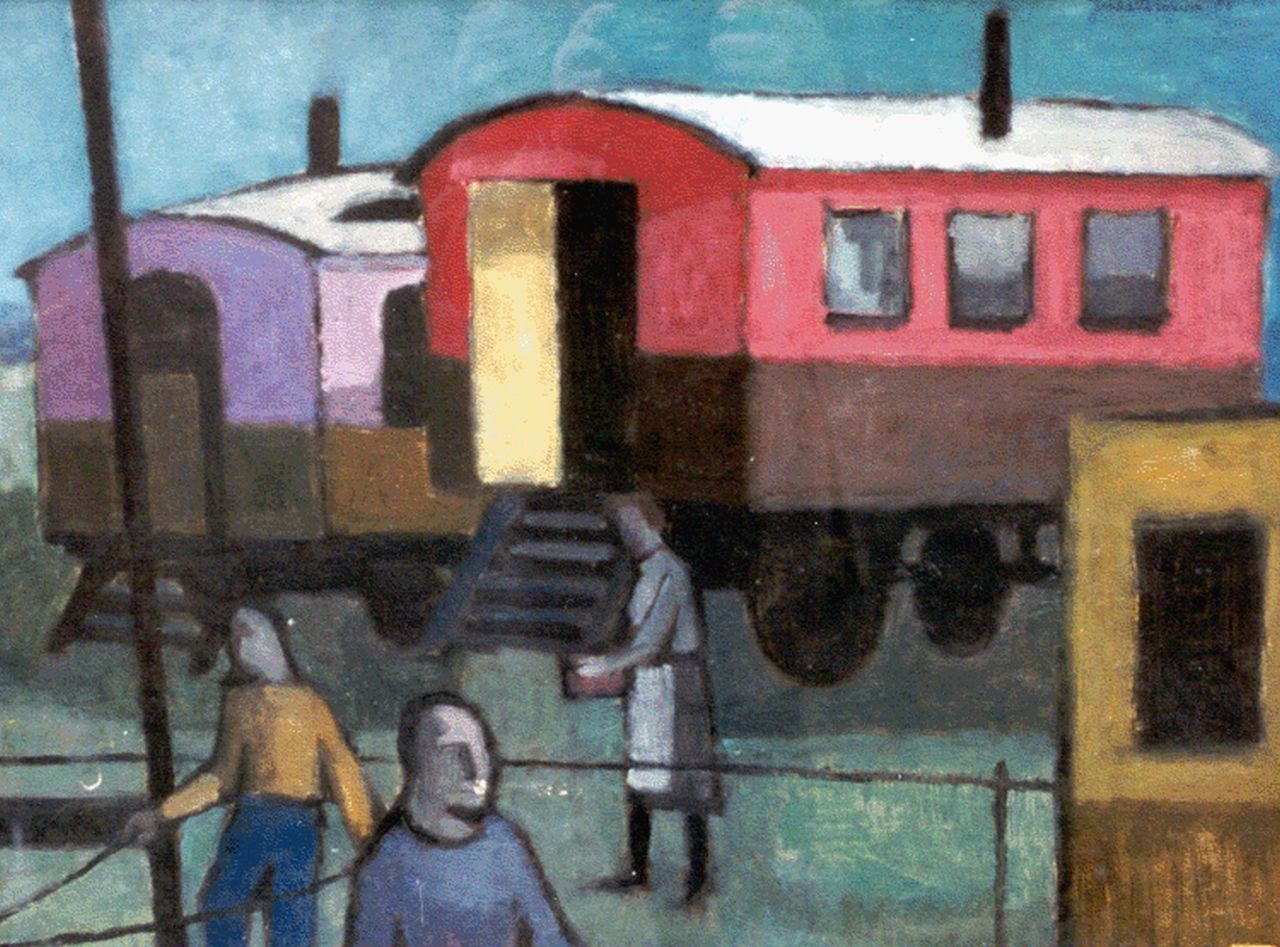 Jan Battermann was born in Amsterdam in 1909 and attended the city’s art academy. From making his debut as a figurative 'fijnschilder', he progressed to a highly impressionistic period. In the 1960s he evolved towards painting non-figurative, mostly abstract compositions on a large scale in gouache and oils. Battermann also began experimenting with graphic techniques in 1955. 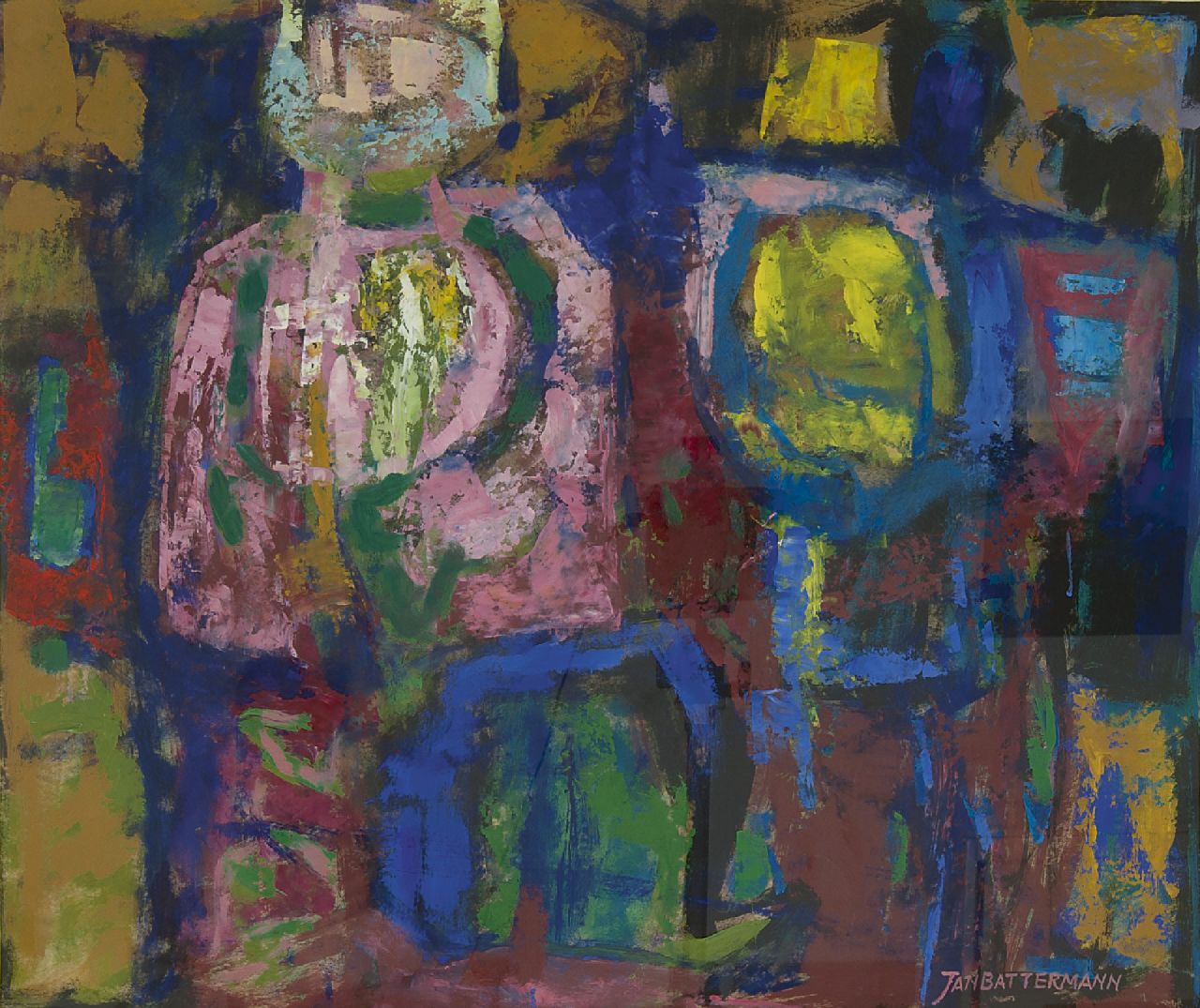