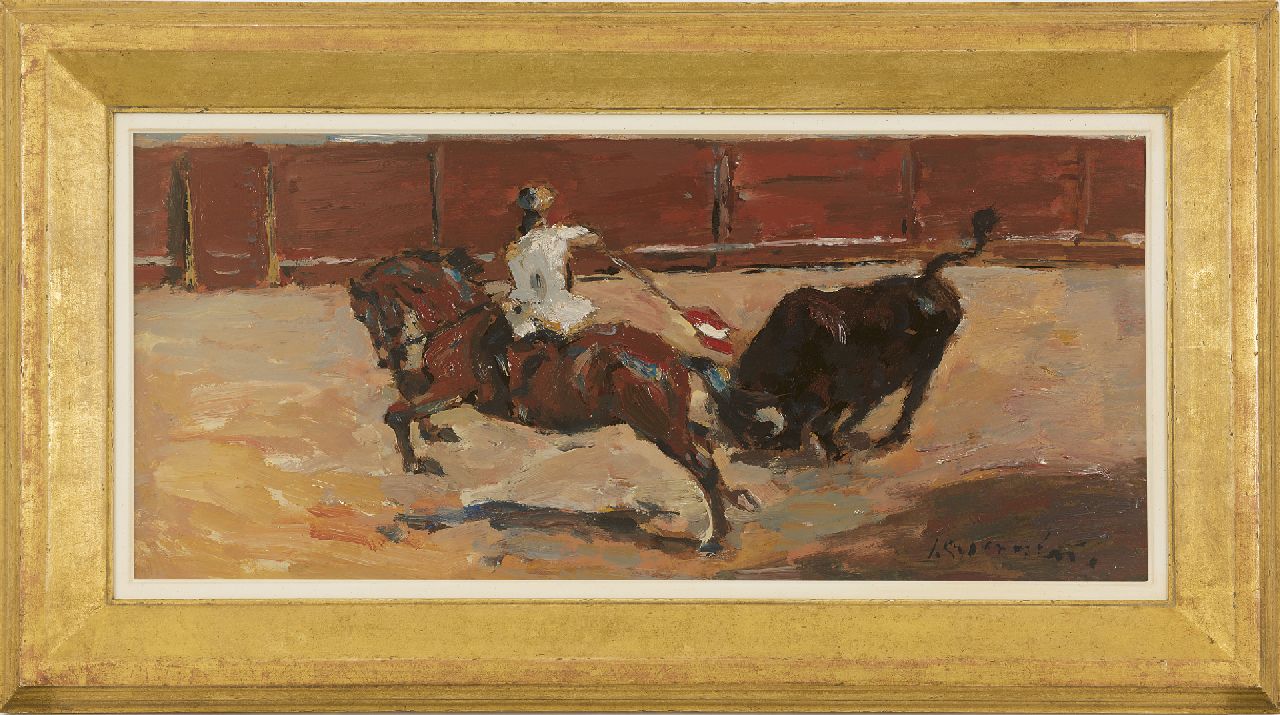 Jan Groenestein, who was educated at the Rijksacademie in Amsterdam, was one of the first members of the 'De Realisten' artists' association founded in 1948. With their expressive, figurative paintings, these artists wanted to counterbalance the growing group of abstract working artists. Their main examples were the German expressionists, Campendonk, Beckmann and Fiedler. Horses and donkeys are the main theme in the work of Groenestein, which, apart from paintings and drawings, he also works out in in the form of animal plastic, mosaics and wall paintings. For his work, the artist received the Willink van Collen award and in 1947 the Royal Grant for Painting.